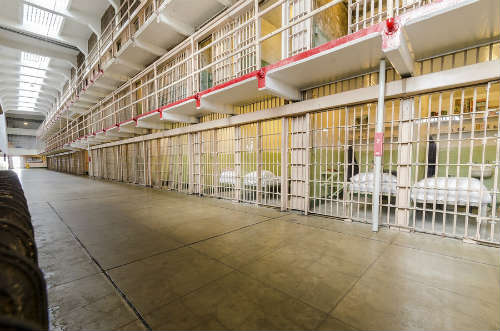 More than three dozen ex-prisoners in Texas just hit the lottery – or so it may seem – after the men had their convictions overturned based on DNA evidence, and now stand to become instant millionaires because the state is compensating them for being wrongfully imprisoned.

This article from the Associated Press gives the details:

After reading it, I couldn’t help but thinking that this is a disaster in the making. These former inmates have each spent many years behind bars. In fact, several had been imprisoned two decades or more. Now, all of a sudden they get out of jail and, to rectify the terrible ordeals they endured, the state of Texas is throwing more money at them than they ever dreamed possible.

Let me state upfront that I agree 100% with the concept of restitution and compensation for the wrongly convicted. Frankly, no amount of money can make up for all that these exonerated men no doubt suffered in prison, let alone the impact on their lives from being separated from family, friends and loved ones.

However, I have to question what in the world would possess a state like Texas to do something so foolish as to give a million dollars or more to ex-inmates without giving them any financial education?

The average person who’s been living in society is apt to blow big sums of money without proper money-management training and guidance. This has been proven time and time again by so many lottery winners whose lives end up in financial and personal ruin. So why should we expect any different result from these exonerees?

If they can provide all these social services and benefits, couldn’t they throw in some financial literacy training too?

In fact, taking a money-management and personal finances course should be a requirement for these gentlemen to get the money coming to them, because it’s the tax payers who are paying the the mistakes the state made. Since there is no such requirement, and no financial education component involved (at least according to the details of the AP story), it makes you see how disconnected politicians and others can be when it comes to real-word affairs.

These men are being set up for failure. The windfall they will soon get may seem like a “blessing,” right now, but I can assure you many of them will unfortunately find the money (and all the issues that come with it) to be a “curse”.

By the way, Texas isn’t alone in doing this. Dozens of other states also have similar laws to compensate wrongfully convicted individuals; though no states are anywhere as generous as Texas.

As a nation, when are we going to learn that simply throwing money at a problem is rarely the best solution?