Why Banks Lend and Why The Don’t 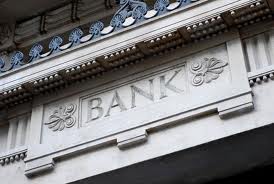 In order for a bank to declare that it is FDIC insured, it must meet certain financial requirements imposed by the FDIC. Specifically, banks must maintain healthy, federally-mandated “capital ratios.” This refers to the amount of capital (or dollars) a bank must have set aside in reserves in order to guard against future, potential losses.

One key capital ratio for banks is called a “risk-based capital ratio.” It measures the capital a bank has (such as its common stock, preferred stock, and undistributed net income/profits) versus the amount of “risk-weighted” assets that bank has. These risk-weighted assets can be anything from corporate bonds and consumer loans (including mortgages, auto loans and leases, student loans, credit cards and personal lines of credit) to government notes and cash. The former – corporate bonds and consumer loans – all carry a risk rating of 100%, meaning they are highly risky since there’s no guarantee at all that they will be repaid. Meanwhile, government notes and cash are deemed risk-free.

If the notion of a loan being both an “asset” and something that is “risky” seems a little tricky, let me explain it briefly. A loan/credit line is called a “risk-weighted” asset because on the one hand, it is an asset, inasmuch as it represents a promise by a borrower to repay that loan/credit line (most often with interest). At the same, a loan is also considered a “risk-weighted” asset (emphasis on the word “risk”) because there’s always a chance, no matter how small or large, that the borrower will not repay a bank as agreed.

As you can see, the more credit a bank extends, the more capital it must be able to show the FDIC as proof of its financial strength – especially in the event of potential losses or other unforeseen circumstances. Without a healthy amount of capital, a bank runs into trouble with federal regulators. Once the FDIC labels a bank as “Undercapitalized,” it issues a warning to that institution, telling it to shore up its reserves.

If the bank fails to perform, and its capital ratio falls below 6%, into “Significantly Undercapitalized” territory, the FDIC has the right to step in, change the company’s management, and insist that the bank take appropriate steps to remedy its capital shortfall. If a bank’s finances become so dire that its capital ratio drops to less than 2%, and it is deemed “Critically Undercapitalized,” that’s the point at which the FDIC declares the bank insolvent and can take over management of the institution. These illiquid banks are either run by the FDIC, as is currently the case with IndyMac, which failed in 2008, or the insolvent institutions get sold off by the FDIC to another bank.

The Long-Term Implications of the Financial Meltdown

So what does all this mean for you? If you went through the ringer during the downturn, say you lost a good-paying job or maybe you even lost your home to foreclosure, you may have thought that those setbacks represented the single-biggest impact on you resulting from the financial crisis. If you believe that, however, you are sadly mistaken. Don’t get me wrong: Unemployment and foreclosure are major challenges, and they can have a host of far-reaching implications. But in the scheme of things, those are one-time obstacles. In truth, the single-biggest impact on you stemming from the financial crisis is that the credit environment has dramatically changed – mainly because the entire banking landscape has been forever altered.

This new economic, banking and credit environment have the power to impact you, your family and your financial dealings for decades to come, likely for the rest of your life. You might miss that old job, or your previous home, but their loss will not impact your credit, or your ability to get a much-needed loan in a decade from now, let alone two or three decades into the future. The new credit environment, however, will continue to have reverberations for decades.

Banks Cutting Back on Lending Are Fighting for Survival

Considering the enormous upheaval the financial community has undergone, can you see why banks, credit card companies and others have become a lot pickier about to whom they lend money? They had to. It’s a matter of survival. Otherwise, making too many bad loans can mean the death of a financial institution – even a century old bank that was once seemingly rock solid. Look no further than the spectacular collapse of Washington Mutual in September 2008 and its takeover by Chase. WaMu was founded in 1889.

For many decades, it was considered a great and mighty financial powerhouse. But with $307 billion in assets, and $188.3 billion in deposits at some 2,239 branches, WaMu went under in what is to date the single largest bank failure in U.S. history. In fact, as of October 2009, if you examined the biggest American bank failures ever, where insolvent banks had $1 billion or more in assets, you’ll find that 72% of those bank collapses (more than 7 out of 10!) occurred in 2008 or 2009. These bank failures have cost the FDIC billions of dollars and, some say, threatened the stability of the FDIC, the very institution that is supposed to back up banks.