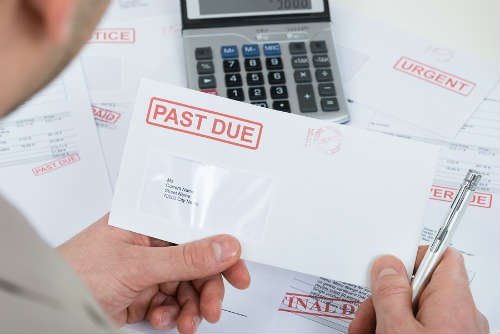 Which Bills Should I Pay Before Filing Bankruptcy? 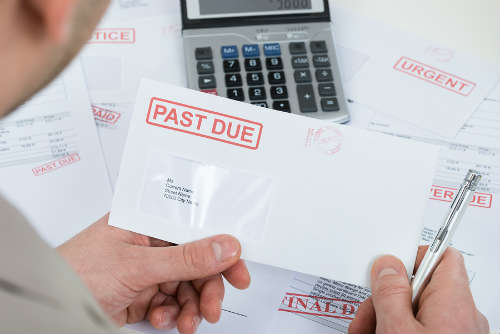 Q: I want to file for bankruptcy this year. Should I pay off the small bills that I can afford to pay before I file bankruptcy?

It is my opinion that bankruptcy should always be a last-ditch alternative when you are facing economic hardship. Only you know if you have truly explored other viable options – such as negotiating with your creditors, practicing better budgeting techniques, reining in your spending, or getting help from a credit counseling/debt management firm.

If you have tried these avenues, and your debts remain insurmountable, then you examine all your bills and assess whether you can realistically pay off everything you owe in seven years. If the answer is “No,” then it is perhaps time to consider bankruptcy.

Understand, however, that bankruptcy is no magic bullet. For starters, certain debts, like overdue student loans, typically can’t be discharged in bankruptcy. Realize also that with multiple credit problems and serious delinquencies on your credit report, while you can improve your credit rating in a year or less – you won’t be able to use bankruptcy or any other method – to just wipe the slate clean and give yourself a new credit record.

Some credit problems are best healed simply by the passage of time. Fortunately, it probably won’t take as long as you might think to restore yourself to a healthy credit status.

The Impact of Bankruptcy on Your Credit

Although a bankruptcy is a way of you legally discharging your debts, it is also perhaps the single-most negative mark you can have on your credit. Bankruptcies generally remain on your credit report for 10 years. After that time, they should drop off your credit file and have no impact on your credit score.

Note that, according to FICO, a bankruptcy that is “Dismissed” does not lower your FICO score. This is because a “Dismissed” bankruptcy does basically wipe the slate clean, and is regarded from credit-scoring firms as if the bankruptcy never happened. For those who have filed bankruptcy, check your credit reports from Equifax, Experian and TransUnion.

Lastly, while other details about a bankruptcy – such as the court involved, the case number, or the type of bankruptcy filing (Chapter 7 or Chapter 13) – do not impact your credit score, you should nevertheless try to ensure that this data is also reported correctly.

Why Bankruptcy No Longer Carries the Same Stigma

Happily, when it comes to negative aspects of your credit rating, the credit industry forgives your past mistakes faster than ever. For instance, a little more than a decade ago, if you had a very serious problem with your credit, such as a bankruptcy or foreclosure, you were pretty much a pariah.

No bank would touch you for major credit, like getting a mortgage, for at least five years. In some cases, lenders wouldn’t even risk extending you credit until that bankruptcy fell off your credit reports altogether. These days, while the credit-reporting rules remain the same concerning how long that bankruptcy can be reported on your credit file – it’s still 10 years – what has changed is the credit industry’s view of that past transgressions.

Banks and other lenders now routinely offer mortgages to people just two years after a bankruptcy is discharged. FHA loans allow people to get a mortgage one year after bankruptcy if the bankruptcy filing was caused by a hardship, as opposed to fiscal mismanagement.

In fact, you can still be in a Chapter 13 bankruptcy – where you’re repaying your creditors over three to five years – and get an FHA loan, provided you’ve made your most recent 12 months trustee payments on time, you can pony up a 3.5% down-payment, and prove that you can afford the new mortgage.

Your Recent Payment History Matters Most

Similar benefits come from the credit-scoring side of the credit industry. Your FICO scores obviously take into account your payment history. Having one late payment can knock 50 to 100 points or more off your credit score.

But the impact of late payments doesn’t have to last seven years, even if the negative information stays on your credit report for that long. According to FICO executives, their scoring model takes into account how recently the late payment occurred.

In fact, the “recency of delinquency is really important in the new (FICO scoring) model,” says Tom Quinn, Vice President of Scoring at FICO. “It’s going to be super predictive of your future payments in the near term. So (your) more recent behavior is really heavily weighted in the credit scores.”

In other words, a single late payment that happened last months will be more detrimental than one that happened 12 months ago. Similarly, if your last late payment occurred two or three years ago, it’s very likely that your FICO scores could have rebounded completely, provided you’ve paid all your bills on time since having that prior credit lapse.

The Importance of Paying On Time

So the important point to remember is that regardless of whether or not you file bankruptcy, the single biggest determinant of your credit rating – 35% of your FICO score – is based on how well you pay your bills. Just start paying everything you owe on time, and you will gradually see a rise in your credit scores. And I mean everything.

Other simple, little transactions that you may regard as minor (or even big bills that you are disputing) can all wind up having serious ramifications for your credit rating. That magazine subscription you ordered (even if it was just part of a sales promotion) can come back to haunt you if the $14.95 bill isn’t paid.

Those music videos you’ve neglected to return (since forever) could land you on someone’s collection list. And even that hospital co-payment or medical debt that you’ve been sent a bill for yet again – for the umpteenth time after your insurer refused to pay – that too could damage your credit rating.

Fortunately, there is one recent change to the world of credit scoring concerning small debts, which are sometimes called “nuisance” collection accounts. In August 2009, Fair Isaac rolled out to all three credit bureaus its newest general-purpose FICO score, dubbed FICO 08.

With this new version of the credit score, FICO says its will disregard collection accounts and other dings on your credit file when the original balance owed was under $100. “The logic there,” says FICO’s Tom Quinn, “is that for small dollar amounts, like a collection notice from a public library system, the (credit scoring) model will now bypass those and not consider those to be negative.

Any kind of derogatory public information that’s less than $100” will be excluded, Quinn adds. This certainly has the potential to help boost your FICO score if it was impacted by such a blemish.

However, even with FICO saying it won’t use those small accounts in its scoring methodology, the debts nonetheless remain on your credit file, and some lenders may require that you resolve those issues or pay off those debts before approving you for credit or a loan you may want in the future.