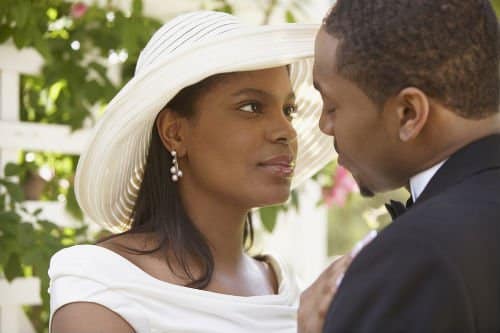 Should I Get Married Even Though My Girlfriend Has a Lot of Debt? 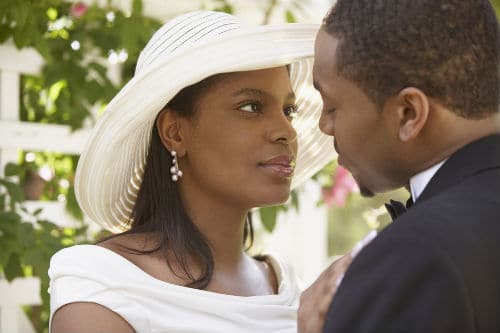 I have a reader who had a question about marrying into debt, and this is what he wrote me saying: “My girlfriend has a lot of debt. She owes the IRS about $20,000 and has outstanding student loans for about $6,000. She makes six figures, but she spends about 30% of her paycheck on family members in need. So even though she makes a good living compared to everybody else, she essentially live paycheck‑to‑paycheck.”

He went on to say, “I am unemployed and looking for a job. Even when I get a job, paying at least $60,000 annually, living here in L.A. is quite expensive.” Then he gets to his question: “Is this pretty much a bad way to start a marriage?”

Well, I had a lot of thoughts when I got this email. The first thing, though, is that obviously a marriage is both an emotional commitment, a partnership between two people who love each other, but that it’s also a financial partnership as well.

I don’t think that we should shy away from discussing money issues and the extent to which they might play a role in our relationship. So this person is correct to raise the issue about money before he enters into marriage.

I’m concerned about the question being so much about her problems and her situation and her alleged shortcomings. The person emphasized that she owes the IRS $20,000, she has student loans of $6,000, she makes six figures but she spends 30% on her family members, she essentially lives paycheck‑to‑paycheck.

Then when it came to his own situation, he said, “Oh, I’m unemployed and I’m looking for a job.” Well, you have to think that at least she has a job. So the right mindset isn’t to be overly critical about what she’s doing with her money. It’s perhaps to get her in alignment to understand that spending 30% of your income on family members is not a good thing and obviously needs to be adjusted.

But at the very least, recognize your own financial situation and your own ability to contribute financially to the relationship. Consider whether or not she’s thinking this is a bad way to start a marriage with you because you’re not employed at all.

Now you suggested that when you get a job, you’re going to be making at least $60, 000. Well, there’s certainly no guarantee that that’s the case. Yes, living in Los Angeles is very expensive, as is living in, say, the Northeast part of the country as well.

Overall, my advice would be don’t let your girlfriend’s existing obligations ‑ her $20,000 in IRS debt, her $6,000 in student loan debt, or the fact that she spends 30% of her paycheck on family members ‑ be the reason that you try to move forward or not move forward with the marriage.

If it turns out that after some serious discussions you find out that she is perennially unwilling to handle her affairs in a more positive way, then of course, yes, you should think about whether or not that’s something you want to be committed to in the long run. By the same token, be realistic and honest about your own situation. Put yourself in her situation. She may be saying, “Huh, this guy is unemployed and doesn’t even have a job. Should I marry him?”

Now, again, I would tell her just because he doesn’t have a job right now doesn’t mean that you shouldn’t marry him, because presumably he will get a job in the future. The idea here is to emphasize communication, understanding, and getting on the same page financially.