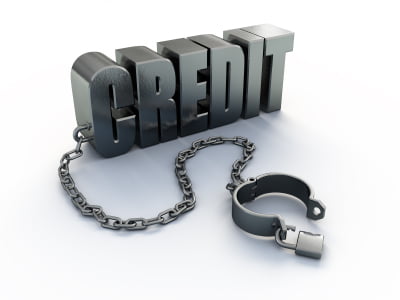 Deep in Debt? You Could Get Locked Up!

If you had asked me before today if you could get get locked up for having outstanding credit card bills, I would have said: Absolutely not. After all, debtors’ prisons in the United States were abolished in the middle of the19th century. Unfortunately, however, a frightening and little-known occurrence is taking place in cities all across America: People are, in fact, being put in jail simply because they can’t afford to pay their creditors.

This chilling article in the Minneapolis Star Tribune details how common the practice is in various parts of Minnesota, and how it’s also taking place throughout the rest of the country, too. For the most part, those getting thrown in jail for being in debt have two things in common: First, they obviously didn’t pay their creditors as agreed. Equally important, though, they failed to show up at court hearings about their debts, which resulted in debtor warrants being issued for their arrest.

If you’re being hounded by debt collectors, read my article ‘5 Tips if You’re Facing Court Action from a Debt Collector,’ as well as another piece I wrote called ‘Why You Should Answer a Summons on Debt Collection.’

As I read the Star Tribune article, ‘In Jail for Being in Debt,’ my jaw literally dropped. The article profiled multiple individuals who’ve been arrested for unpaid debts, including three women: a 57-year-old patient care advocate who defaulted on a $6,200 credit card bill after a costly divorce, a 38-year-old restaurant cook who didn’t pay a $250 credit card bill, and a 27-year-old new mom who had police show up on her doorstep when she was recovering from giving birth by cesarean section.

These women were and are not criminals. They simply could not afford to pay their bills — like tens of millions of other Americans. It is absolutely outrageous that the legal system has now become an instrument of the overly aggressive debt-collection industry. It’s bad enough that people who are truly unable to pay off old obligations get harassed by debt collectors, called at all hours of the day and night, and threatened with wage garnishments or seizure of their bank accounts. Now they have to worry about being incarcerated, too?

A Call to Action

Concerned citizens everywhere should spring into action over this gross injustice. Here’s what can be done:

– Call or write your senator or congressman and voice your displeasure.

– Check out the laws in your own state and inquire about whether “debtor warrants” can be issued where you live.

– Ask your local representatives to enact or change relevant laws concerning this area.

– Spread the word to those you know who might be impacted by this unfair phenomenon.

Unfortunately, in many cases, this new era of debtors’ prisons is disproportionately affecting minorities and the poor. In fact, the New York Times last year ran an op-ed piece noting that, in Gulfport, Miss., judges would routinely throw debtors — most of whom were African Americans — in jail when they couldn’t pay their debts. That treacherous tactic allowed broke debtors to “sit off” their debts. In other words, those people had to do time as a way “pay” their debts. This onerous practice didn’t stop until a lawsuit was brought against the city.

The Times called imprisoning those who can’t afford to pay court-ordered judgments “barbaric and unconstitutional.” I couldn’t agree more, particularly since so many individuals and families are currently facing tough economic times.

Throwing Debtors in Jail Affects Us All

There are some instances in which people flout the law and intentionally don’t pay certain legally required responsibilities — such as child support or taxes — even when they can afford to do so. In extreme cases, these people can wind up getting imprisoned. But that’s not what we’re talking about. The cases highlighted by the Star Tribune involve people who owe banks, credit card companies and other creditors such as collection agencies. Locking up individuals who are deep in debt simply because they are poor is cruel and unjust.

By the way, in case you’re thinking: “Why should I care? I don’t owe any money” or “Good, let them go to jail,” you should be aware that this issue affects everyone, including you: As it turns out, taxpayers pay the cost for arresting and jailing debtors.

What do you think about this trend? Should local, state or federal law allow people to get put in jail for failing to pay creditors? And has this ever happened to you or anyone you know?