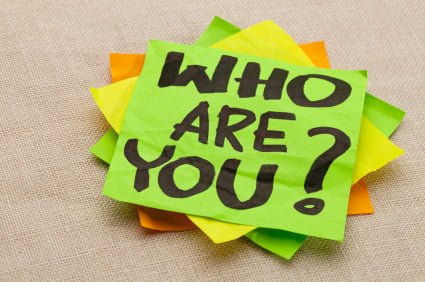 Do You Have A Split Personality When it Comes to Money? 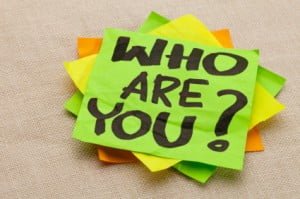 I don’t think that I’m alone in battling a split personality when it comes to money. I believe many of us have divided selves as it pertains to our finances.

For instance, the Mr. Hyde in me will allow bills (and paychecks, believe it or not) to go unopened for days.

The Hyde part of my personality can relish the thrill of spending like crazy, enjoying what I want in the here and now, and worrying about the financial consequences later. Millions of other Americans do the same thing on a daily basis.

I’ve talked to countless people across the country – mainly middle class individuals – who’ve told me in no uncertain terms that they feel like frauds.

They are living double lives because they appear to have all the trappings of success — like nice homes, fancy cars, pretty clothes or whatever – but inwardly they’re stressing about bills and barely managing to keep everything afloat.

To the outside world, their lives look picture perfect. In reality, however, they’re like royalty living in empty castles.

Many times these people can barely sleep at night for fear and worry about how unstable their lives truly are. And often these people, and you may be one of them, are battling their own financial demons.

They’re earnestly trying to get control of their finances once and for all so that money is not such a big mental drain in their lives.

Well, it’s my firm belief that you can manage your money well, without constantly succumbing to your darker impulses – no matter how tempting they may be. There’s no magic potion I can conjure up to turn things around for you.

But I can help you revamp your financial life by having you begin at the beginning; that is, you have to evaluate your current predicament by looking back at how you first came to have certain attitudes and beliefs about money.

No matter where you are economically, chances are much of what you learned about managing money (or mismanaging it), you learned in childhood.

Looking back on the experiences that shaped my ideas about money and my behavior towards it, I now realize I owe much of my money mania to my mother.

My mother was the first person in my life to teach me valuable money lessons such as how to stretch a dollar, how to balance a checkbook, and the importance of tithing and sharing with others.

Mom also unwittingly taught me a slew of harmful and mixed messages about managing money and budgeting.

I grew up somewhat poor in Los Angeles; not dirt poor, but definitely not even middle class by any standards. After my parents divorced when I was around seven years ago, my mother raised five daughters alone.

She held various positions: cashier, receptionist, secretary, never making more than $35,000 in any given year. Nevertheless, I remember my mother splurging when she wanted to – on us and on herself.

When my younger sister, Hope, begged for a Cabbage Patch doll the year they came out, somehow my mother managed to track down those elusive funny-looking dolls – and came up with the $100 to pay for it.

That $100 indulgence likely caused our phone bill or utilities to get disconnected, a common occurrence during that period.

Then there was the time at Christmas that my mother bought us an Atari video game system – complete with a set of videos. We all loved that. But I’m sure my mom was stressed on January 1 when she didn’t have the money to pay the rent.

And even though we were poor, my mother saw to it that we had plenty of food in the house, not to mention the best food available: premium whole-grain bread, top grade chicken breasts; fresh vegetables and so forth.

When she felt especially generous, my mother indulged her daughters by buying each one of us our own quart of Haagen Daaz ice cream. Vanilla Swiss Almond was a favorite in our household.

It didn’t matter that we really couldn’t afford those small quarts of rich-tasting ice cream, not when they were roughly $1.99 apiece and a gallon of store-brand ice cream was about $2.59. None of that mattered because my mother wanted the “best” for her girls.

As my sister, Deborah, now recalls: “Sure, we had the best food. But I remember what it really cost. Having the ‘best’ meant we ate well for two or three days, then we’d have no food for a few days.”

Sounds crazy now, but I recognize it for the money mania it was. Thank God my mother also taught me other good things, like generosity, tithing, helping others in need and more. But we all have had our childhood influences that linger with us as adults. What about you? Was there anything in your childhood or upbringing that has given you a “split personality” when it comes to money?