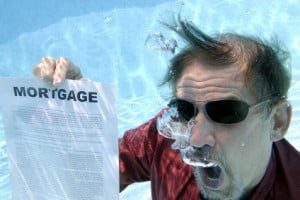 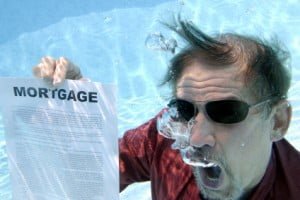 Q: I am a single woman sharing a mortgage with my mother. I purchased the house from her in 2004 to prevent her from filing bankruptcy and losing her home. We’ve refinanced twice and now the loan is twice the amount of what the house is worth. My credit is not great.

I’m in debt minus the loan on the house of about $15,000. The bulk of that is a $10,000 loan I applied for an got (surprisingly) while I was unemployed. Isn’t that called predatory lending.

I would love to leave here and find my own place but I need to get my credit in order. Some of my debts are 5 years old. I don’t want to pay these if I really shouldn’t. What’s the best thing to do? Also, re: the $10,000 loan, I know I should not have applied for the money but I was desperate as our mortgage was 3 months in arrears and in danger of being foreclosed on.

Is there a way that I could get this debt removed as it was a predatory situation?

A: It sounds like you and your mother can not only not afford your home, but the house itself is also severely underwater. I understand your desire to improve your credit and get your own place, but honestly, you must fix problems A, B, and C before you can move on to issues D and E.

In this case, problems A, B and C are: getting realistic about your financial past and present, learning how to create and live with a budget, and dealing with your home dilemma. Until you first do those things, you won’t be able to pay off your debts (issue D) or improve your credit (issue E).

So let’s start with the first thing: a reality check. You seem to have attempted to throw your mother a lifeline, only to wind up nearly drowning yourself. Your email said you bought the home from her back in 2004 to help her avert bankruptcy and foreclosure.

Despite your best intentions, you also stated that you and her wound up 3 months behind on the mortgage and in danger of being foreclosed upon anyway. That’s what led you to seek out the $10,000 loan you’re not saddled with.

What happened to during the time of your unemployment? Your message indicated that you were twice laid off and that you “made some not so smart money decisions?” Whatever those decisions were, you have to truly acknowledge them, and make sure that you don’t repeat them.

It sounds to me as if you had your mother have been stuck in a cycle of making repetitive bad decisions. I hope you don’t think I’m being too harsh on you. Because I’m telling you these things honestly out of care and concern for your situation.

I can sense your struggle and I know it’s very hard to be in such a tough predicament. I’m just giving you a bit of “tough love,” however, because I’ve seen cases like this time and time again. The only way people get out of these dilemmas is by actively breaking the cycle and ending the behavior that landed them in hot water.

Now let’s move on to the second issue: having a proper budget. Unfortunately, most of us grow up never having learned to create a realistic budget. This is likely true of your mother, and it’s probably true for you as well.

Read this article I’ve written on budgeting and this post too, to get some ideas on how to budget to better manage your finances. Additionally, read this post about budgeting and financial planning when you go through a layoff or have reduced income.

So what about the house? The fact that you’ve both faced foreclosure at least twice, and have even refinanced twice since 2004, yet you have still wound up deep in debt and deeply underwater tells me that you can not truly afford this home.

I assume you refinanced in recent years to take advantage of relatively low interest rates. But I also suspect that you took cash out of your home as well. I could be wrong. But that’s certainly what many people did during the heydey of the housing market. How was that money used? Did you pay off debt, set aside any savings, or do something else with it?

I recognize, of course, that part of the reason your house is likely under water is because home prices have fallen greatly in many parts of the country. But the fact that you owe twice as much as your home is worth signals that something else was going on.

If I were you, I would investigate the prospects of a short sale or a deed in lieu of foreclosure. I don’t know where you live, but it’s highly doubtful that your home will “come back” in value anytime soon.

Unfortunately, short sales and deeds in lieu of foreclosure do have negative ramifications for your credit. But these are short-term hits from which you can recover, if you’re prepared to move on and do the right thing financially in the future.

You asked about the loan you got while you were unemployed. I don’t know of any way to legally get this loan eliminated or removed from your credit reports. Just because someone loaned you money at a time when you weren’t working doesn’t make the loan a “predatory loan.” Unfortunately, scores of lenders all across the country did this — both reputable lenders and not-so-reputable ones. Honestly, I don’t know which camp your lender falls into.

Nevertheless again, I want you to be willing to take responsibility for your own actions, and not put the blame elsewhere. You stated to me that you knew you shouldn’t have applied for the loan in the first place but that you were “desperate.”

Plus, the reason you applied for the loan was because you were in arrears on your mortgage. That’s certainly not the fault of the lender that gave you the $10,000 loan. So it’s not fair to now accuse them of “predatory” lending. Predatory loans are characterized by unreasonably high interest rates, abusive pre-payment penalties, or excessive loan fees including enormous commissions for lenders or mortgage brokers.

Don’t worry about paying off 5-year-old debts at this point. You’ve got enough on your plate to try to pay your current bills. And trust me: In the long run, you will be far better off if you take my advice and deal first with these issues before you attempt to pay off old debts or improve your credit rating in order to try to get another place to live.