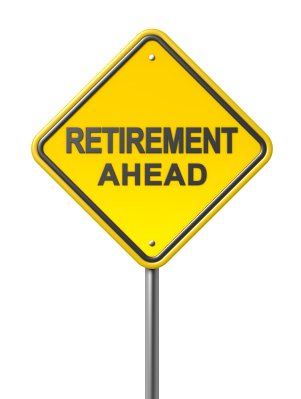 5 Financial Secrets to a Happy Retirement 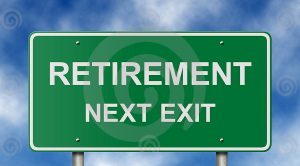 What’s your image of a happy retirement? Does it involve lazy days on a beach, traveling the world or pursuing a favorite pastime? Or maybe volunteering? Or are you finally planning to get to all those projects around the house that you’ve put off for years?

Whatever your ideal scenario, you’ll want to make sure you have the financial resources to support it. That doesn’t mean you need to be rich to be content — far from it — but it does mean that you’ll need to plan ahead for retirement and manage your money wisely once you get there.

Keep these five financial secrets in mind as you work toward your version of a happy retirement:

Secret No. 1: Wealth without health is meaningless

Tamara Haskins, founder of Haskins Wealth Management in Highland Park, N.J., says she’s seen far too many pre-retirees practically work themselves to death just before they plan to leave the work force. Often, these are “late starters” who haven’t saved enough money, so they put in enormous amounts of overtime at work or take on second jobs to boost their finances.

“Then they’re stressed out, and because they haven’t taken care of themselves, their health suffers in retirement,” Haskins says. “But health and wealth go hand in hand, because it doesn’t matter how much money you have if you’re sick and you can’t enjoy it.”

Retirees Allen and Violet Large are a good illustration of this. Married for more than 35 years, the Canadian couple recently won an $11 million lottery — and then promptly gave it all away.

When they hit the jackpot, Violet was battling cancer and undergoing chemotherapy. For them, the money was a “headache,” more hassle than help, they said. So the couple did something unconventional: They donated the cash to a laundry list of charities, nonprofit organizations and causes they support, as well as to family members in need.

“We haven’t spent one cent on ourselves because we’ve been too busy getting everything looked after, and with my health, I have to wait to get my health back to get the energy to do anything,” Violet told Canada’s National Post, adding: “Money can’t buy you happiness or health.”

Secret No. 2: Less is often more

A curious trend is taking place in communities across the nation: Americans are opting for smaller homes. Apparently, the idea that bigger is better when it comes to buying or building a dream house is being abandoned.

Consequently, many people — including middle-aged adults, empty nesters and retirees — are selling big homes that no longer make personal or economic sense.

“There continues to be a rising number of baby boomers who are now cashing out, even at today’s rates, and going to buy smaller or more affordable homes,” says Jed Smith, an economist with the National Association of Realtors.

According to Smith, many people 50 and older “are moving to places like Tennessee, North Carolina, Arizona and Florida, where there is lower-cost housing.”

Besides the economic benefits, there’s a reason so many boomers and preretirees start downsizing as they age. Many people have concluded that having large homes and all the material goods they once thought were so important simply don’t make them any more satisfied in life.

Secret No. 3: Experiences, not things, enrich your life

If you look back at your past spending, chances are you’ll remember fondly — and perhaps in great detail — experiences you had, as opposed to stuff you bought. In fact, a growing body of research suggests that once you have enough money to meet your basic needs, acquiring a lot more money (or a lot more possessions) doesn’t make you any happier.

What does bring immediate and long-term satisfaction, though, is spending that is tied to experiences.

Scholars think one reason that experiences improve your happiness quotient is because you can reminisce about them later. Just recalling that trip to Spain, that wine-tasting event with friends or that summer photography class is far more likely to invoke pleasant memories that you’ll later talk about. The same thing likely won’t be true for that sofa or new suit you bought three years ago.

Read the rest of Lynnette’s article on AARP.org,