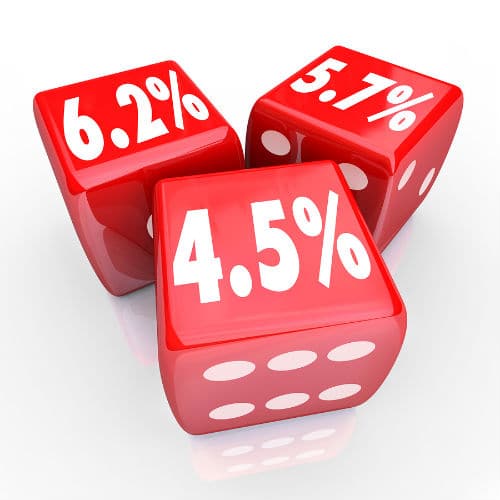 How Can I Get a Lower Interest Rate on my Husband’s Student Loans?

A: First of all, I’m a little concerned that you’ve taken on, it seems, almost full and exclusive responsibilities for paying off your husband’s student loans. Not that a wife shouldn’t, obviously, be financially supportive of her mate. I always encourage that. But the level of ownership that you seem to have taken in this issue suggests that your husband has perhaps abdicated some of that responsibility to you, or for whatever reason, you’ve taken it on.

You said, “I’m going crazy trying to pay my husband’s loans. I was behind. I have everything current, I consolidated. I have tried everything.” All of that, to me, indicates that your husband isn’t very active in this process. And I frankly think he should be, considering he’s the one who got the loans.

Having said all that, let me get to the heart of the issue here, which is that you want to get a lower rate. Now, you didn’t indicate whether or not your husband’s loans were federal student loans or private loans, which definitely makes a difference. I’m assuming, however, that he probably got federal loans. I don’t know this to be the case but, again, I’m just making the assumption.

I know this seems outrageous. However, sometimes people do, for whatever reason, want to go back to school to take another class, to finish up a degree they hadn’t finished up, to perhaps get an advanced degree, et cetera. So if it’s the case that perhaps your husband is looking to go to school for whatever reason, and he took out another loan, that loan could be rolled into, or re-consolidated again, and you could get a lower interest rate that way.

The representative who told you that, simply because he got these loans in the 1980s, he can never get a lower rate, that’s actually not true. Again, you haven’t told me what types of loans these were. So I’m not at liberty to comment on specifics about whether or not these were Stafford loans, for example, which are some of the more common federal loans that are given to people. Some Stafford loans are subsidized loans, meaning that the government pays the interest on the student loans while the person is in school. Unsubsidized loans are those in which the government isn’t underwriting any portion of it.

The fact that your husband has also already received multiple deferments, you need to be aware that that is also costing you money. You’ve indicated, of course, that those loans have accrued thousands of dollars in interest. Other mechanisms that may be available to you include forbearance, in addition to deferment options. You may be able to get a hardship deferment of sorts from your lender. The best strategy, though, is to contact your lender or your loan servicer, and explain to them in detail your financial situation.

I don’t know the particulars of your and your husband’s income, nor do I know, of course, your expenses. But some lenders and loan servicers will allow you to have hardship forbearances, or hardship deferments, if you’re particularly cash-strapped and can’t pay those student loans. Needless to say, this is something he’s been grappling with for, it sounds like 20 to 25-plus years, so you definitely want to see about knocking out those student loans as quickly as possible.