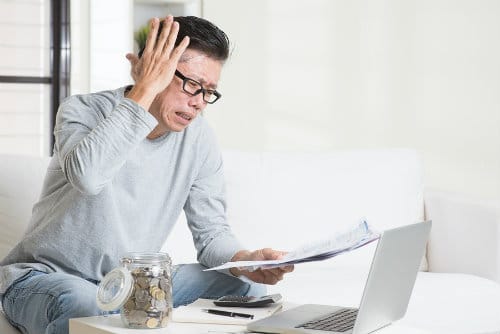 How Your 401(k) Plan Is Costing You Money

A 401(k) plan has lots of fees, and savvy investors may be aware of various investment-related charges – such as a management fee to a mutual fund manager’s or the sales commission paid when making a transaction.

What most people don’t know, however, is that 401(k) plans also include several other hidden fees that can eat away at their investments.

These include so-called “12b-1 fees” (which are marketing fees passed along to investors) and administrative costs of various types imposed by retirement plan sponsors.

Finding these fees isn’t easy. In fact, you have to pore over a fund’s prospectus and an annual report to ferret out exactly what charges are imposed by a 401(k) retirement plan.

Perhaps this explains why, according to an AARP survey, more than 80% of retirement plan participants have no idea what their 401(k) charges. Even worse, some people mistakenly think that investing in their 401(k) plan on the job is “free” and that no fees are charged.

In reality, in 2009, 401(k) investors in stock funds paid an average expense of .74% of their assets, while the typical bond investor paid an average of .55%, according to a report from the Investment Company Institute.

Think small numbers don’t make a big difference? Think again. A GAO report found that a typical retiree will lose about $100,000 when their 401(k) plan has fees of 1.5%, instead of .5% in fees. That’s just a one percentage-point difference, but it has a huge impact.

Fortunately, there is some good news on this topic and change is soon coming. Under new guidelines issued by the U.S. Labor Department, by January 1, 2012 retirement plans will have to do a better job of clearly disclosing their fees and charges. Right now, disclosure is murky at best.

In the meantime, until disclosure improves, there is an easy way to see what your employer-sponsored retirement plan is costing you.

A company called BrightScope rolled out a free service in 2009 that will rate your 401(k) plan. BrightScope has analyzed 50,000 retirement plans, which represents about 90% of the $3 trillion held in 401(k) plans.

BrightScope offers a free analysis called a Personal 401(k) fee report. It’s a tool that breaks down exactly how much you’re paying to have that 401(k) – in terms of a fund’s overall expenses, administrative charges, marketing fees and so on.

Based on BrightScope’s data, fees are all over the board, ranging from as little as .20% to as much as 5%. Small plans typically charge more than large plans, mainly because the smaller plans can’t achieve the same economies of scale.

Curious to know what fees you’re paying to invest through your company’s 401(k) plan? Visit BrightScope’s site and find out in about three minutes.