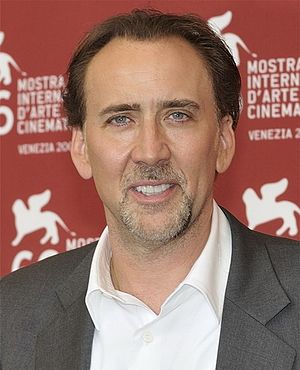 According to the Associated Press, Cage was arrested Saturday April 16, 2011 in New Orleans on charges of domestic abuse battery and disturbing the peace.

The Orleans Parish Sheriff’s office released a mug shot of the actor, showing him looking pretty scruffy. Cage’s face was unshaven, his hair was slightly disheveled and his eyes were closed – not a good look.

Unfortunately, this is the latest in a string of personal setbacks for Cage, who reportedly earns $20 million per film and has starred in such movies as “Raising Arizona” and “Leaving Las Vegas,” for which he won an Academy Award for Best Actor.

Cage has been slapped with IRS tax liens, has had several homes go into foreclosure and has accused his financial advisors of mismanaging his financial affairs. Meanwhile, his advisors deny those accusations and say that Cage is in hot water financially due to alleged over-the-top, lavish spending.

Whatever the case, I’m sorry to see that Cage – an enormously talented superstar –is now being accused of domestic violence.

The actor is married to Alice Kim, a former waitress. The couple tied the knot in July 2004 and have a 5-year-old son.

If Kim is the person Cage allegedly battered, there’s obviously trouble in paradise. And if the problems are severe enough to cause a marital split, that will only add to the actor’s financial woes. He’s already been divorced twice.

I don’t know if Nicolas Cage and his wife ever signed a prenup.

But here’s hoping the actor and his family can get through this latest challenging episode with the least amount of personal, emotional and financial drama.