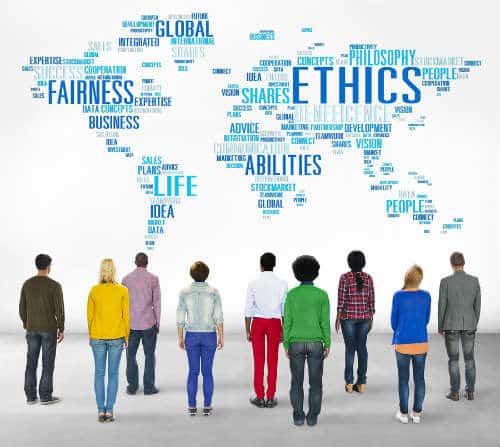 Do You Have a Moral Obligation to Pay Your Debt?

If you’ve been paying attention to any conversations about debt in America lately, you’ve no doubt heard phrases like moral hazard or moral obligation thrown around.

At the same time, a recent analysis by USA Today showed that the U.S. government owes an unprecedented and unfathomable $62 trillion. For those of you keeping track, that means each household’s share of the national debt now stands at a whopping $527,000.

All of these debts will never be — and in fact, can’t ever be — repaid. Not in this lifetime, nor in the next. The interest payments alone are enough to render us all technically bankrupt.

That’s just one reason why U.S. politicians are toying with the idea of a “technical” debt default. They’re wrangling over whether or not to lift the debt ceiling, and trying to figure out what should be done about the country’s exploding debt levels.

If we’re to be truthful about the entire debt crisis in America, at some point we’ll have to ask — and answer — some pretty tough questions. Not the least of these is: Who, if anyone, has a “moral” obligation to repay their debts?

Increasingly, cash-strapped individuals are being labeled as “lazy” or “financial deadbeats” if they even remotely explore the option of not paying a legally owed debt. This is certainly the case for people considering bankruptcy, a legal safety net that nevertheless carries huge emotional baggage and a personal stigma for many. The name calling and moral judging is even worse for consumers grappling with homes that are underwater, or worth far less than the outstanding mortgage.

Walk away from a home loan these days, and you’re almost sure to be branded as financially “irresponsible,” a “scum bag” — even just a flat-out “immoral” person. The same thing goes for individuals who try to get from underneath defaulted student loans, excessive credit card debt and enormous tax bills.

At the same time, there are a growing number of institutions — including banks, employers in all industries, and even government agencies — that are routinely not paying their obligations or living up to their financial promises. Some of these institutions rely on financial safety nets — specifically, the government and U.S. taxpayers – even as they condemn consumers’ rights to use safety nets or look out for their own best interests.

Take certain elements of the banking industry, for example.

Let’s not rehash the whole bank bailout drama. But who can forget that at the height of the Great Recession in 2008, Congress gave the OK to a $700 billion rescue plan for the banking and financial services industry?

The money was supposed to help banks and Wall Street firms “deleverage” and clean up their balance sheets – in other words, unwind bad debts and not take such a huge financial hit on mortgage-backed securities, investments whose value had became virtually worthless.

That $700 billion, of course, was taxpayer money. So it’s quite ironic that banks continue fighting tooth and nail to avoid any kind of real “bailout” for struggling homeowners. For instance, the idea of modifying mortgages by reducing the principal owed on those loans is completely taboo to many bankers. Indeed, most banks will resort to the “moral hazard” argument in a heartbeat in their efforts to defend why they refuse to write down the mortgage balances for underwater homeowners or those facing foreclosure.

Of course, the real “moral hazard” was a banking system lacking in lending standards and abundant in greed; a system that previously issued loans of all kinds and sizes to virtually anyone with a pulse.

Everything was going great during the real estate boom. But then conditions changed and home prices started falling — hurting homeowners and ultimately banks too as their own mortgage-backed investments soured.

As they were out there, on the brink of financial collapse, bankers lined up in droves to get an economic handout. Not a single bank executive dared utter the phrase “moral hazard” regarding their own actions.

Adding insult to injury, the bailout money was supposed to help ease the flow of credit to U.S. consumers. That was another broken promise that simply never happened. Read the rest of this article on theGrio.