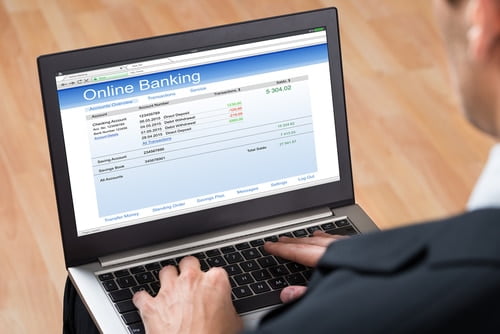 How to Deal with Banks Without Going Insane

Some aspects of the banking industry, the credit system, or the credit-scoring world, may baffle you because the rules go against all logic and at times even contradict each other.

Other financial rules, when implemented and applied in real life, may seem patently unfair to you.

And then there are banking and credit rules that seem terribly difficult, if not impossible, to comply with. Let me simply caution you that it’s far easier to play the credit game—and I use that term as shorthand for navigating the world of credit—when you understand the rules.

So even if you don’t agree with something, the system is what it is.

It’s far better to adopt the right mindset about these rules upfront than to feel stung by them later because you didn’t know they existed or you objected to them on the basis of logic and fairness. If you can get your mind (and emotions) in check and just accept that not everything in the credit universe is fair, logical, or easy, it will be far less taxing for you to cope with this system.

Having said that, let’s look at an unwritten rule about credit, namely that you must play by their rules to win.

You Must Play by Their Rules to Win

Of all the unspoken rules that dominate the credit universe, none is more difficult for people to swallow than this one.

For starters, when someone else dictates the rules and you have no say in the matter, it seems as though the deck is automatically stacked against you. You might be saying, “Why do they get to set the rules?” or “Who the heck are ‘they’ anyway?”

In this case playing by “their” rules means playing by all the rules set forth by the credit industry and all its players—banks, credit-card issuers, credit-reporting agencies, credit-scoring companies, and so on.

Have You Opted Out of the Financial System?

Tens of millions of people in this country opt out of the credit system, wage a never-ending battle against it, or live by their own rules, often sabotaging their credit in the process. Consider, for example, the more than 50 million adults who operate outside the credit mainstream.

They have no credit file whatsoever. Many never had a credit card, took out a mortgage, had a student loan, or paid a car note. Granted, a lot of these individuals are potential newbies to the credit world—students, widows, recent immigrants, and so on. For whatever reason they’ve not gotten around to applying for credit.

But a sizeable segment of these people, however, have consciously chosen not to participate in the credit system. Some will proudly tell you, “I’ve never had a credit card and never will.”

Others once did have credit but because of bad experiences in the past, or due to perceived or real injustices they suffered, now stay away from all things credit-related. “I don’t mess around with credit cards any more. They’re nothing but trouble,” these people will tell you.

In fact, some people go so far as to check out of the entire financial system, having no credit arrangements, no checking or savings accounts, and no dealings with any major banks or financial institutions. Needless to say, some of these people are fed up with certain banks because they’ve been burned or nickel and dimed in the past by them.

Did you know that there is an entire cottage industry within the financial-services community whose sole reason for being is to reach out to so-called “unbanked” consumers?

According to estimates by the FDIC, there are approximately 28 million unbanked households in America. That’s just over 25% of the nation’s 110 million households. The FDIC says that the problem of being unbanked affects poor and minority communities disproportionately, with 7 out of 10 unbanked households earning less than $30,000 a year.

Half of the unbanked once had bank accounts but now choose not to, instead using the high-cost services of check-cashing firms and payday lenders. The unbanked don’t get traditional loans.

If they need a short-term loan, they get “credit” from payday-loan outfits. I call payday loans “credit” because they are “signature loans,” meaning that you sign on the dotted line, just as when you sign a credit-card agreement. With payday loans, however, you’re agreeing to give the lender cash from your next paycheck in exchange for an advance today.

The Danger of Payday Loans

Payday lenders routinely charge interest rates of about 400% on an annualized basis. That’s a ridiculously high price to pay for “credit”! So why do people go to a payday lender when they’re short on cash, especially when they could use a credit card to pay for something or even take a cash advance?

There are numerous reasons, not the least of which is a lack of basic banking services in many communities. Also, many payday-loan clients had previous credit problems or couldn’t qualify for a regular credit card.

Another issue is at play here too. Many of these consumers out of the credit mainstream do not have the financial skills to play by the credit-card industry’s rules. One of the obvious rules is that you must repay what you owe, or at least a partial amount, by a set date.

But guess what? Payday lenders don’t have that rule, at least not as a hard and fast requirement. They’ll let you slide by and “roll over” your payday loan.

Can you guess why they have such “flexible” rules? It’s because “roll over” loans impose hefty fees, making them enormously profitable for payday lenders.

The average payday-loan customer who falls into the trap of such arrangements winds up paying over 1,000% in interest, according to a study by Georgetown University researchers.

Unfortunately, the average person who gets a payday loan typically rolls it over, getting an average of 1 payday loan per month or 12 in a year. A payday loan is thus one super-expensive form of “credit” you should never accept.

Were You Suckered or Did You Fail to Play by Their Rules?

Another example that illustrates how people can’t play by the credit industry’s rules can be seen in promotional offers of all kinds. They could be a retailer’s “no payment, no interest” offer or perhaps a “teaser” rate for a new credit card.

The most important terms that govern these deals are usually in the fine print, but many of us rarely read those vital terms. Then we get angry when after six months all the interest on purchases we made has accumulated and is due, or the initial low rate of interest expires. You didn’t get suckered. You failed to play by the rules by not paying up within the six-month period specified in the fine print.

And don’t get me started talking about student loans. Way too many recent college graduates ding their credit after leaving school simply because they don’t start making payments on time.

In most cases you must begin repaying federal and private student loans either six or nine months following graduation. When some college grads choose to attend graduate school, they know that they are eligible to get their loans deferred, but many fail to play by the rules and don’t actually apply for a deferment.

They assume that just having “in school” status is enough. Unfortunately, it isn’t. To get that deferment, you must fill out paperwork requesting it, as required by student-loan rules. Otherwise your student loans will be reported as late on your credit report.

A final case in point. You finally pay off a credit card and decide to close the account, just to make sure you’re not tempted to run up the bill again or simply because you don’t need the card any more.

Well, the credit-scoring industry has already said, very clearly, that closing an account, especially if it’s a long-standing account, can have an adverse impact on your credit rating. It all depends on a host of factors such as how long you’ve had other accounts open and the overall mix of credit in your file.

Meanwhile you’re thinking, “It doesn’t make sense for me to keep a credit card that I’m not even going to use.” So you close the account. There you go—defying the rules of the game and putting your credit at risk.

In many of these cases, do you know why we buck against these rules? It’s because in our hearts we feel that they’re not right.

We’re silently, on in some cases loudly, protesting something we believe isn’t fair, logical, or easy. As a result, we opt not to comply, or we opt out of the credit system entirely.

Not Always Fair, Logical or Easy

I said it before, and I’ll say it again: The complex world of credit isn’t always fair, logical, or easy. We can all agree on that. But at the current time this is the system we’ve got.

Opt out of the credit system if you wish, but do so with full knowledge of the risks and rewards that go with playing outside the rules.

As Kenneth Lin, CEO of the website CreditKarma.com puts it, “Some people think credit is biased or inherently unfair, so they just don’t use credit at all. You can do that,” Lin adds, “but it just makes your life so much harder.”