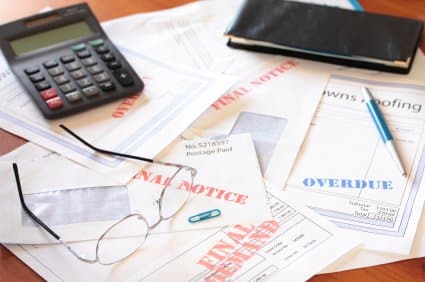 My Credit Report Still Shows Debt Written Off in Bankruptcy! 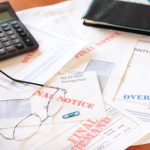 Q: I filed for Chapter 13 bankruptcy in January 2008. I just paid it off and should be receiving my discharge soon, but I checked my credit report and there are two credit card accounts on my report that I included in my bankruptcy and that now say “transferred to another lender or claim purchased.” What does this mean?

It also says “included in or discharged through Chapter 13 bankruptcy.” Am I going to be responsible for paying it now that it was sold? I don’t get it.”

A: This is understandably a confusing issue. But let me explain some of what’s going on here.

First of all, the short answer is that no, you’re not going to be responsible for paying it if the debt was sold either during or after your filing of your Chapter 13 bankruptcy.

Any debts that were included in your bankruptcy and that you’ve legitimately been paying off via your Chapter 13, you will not be financially responsible for subsequent to your discharge.

Let’s remember, your Chapter 13 bankruptcy is a reorganization plan. Unlike a Chapter 7 where you liquidate and where you basically completely wipe out those unsecured personal debts – such as your credit card bills or medical bills – with a Chapter 13 you’ve had to actually pay off some or all of your debts over a three‑to-five- year period.

Since a Chapter 13 can last as long as five years, that’s why they call it a “wage earner’s plan.” You’ve got to have some kind of income in order to show the court that you actually can repay part of your debts.

So I’m assuming since you said you’re just about done with your Chapter 13 bankruptcy that in your case you’ve paid what you rightfully owe through the system and that in or around the next few months you’ll actually be getting a notice that your bankruptcy has been completely done.

You bankruptcy repayment plan appears to have taken four years since it’s just about the end of 2011 and you stated that you started in January 2008.

So here is what’s going to happen.

Regarding those two credit card accounts that say “transferred to another lender or claim purchased,” essentially what that means is that your original credit card company sold the debt to someone else.

Realize that different credit bureaus will report transferred or sold accounts in different ways. I’m going to assume that this is an Equifax credit report because usually with Equifax they’re the ones that’ll say “transferred to another lender or claim purchased.”

All of these basically mean the same thing — that the original creditor, the original credit card company that you owed, sold the account because after their own internal collection mechanisms failed they essentially wrote off the debt and assumed that they were not going to be able to collect any further from you.

Bottom line, though, is that once you finish up with your bankruptcy you will not have to pay any additional debt for this matter if those two credit card accounts were included in your bankruptcy.

If you find that those two accounts are not deleted from your credit report after the time frame that they’re supposed to be removed, or that they appear on your credit reports as duplicate accounts (i.e. not shown as included in your bankruptcy), then you can dispute them.

In that case, you would just write the credit bureaus – Equifax, Experian, and TransUnion – dispute the information, and indicate that those accounts were included in your bankruptcy.

That way, the credit bureaus can remove any erroneous or duplicate information about those old credit card accounts.