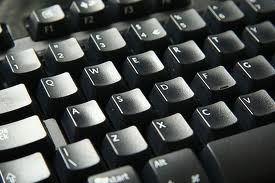 Should You Trust Online Banking? 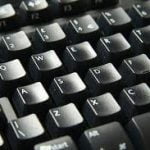 Q: “I’ve read somewhere that ING Direct has better interest rates on their savings accounts than other banks. I’ve looked into it and confirmed that they have a rate of 1% to 1.5%, as opposed to a fraction of a percent from local banks. Thank God I’m finally getting out of debt and am now in the position to begin saving again.”

“I’m expecting to save $500 a month beginning in January 2012. I have a friend that uses ING Direct, but she keeps no more than a few hundred dollars there. I want to start saving, but I have doubts about just opening this account that I can drive up to. My goal is to save $5,000 to $6,000. Would you put thousands of dollars of your savings into a virtual account?”

A: Yes, I would put thousands of dollars of savings into an online savings account. And here’s why. Essentially, a lot of online banks, ING included, offer interest rates that are much, much higher than what other banks are currently paying.

As a matter of fact, I just recently wrote about this, based on a survey from MoneyRates.com.

MoneyRates puts out an “America’s Best Rates” quarterly survey, and for the third quarter of 2011, MoneyRates identified and ranked the banks that are paying the highest rates on savings and on money‑market accounts in the entire country.

On the Money-Rates list of the top‑10 banks, based on the annual percentage yield, or APY, that banks were paying, ING Direct was tied for fifth on the list. Pretty good.

As you’ve found, ING was, in fact, paying 1% on savings accounts throughout the third quarter of 2011. By comparison, the FDIC reports that the average savings account at the end of the third quarter was paying just 0.12%. That’s one‑eighth of 1%. So, clearly, if you can get 1% from ING, or another bank, you’re going to be doing much better for yourself – and getting a bigger bang for your buck.

In case you’re wondering, the number‑one bank on the list was Discover, paying 1.12%.

Capital One Bank was third on the list, with 1.05% as their average rate they were paying out in the third quarter of 2011.

As I previously stated, ING Direct was tied for fifth, at 1%; ING tied American Express Bank, which also came in at 1%.

So, for anybody who’s looking to get a little more yield on his or her savings, yes, I think that it’s a good thing to consider an online savings bank.

Your question seemed to suggest that you don’t trust yourself, because you were worried about having a bank to which you could “drive up.”

For any kind of a brick‑and‑mortar bank, I understand the concern that people have when they haven’t quite got their spending under control and they feel a bit of extra temptation by having so many branches available to them or so many ATMs accessible to them.

But really, we’re moving ever more into the electronic age, where you’re going to be able to get access to your money virtually at your fingertips, with your smart-phone or your mobile phone. Even at your desktop computer, your laptop or your iPad, you’re able to go online to make banking transactions and even send money to yourself.

So you don’t have to simply “drive up” to a branch or a bank in order to be tempted to take your money out. That’s not really an access problem; that’s a self-control issue that you have to get under control. And I have no doubt you can do it – especially since your goal is to save $5,000 to $6,000 in a year.

Bottom line: you’ll be helping your financial standing greatly and you really can’t go wrong if you stick to your plan to start saving $500 a month beginning in January. And yes, I think that ING Direct is one of many good options to do just that.