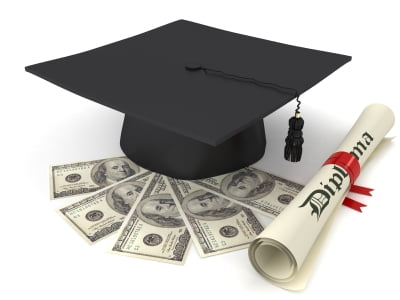 How to Lower Your Sallie Mae Student Loan Interest Rate 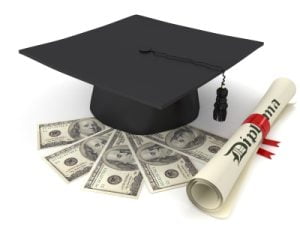 A reader of AskTheMoneyCoach.com wanted to know how they could lower the rate on a student loan being paid to Sallie Mae. Here’s the question the person asked:

Q: Being fresh out of graduate school and still learning about the financial world, I consolidated my federal subsidized and unsubsidized loans through Sallie Mae at a fixed rate of 7% in 2001. I thought this was a deal at the time. Payments have been made on time every month for the past 10 years.

Reading your other posts, I understand that I cannot consolidate again unless I take out another loan for school. I contacted Sallie Mae and asked them if there was any program or any other means to lower my interest rate, and they flat out said no. Of course, they would if they are making money. With the current interest rates really low, what are my options for lowering the interest rate on the consolidated loan, if any?

A: You are correct that once you’ve consolidated, you generally do not have the option to consolidate again. But there may a few other options you’ve not yet considered.

Generally speaking, to get a lower rate on Sallie Mae loan it’s best to call them directly, have them look at your existing loans and determine whether you qualify for a better deal. College lenders sometimes offer lower rates for putting your payments on auto-pay. At other times, they offer lower rates for making a series of on-time payments. In the past, some lenders have discounted rates for students with good grades. But unfortunately, most of those deals have gone away.

In any event, since you’ve contacted Sallie Mae already, let’s talk about your other alternatives. I assume your goal isn’t merely to get a lower rate, but ultimately to lower your monthly student loan payments – in order to free up cash flow or make your payments more affordable.

Two of your options come courtesy of President Barack Obama who recently announced a new student loan program to help those struggling with college debt to more quickly eliminate those college bills.

Is Income-Based Repayment Right for You?

Unfortunately, only about 450,000 have signed up and have done the income‑based repayment schedule, even though millions of people actually qualify for it. Under the Obama proposal, the President proposes to lower that cap from 15% to 10% of a borrower’s discretionary income and to forgive the debt completely after 20 years. Currently, if you use the income‑based repayment program and you make qualifying payments for 25 years, after that two and a half decades, the federal government forgives any remaining loan debt.

So the Obama plan would lower the cap to 10% of your discretionary income and forgive the debt after 20 years. He’d also bump it up more quickly. The changes before – at the 15% cap and the 25-year qualifying time period – were supposed to start to benefit borrowers beginning in 2014.

Now, President Obama says he wants to make that effective 2012, provided you have not previously taken out federal student loans. So, in effect, this part of the Obama plan is really just targeted at current students and new borrowers. Unfortunately that’s not you.

In addition to the income‑based repayment option, however, there are other options.

I don’t know which kind of a repayment plan you’re in, and you did not indicate that information. But you did say two critical points of information; first, that you’ve been paying on your student loans for 10 years and also, that you have been on time with all your payments. I assume you, therefore, have a pretty strong credit rating, which could be helpful to in terms of getting a lower rate with a newer kind of loan option (peer-to-peer lending) that I’ll tell you about momentarily.

However, since you’ve been paying for 10 years means, you may only have a few years’ worth of student loan payments left. Again, I don’t know this with certainty because you didn’t indicate what the total debt was you have outstanding nor did you indicate if you’ve received undergraduate and graduate loans and also, which repayment schedule you chose.

In general, for federal student loans, there are four types of repayment plans:

Assuming that you may have a 15 or 20 year schedule to pay off your student loans and you’ve already paid 10 years, you could be well on your way to knocking out these loans in just five years or so.

Therefore, some forms of consolidation you wouldn’t necessarily want to do anyway because you don’t want to extend the term of your loans 10 or 15 years or longer, and wind up paying even more in interest charges.

The Consolidation Option with the New Obama Plan

Still, a second element to the Obama plan does deal with consolidation. This is an option that goes into effect starting in January 2012 and the government is actually going to start notifying borrowers from the class of 2011 if they’re eligible for this. The consolidation we’re talking about here would lower the interest rates on federal loans, which now have a going rate of 6.8%. It would lower those rates anywhere between .25% and a half a percentage point. That would lower your monthly payment.

The issue, though, is whether or not you would qualify. Again, you won’t necessarily know until January 2012. The government says that they will notify people. If they don’t contact you, by all means, reach out to the Department of Education by the end of January. You can reach them at 1‑800‑433‑3243. That’s the US Department of Education.

The idea here is to allow those who consolidate the opportunity to lower their interest rates and therefore lower their monthly payments.

Since you indicated that you’re “fresh out of school” I don’t know if you actually graduated just now in 2011 or in 2010 or some other prior year. Under Obama plan that’s being proposed right now, when you took out your first loan does, in fact, matter. When you graduated and when you consolidated the loans, all of those factors matter too.

But since this plan was only recently announced, and may be modified, I would encourage you to check out and to keep investigating this new plan as details unfold.

Ever Heard of Peer-to-Peer Loans?

Finally, there’s a third option for lowering the rate on your student loan that you may not have considered. Since you presumably have a very strong credit rating, you might look into a peer‑to‑peer loan. I’ve written a lot about them lately on AskTheMoneyCoach.com primarily as a method of loan consolidation or debt consolidation for people who are struggling with high rate credit card debt.

A peer‑to‑peer loan is an installment loan just like a student loan is, meaning it’s not an open‑ended loan. It has a fixed period of time under which you have to pay off the debt.