Can Calling About a Medical Bill or Debt Make It Stay Longer on Your Credit Report? 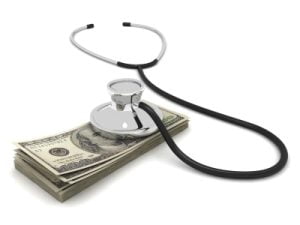 Here’s how to deal with your medical debt.

A reader of AskTheMoneyCoach.com wanted to know how long a medical debt stays on their credit report, and what happens if they make an agreement to start paying it again. This is what the person asked:

Q: Is it true if you call to inquire about a medical bill, the time starts all over again for how long it stays on your credit report? Example: if I have a medical bill from four years ago and I call to try and make arrangements, will it still be removed from my credit in three years? Or does my time start all over?”

A: It appears that you might be confused about two different time requirements, as is often the case with many consumers. But there’s a difference between the time requirements you need to know for a state’s statute of limitations versus how long something can be reported on your Equifax, Experian, and Transunion reports.

Let me clarify the matter for you.

First of all, any time you have a late payment or collection on a medical account or credit card or other loan, that negative information or negative payment history can be reported to the credit bureaus for seven years. Only seven years. And after that time frame, it has to be legally removed, according to the Fair Credit Reporting Act.

It’s a different case altogether concerning the statute of limitations on debts under which a creditor can legally sue you. That’s something totally separate than the seven-year time frame for something staying on your credit report.

The statute of limitations on a debt for which a creditor can sue you for non‑payment depends on a whole host of factors. To answer that question, I’d need to know the answers to these questions: First of all, what is the state in which you live in? Additionally, was it an oral or a written contract? Also, what are the specific state laws that govern those contracts in the area in which you reside?

Bottom line: on the short end, oral contracts in some states have as short as a three year statute of limitations. And in some states, though, an oral contract ‑ even though it would be tough to legally enforce ‑ can nevertheless put you on the hook for as long as 15 years. That’s the case in Rhode Island, for example. But it’s a rare exception.

Generally speaking, the statute of limitations in most states is between three and seven years for credit card debts and for debts such as medical bills where there is either a written contract, or a promissory note of some sort.

What Is a Statute of Limitations Anyway?

Now what does it mean for a debt to hit the statute of limitations?

Essentially it means that after that time period, your creditor can do nothing legally to you. They can’t make you pay that old debt with the threat of legal action. They can’t legally sue you in court and get a judgment. And they can’t garnish your wages, seize your bank account assets, etc.

If they did try to sue you in court or get a judgment against you after the statute of limitations has expired, you would be able to go into court and present what’s called an “absolute defense.” That just means you have a definitive show to the judge that the law is on your side.

5 Tips If You’re Facing Action from a Debt Collector

You would simply say to the judge: “I have an absolute defense in this matter. The statute of limitations on this debt has expired.” And you would win that case in court because if the statute has indeed expired, the judge would throw out the case.

Now, if you get sued by a creditor – such as a credit card company, a medical facility or some other entity – and you fail to show up in court and present your defense, then it’s possible that a judgment could be issued against you. So any time a creditor tries to sue you, you definitely want to show up in court.

But if you simply call regarding your medical debt, no, that does not extend the statute of limitations, nor would it impact the length of time under which that delinquency can be reported on your credit files.

To Pay or Not Pay An Old Debt?

Now let’s deal quickly with the idea of you actually making a payment, because sometimes consumers get their arms twisted and they do wind up making a payment or a partial payment in order to satisfy a persistent debt collector.

Again, the rules vary based on which state you live in and the specifics of the type of agreement you make. But know this. Even if you do make a partial payment, is it possible that the statute of limitations can be triggered and you might restart the clock, so to speak.

You should also be aware that some states have specifically noted that just because you make a partial payment, that does not mean your statute of limitations is automatically extended unless you actually create a new written agreement with that original creditor or with the collection agency.

In other words, simply sending in a check does not restart the clock unless you’ve specifically agreed to a new written promise to pay and unless you live in one of these states: Arizona, California, Florida, Iowa, Kansas, Maine, Massachusetts, Michigan, Minnesota, Mississippi, Missouri, Nevada, New York, Texas, Virginia, West Virginia, and Wisconsin.

In other words, let’s assume you live in one of those states that I just mentioned, even if you make a partial payment, it does not automatically restart the clock on the statute of limitations unless you’ve created a new written promise to repay.

Using a Statute of Limitations Law to Eliminate Your Debt

Again, I’m not a lawyer, but you would definitely need to know your state’s statute of limitations in order to best know how to negotiate with your creditors.

All credit card accounts are defined as open-ended accounts.

So, for all of you who might be struggling with creditors and worrying about whether or not you’ve mistakenly extended the statute of limitations by talking to a creditor, calling, or trying to work out a deal, put your fears to rest.

Just calling and talking is not going to extend the statute of limitations. Nor is it going to change the seven-year limit under which negative information can be reported on your credit reports. Good luck! 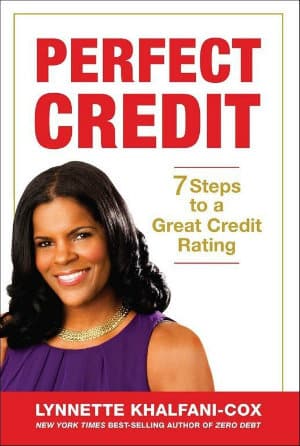