I Was Late Filing My Tax Return. What Should I Do? 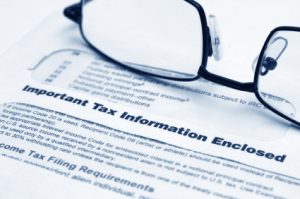 If you couldn’t file your federal tax return by this year’s tax deadline and didn’t submit a request for an extension, you can still file your taxes.

In many cases, you can even qualify for a payment plan when filing your taxes late.

That’s not to suggest that there aren’t consequences or financial ramifications to failing to file or pay any taxes due — there certainly are.

If the IRS did not receive a tax return from you and it determines that you owe taxes, the agency may impose penalties and/or interest on what’s due. Unpaid taxes can also lead to tax liens or negative information on your credit report.

But don’t despair. You can fix things – and at least reduce the financial consequences you may suffer – by acting proactively as soon as possible. Don’t ignore the situation and don’t procrastinate any longer.

Here are the five critical steps you need to take immediately if your tax return is late:

Step 1: File your return as soon as possible.

Fill out the appropriate 1040 federal income tax form at your earliest opportunity. If you need an old tax form, you can get prior year IRS forms, instructions and publications here. Otherwise, if an accountant or tax preparation firm is completing your taxes, they should be able to get the proper forms you need.

The severity of any financial problems you may face with the IRS really depends on whether or not, after filling out your return, you discover that you owe taxes to the government – as opposed to the government owing you money.

Believe it or not, many people who didn’t file – and then finally get around to doing so – discover that they were owed a tax refund check. That’s why the IRS is currently holding $1 billion in unclaimed tax refund checks from 2008. (If you didn’t file back in 2008, and you’re owed money, you have until April 17, 2012 to file and claim your refund).

You typically have three years to file a tax return and claim any refunds owed to you. If you wait longer than three years, you forfeit any tax refunds that may have been due.

But let’s assume that you’re filing late, and your tax return shows that you owe the government, because you underpaid taxes. You may now face three problems:

b)   a failure to pay penalty; and

Interest is charged on taxes not paid by the due date (even if you requested and received an extension of time to file your taxes). Interest is also charged on penalties. By federal law, the IRS is required to charge interest on unpaid back taxes and can’t waive this charge. As of 2012, the interest the IRS charges is 3% annually.

Step 2: Understand the penalties you may owe.

Whenever you fail to file a tax return by the deadline, you risk a failure to file penalty. Additionally, if you don’t pay any taxes due by the due date, that could bring an extra charge from the IRS: the failure to pay penalty.

A failure to file penalty is usually the worst of these two penalties.

How big a penalty you suffer overall also depends on exactly how late you submit a tax return. If you file your taxes more than 60 days after the due date (or an extended due date), the minimum penalty is the smaller of $135 or 100% of the unpaid tax, according to the IRS.

Step 3: Try to get penalties reduced.

Thankfully, there are ways to get the IRS to ease up and not hit you with those penalties.

If you can show that you didn’t file or that you failed to pay in a timely manner due to a “reasonable cause” – and not simply willful neglect – then the IRS will not impose a failure to file penalty or failure to pay penalty.

Additionally, if you at least met the tax-filing deadline for requesting an extension to file your taxes, and you paid at least 90% of your actual tax liability by the original due date, you won’t suffer a failure-to-pay penalty as long as your remaining balance is paid by the extended due date.

Step 4: Submit any taxes owed as a lump sum payment or partial payment.

After completing your late tax return, if you do owe taxes, go ahead and send in the amount you owe in full, if that’s possible. Of course, paying in full isn’t always financially realistic.

If you can’t afford to make the entire payment, just send the maximum amount you can afford. In approximately four to six weeks later, the IRS will send you a letter outlining the balance due and seeking payment in full. Now it’s time to work out a deal with the IRS to pay off what you owe over time.

If you owe taxes and aren’t able to pay in full (using cash, a credit card or another source of funds), you have three options for dealing with the IRS.

The first solution is to just fill out an Online Payment Agreement Application asking the IRS for an extension of 1 to 4 months to pay your taxes.

If that’s not enough time, and you can’t pay in full within 120 days there’s a second alternative. You can go into a long-term installment agreement with the IRS, for up to 6 years, as long as your taxes owed are $50,000 or less and you’ve filed all your previous returns. Here is more information to determine whether you qualify for an installment agreement.

If you’re struggling financially, have little or no income, and no assets, the IRS may decide it simply isn’t worth it to pursue collections against you or to make you sign a long-term installment agreement that you probably won’t be able to keep. Under such circumstances, the IRS may basically write off a big part of your tax debt.

Again, you have to first prove that you’re in the midst of extremely dire financial circumstances, and that even with a multi-year installment plan you wouldn’t be able to repay your taxes owed. Get more information about the IRS Offer in Compromise program here. Be sure to also review all the instructions and forms for submitting an offer in the Offer in Compromise Booklet, which is IRS Form 656-B.

Dealing with the IRS when you’re late filing your tax return certainly won’t rank on your list of favorite things to do. But the sooner you complete your taxes, the sooner you’ll start to put your IRS tax problems and worries behind you.