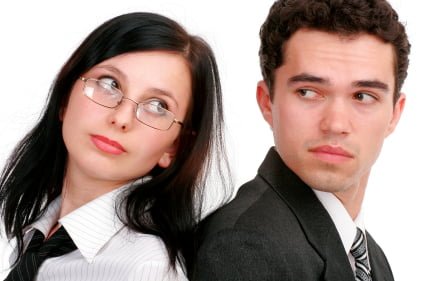 According to a recent survey from Prudential Financial, there are big differences between women and men when it comes to personal finance.

So are the ladies or the guys doing a better job at managing their finances? And what can each group learn from the other?

Here’s the lowdown on why, when it comes to money topics, women really are from Venus and men are from Mars.

For women, our top worry is about household bills and debt, including things like credit card debt, the mortgage, and student loans.

For men, household bills didn’t rank among their top worries at all.  Their main economic worry is about the overall economy and the financial state of affairs in the country.

Women are probably most concerned about household finances because women are definitely in charge of running the family budget. According to Prudential’s study, 95% of women actively help manage the family’s finances – either on their own, or in conjunction with their spouses and partners.

The study also noted that, like it or not, the majority of women (53%) are now the primary breadwinners in their homes too.

Difference #2: Our Levels of Financial Confidence

One big difference found in the Prudential survey was the extent to which women and men have vastly different levels of confidence about money matters.

Nearly half of all men survey – 45% – said they were well prepared to make wise financial choices for the future. But only 20% of women expressed this confidence.

That’s likely because women admitted to not knowing about many financial products, like stocks, bonds or mutual funds. When it comes to balancing checkbooks and saving money, we know how to do that. But clearly, we need to increase our level of financial literacy beyond just the financial basics.

It’s hard to feel confident that you’ll have a secure retirement if you don’t even know what an IRA or a 401(k) plan is.

Any financial planner can tell you that to reach your long term goals – like paying for your five-year-old’s college education, or having a comfortable retirement – you have to be willing to invest over the long haul.

The problem, for women, though is that they don’t see themselves as investors. Women are more apt to describe themselves as “savers,” according to Prudential’s research. And when women do invest, they generally tend to stick to more conservative investments. Women under 35, especially, were more likely to call themselves investment “novices.”

Men, on the other hand, not only invest more aggressively, they were also twice as likely as women to say that they actually enjoy the “sport of investing.” Plus, only 3% of men called themselves investing novices or beginners. But more than four times as many women (13%) described themselves with that label.

The lesson for women here is to better educate themselves about Wall Street and investing, and also to ask for help – ideally in the form of getting good financial advice from a trusted financial professional.

Among the roughly 2,000 women and men surveyed by Prudential, the average man had a paycheck that was about 11% higher than the typical woman’s.

However, men have been harder hit by job loss during the recession.

So among those males that are working, they may be bringing in more money than the typical woman. But, as mentioned, women are the primary breadwinners in more than half of all U.S. households. And a lot of that is due to unemployment or under-employment among men.

Many of us would like to see equal pay for equal work. But until that day comes, it’s just another reason that women need to be especially vigilant about minding our finances.