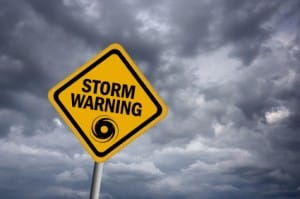 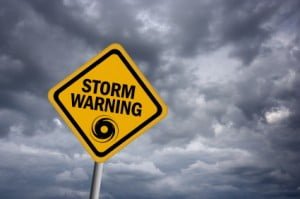 My family – like millions of others along the East Coast – has had to tough it out this past week in the wake of Hurricane Sandy.

We’ve been without power for more than seven days. We still have no lights or phone service; cell phone coverage has been mostly non-existent; and needless to say our home has gotten pretty chilly as the temperatures dropped in recent days.

But in the scheme of things that’s pretty minor. We’ve mainly been inconvenienced.

My heart really goes out to those who’ve lost loved ones or who’ve seen their homes completely destroyed by storm surges, falling trees or even fire in the aftermath of Sandy’s powerful presence.

Even on my own block, my next-door neighbor had three trees fall on their home. On the adjacent street leading up to our corner property, Sandy’s ferocious winds seemed to have cut through virtually every house, knocking down trees and power lines in front of every single property and then – miraculously and inexplicably – somehow skipping our home altogether.

So I count myself as mightily blessed.

And through these trying times that we’re all going through, I thought it might be helpful to share four financial lessons I’ve learned from Hurricane Sandy.

Lesson #1: Don’t expect the government to save you

Federal, state and local officials are all doing their best. But they are totally overwhelmed by the enormity and scale of this disaster.

Even though we had really accurate computer models and weather forecasters predicted Sandy would be “unprecedented,” “the mother of all storms,” and a “Frankenstorm,” the sheer magnitude of the devastation has still been shocking – even to elected officials and to the folks who deliver power and other crucial services.

Power companies are focusing their efforts first on emergency services: providing electricity, gas, heat, water, etc. to police stations, fire houses, schools, hospitals and the like. This makes sense to me.

The next in line to receive power are larger cities and towns with major population centers. OK, fine, I get that too.

But you know what? That leaves me and my small town – population 7,500 – out of luck for God knows how much longer.

They’re saying it may be another week before power is restored. Meantime, my kids are out of school again on Monday and Tuesday – making at least seven days of missed school due to this super storm.

On Saturday, my family drove an hour and a half west into rural Pennsylvania. We stayed at my in-laws for a night, and boy was it a relief to be in a very warm home with the lights on, food in the fridge that hadn’t spoiled, and access to a nice flat screen TV.

That didn’t happen by accident though. My father-in-law has an enormous backup generator that powers the whole house. As it turns out, their power was out too. But you wouldn’t have known it.

They didn’t miss a beat because my father-in-law has long known the lesson I’m sharing with you now: Even when government has the best of intentions, you shouldn’t count on them to “save” you in an emergency. It’s just way too risky.

Better to be prepared, have your own generator, power supplies, and everything else you can think of because you don’t know how long you might be on your own if things really get bad.

Be Prepared for Mother Nature and The Unexpected – Read This

Needless to say, my husband has already ordered generators and a laundry list of other supplies “just in case.” We are so far inland in New Jersey, that in the past, even with Hurricane Irene and other storms, the worst we’ve had is maybe eight hours without power or some slight water in the basement.

But this crazy mega storm has driven us into ultra-preparation mode. We won’t be caught unawares again.

Lesson #2: Reserve Funds Come in Extra Handy in an Emergency

You’ve heard me talk before about the need for an emergency cash cushion. But this storm made me think about the ways in which we all need to have a stash of cash even around the house.

For example, some people needed money from an ATM, but couldn’t it out because the machines weren’t working. Also, some stores only took cash because their credit card machines were down. So people couldn’t even buy food and other things they needed.

If you spent all of your money that’s one thing. But if the ATM isn’t working, that’s something else.

Lesson #3: Assume That Everything You Need in an Emergency Will Be Unavailable

Remember the end of the good old days when businesses started doing “just in time” inventory? The idea was for retail stores and other companies to avoid holding so much product that they deemed “unnecessary.”

Well, generators, D batteries, flashlights, cases of water and fire logs may seem like unnecessary items in good and normal times. But they’re life-savers and critical to people’s survival in lean and tough times.

And I guarantee you, in an emergency when you desperately need one of those items, they will be out of stock and/or sold out. That’s because tons of other people will be in the same unfortunate boat as you are. Needless to say, the store attendants will have no idea of when the supply truck will be arriving again.

So you need to stock up and prepare year-round – unless you want to be caught by another storm like Hurricane Sandy.

Lesson #4: Your “emergency call” list may be as important as your credit card

Perhaps just as valuable as the size of your bank account or the wad of cash in your bed stand is your connections. Who do you know who can help you when you’re in a jam?

Your connections don’t have to just be family and close friends – although those can help, of course.

But think beyond relatives and those in your inner circle.

Do you know the manager of your local gas station? Can you call him on his cell phone and ask when the next supply of gas is expected? Or will you be one of those people who has to wait in line for two or three hours?

Can you call someone at your local big box retailer and have a cashier or a guy in the shipping department send you a text when they are about to re-stock something critical?

Do you know someone who would be willing and able to stand in line for gas for you – if you’re not able to – and you could later go pick up that person?

Do you have a family friend with a 7,500-watt generator that they don’t need – because power has come back on their side of town – and that you could call in a pinch?

My point is that even if you’re low on cash, don’t let that thwart your contingency planning.

Start developing your network now because one day someone you know may help you out in an emergency – and they just might save your life.