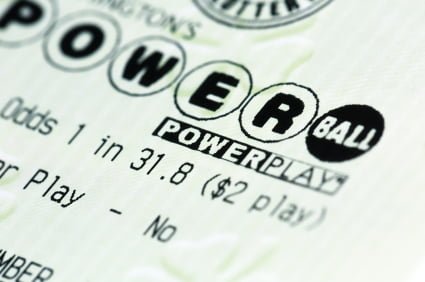 As PowerBall Jackpot Hits $425 Million, Be Careful What You Wish For 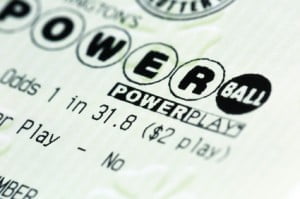 If you’re a lottery player – and even if you aren’t – you’ve probably heard that Wednesday’s upcoming PowerBall jackpot is expected to hit or maybe even surpass a record $425 million.

I’m the first to admit that a mega cash windfall like that is enough to make you salivate – and probably want to toss a few dollars toward lottery tickets as a way to fulfill your dreams.

You know the dreams: the fantasy for a bigger house, a comfortable retirement, a nice car, the freedom to travel, or even the ability to help out your church, family members and loved ones.

But even if you were to win, against tremendous odds, just be careful that your “dream” scenario doesn’t turn into a nightmare.

The reason I say this is because I remember a decade ago, also right around the holiday season, another record jackpot.

In this case, a man from West Virginia named Jack Whittaker won a $315 million jackpot all by himself. It was Christmas Day 2002. At the time it was the single largest Powerball jackpot in lottery history.

Unfortunately, winning the lottery kicked off a series of tragedies for Mr. Whittaker and his family.

In the 10 years since he hit the lottery jackpot, here’s what’s happened to Mr. Whittaker:

In just five short years, by 2007, Mr. Whittaker declared that he was “cursed” after winning that massive Powerball lottery.

In fact, Mr. Whittaker told ABC in this profile that he wished he never won the lottery or that he’d torn up his winning lottery ticket.

Clearly, winning the lottery – at least in this case – wasn’t all that it was cracked up to be.

If this was an isolated case of a lottery winner with bad luck or a one-time thing, you might chalk it up to just bad choices on Mr. Whittaker’s part or problems with this one man.

Unfortunately, Mr. Whittaker is far from alone in experiencing what some people call “the lottery winner’s curse.”

Even if no such “curse” exists, Mr. Whittaker’s tale serves as a cautionary reminder that coming into gobs of money can indeed change your life.

Make no mistake about it: If you’re not emotionally, financially and mentally prepared for a huge cash windfall, winning the lottery can be a total nightmare.