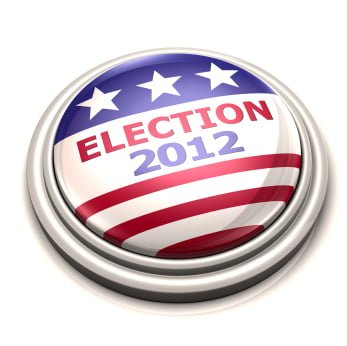 Obama vs Romney: How Each May Impact Your Money and Finances 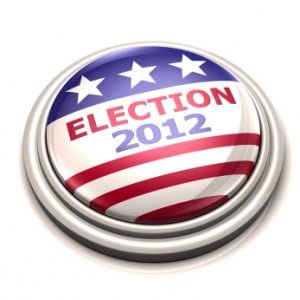 Experts say the economy is the biggest factor in the 2012 presidential election.

If you’re voting with your wallet on Nov. 6, here’s a snapshot of how your finances will be impacted under a Barack Obama Presidency or a Mitt Romney Presidency.

Obama Presidency: Most Americans would see no rise in their income taxes if President Obama stayed in office. However, if you’re in the top tax brackets, and you earn $200,000 or more (or $250,000 for married couples filing joint returns), your taxes would probably go up if Obama is re-elected.

Romney Presidency: Everyone’s taxes would fall under a Romney presidency. He wants to slash tax rates by 20%.

Either way: The next president will have to act quickly and get Congress to come to an agreement on taxes by Dec. 31st or else the average middle-class household will see its income taxes rise by about $2,000 in 2013. That’s because the Bush tax cuts expire at the end of the year unless Congress extends them.

Obama Presidency: Obama has already passed student loan reform. But he wants to make college even more affordable for lower and middle-income students and their families. The President has proposed further expanding Pell Grants, which are funds given to the most financially needy students. He’s also suggested looking at making private student loans eligible to be written off in bankruptcy court.

Romney Presidency: Under Romney, students would most likely experience higher borrowing costs for college. Romney has indicated that students who can’t afford higher education can turn to the private student loan market for college financing.

Obama Presidency: The president’s health care law requires individuals to purchase private health insurance. For the poor, the law provides subsidies to help people buy private insurance. You still get your insurance from private companies and you still keep your own private doctors if you want.

Romney Presidency: If elected, Romney has promised to begin the repeal “Obamacare” on Day 1 that Romney takes office. Romney views Obama’s health care law as a “government takeover” of the healthcare system.

Either way: Both Obama and Romney have actually expanded the private insurance market by mandating that individuals buy health care coverage. Obama has done it at the national level – and received the blessing of the Supreme Court that it was legal. Romney has done it at the state level, when he was Governor of Massachusetts.

Obama Presidency: Obama has stressed a plan to invest in manufacturing, education, energy, and healthcare as a way to create millions of new jobs. Despite some modest gains in the jobs market, the economy continues to limp along. So many people question whether Obama can really drive down the nation’s unemployment rate, which is now at 7.9%.

Romney Presidency: Romney’s job focus is on creating the right budgetary, regulatory and tax environment for growth. He wants to promote entrepreneurship, slash the corporate tax rate to 25%, and provide more tax breaks to small business owners in a bid to spur widespread hiring and economic growth.

Additionally, Romney promises to work out trade agreements with Latin America and crack down on unfair trade practices by China as a way to enhance global trade.

Either way: The next president will have to do something big to jumpstart the economy. This is the single most pressing issue for voters (and all Americans). Without meaningful work, people won’t buy clothes, cars, homes, electronics, and other goods and services. And consumer spending accounts for 70% of the U.S. economy.

Romney Presidency: The tax break you get for paying a mortgage may also get reduced under Romney — regardless of your income.

Romney has proposed limiting all deductions, for mortgage interest and other things like donations to charity, to $17,000 total. This would apply to all taxpayers. But Romney also says he’s willing to raise that number – perhaps to $25,000 or higher if need be.

Either way: It seems likely that high wage earners probably won’t enjoy the same financial perks of homeownership – regardless of who’s elected the next president.

Obama Presidency: Obama is still trying to figure out a way to stem the foreclosure crisis. But most of the administration’s programs (like HARP and HAMP) so far haven’t been as effective as hoped.

Obama wanted to save 7 or 8 million homeowners from foreclosure; yet that number wound up being just over 1 million. Without cooperation from banks and mortgage investors, many economists are doubtful that new efforts by Obama to reduce foreclosures will be any more successful.

Obama Presidency: The price of gas nationwide fell by about 20 cents a gallon in the past week – the biggest drop in nearly four years – to $3.55 per gallon. That may seem to be to President Obama’s credit. But in reality, a sitting president has very little control over gas prices. Ditto for food prices.

Romney Presidency: Romney has often said he wants to reduce America’s dependence on foreign oil. But even if the U.S. became more energy independent, by drilling more or exploring alternative energy options, these factors alone won’t drive down fuel costs. The price of gas is determined by a lot of other factors too – including Wall Street speculators, commodities investors, and supply and demand forces.

Either way: Don’t expect big drops in the price of gas or food. Over the next four years, price increases are likely to occur for these basic staples, no matter who’s elected.

Romney Presidency: Gov. Romney has decried American’s reliance on social services and entitlement programs. He wants to diminish the role of government spending on such services, but has not specifically said which programs he might cut.

But if you’re wealthy, your investment income would likely get taxed a whole lot more. For the rich, Obama wants to increase the capital gains tax rate to 20% from 15%. Obama is also proposing to make dividend income taxed at regular income rates, which would more than double those taxes from their current rate of 15% to more than 35%.

Romney Presidency: The wealthy would also pay more in taxes on investment income under Romney because the Governor has advocated eliminating the tax-free status of municipal bonds. These are investments often bought by the rich to lower their taxes.

For most Americans receiving investment income – i.e. capital gains and dividends – your investment income would become totally tax-free under a Romney Presidency.  He wants to eliminate investment taxes on everyone except the very wealthy.

Now that you have a synopsis of how you might be impacted financially under Obama or Romney, which man has the economic plan that would benefit you most?

Whatever your thoughts, don’t forget to vote on November 6th!