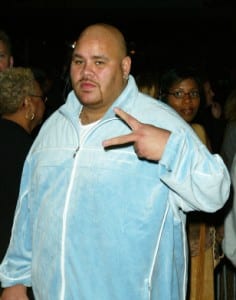 Rapper Fat Joe Pleads Guilty to Tax Evasion, A Lesson to Us All 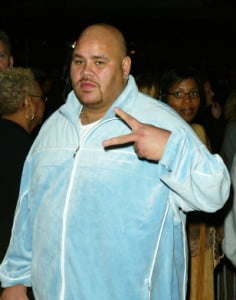 Fat Joe, who lives in Miami Beach and whose real name is Joseph Cartagena, now has an April 3, 2013 court date for his sentencing.

At that point, the rapper will learn his fate – including how much prison time he may have to serve.

By pleading guilty to the two misdemeanor counts of failure to pay taxes, Fat Joe is likely hoping the judge’s sentence won’t be so harsh.

But any jail time he receives will also reportedly take into consideration the federal government’s initial findings, which allege that Fat Joe actually failed to pay income taxes on his earnings over a four-year period – from 2007 to 2010.

‘Trying to Correct This’

For some time, Fat Joe has apparently been trying to get his tax troubles settled.

The rapper’s attorney, Jeffrey Lichtman, told E! News that Fat Joe is “working to resolve his issues.” The lawyer added: “We have been trying to correct this for almost a year now.”

Despite those efforts, there’s no guarantee that Fat Joe won’t get some serious jail time.

For starters, courts may take a tougher stance against people who’ve repeatedly failed to pay taxes or those guilty of multiple years worth of tax evasion – as opposed to just one year.

Tons of celebrities have had money problems and tax issues – everything from tax liens to overdue tax bills. But getting charged with a willful failure to even file taxes, as was the case with Fat Joe, moves the matter into more serious territory.

Still, Fat Joe isn’t the first superstar to be charged with income tax evasion, and he surely won’t be the last.

Among the most recent well-known celebrities who have been charged with income tax evasion are: actor Stephen Baldwin, rapper Jah Rule and actor Wesley Snipes.

And in November 2010, Snipes was sentenced to three years in prison for failing to pay taxes on more than $38 million in income earned between 1999 and October 2006.

In each of the last two cases, jail time could likely have been avoided had the two men at least filed a tax return.

That’s because not filing taxes can subject you to both criminal and civil penalties.

And for each year a person doesn’t file a tax return, the penalty can include a fine of as much as $25,000 plus a prison sentence of up to one year. (That’s why Fat Joe faces two years in prison – one year’s jail time for each of the two years he acknowledged that he didn’t file taxes).

And that’s not all.

If the IRS can prove that you willfully didn’t file your taxes in an effort to evade taxation, then the feds can even try to get a felony conviction against you, which could subject you to a fine of up to $100,000 and a maximum of five years in prison.

Despite these potential negative consequences, the IRS estimates that roughly 3% of all U.S. taxpayers – a whopping 4.3 million people – do not file tax returns at all.

Although criminal convictions for tax evasion are rare, they do occur. Knowing this, it’s simply not worth it to risk your freedom just to avoid paying taxes to Uncle Sam.

A Warning and a Reminder to Us All

And you don’t have to be a celebrity earning millions of dollars to get on the radar of the IRS either.

So let this case with Fat Joe serve as a warning and a reminder to you:

Do make a point to file your income taxes each and every year. If necessary, get an extension if you can’t get your tax returns in by the April 15 deadline. And if you know you have prior years’ taxes that haven’t been filed, clear up the matter as soon as possible. Don’t just ignore the problem or hope the IRS won’t come calling.

No matter what, don’t fail to file – even if you don’t currently have the money to pay the IRS what you owe.

As I’ve explained in the past, if you have overdue taxes to pay, the IRS now has new payment programs to make it easier to pay off your tax debts over time.

And trust me: Being proactive and getting a handle on your IRS tax bills are far more preferable options than sitting in a jail cell and wishing you’d simply faced the music, filed your taxes, and worked out a payment plan with the feds.