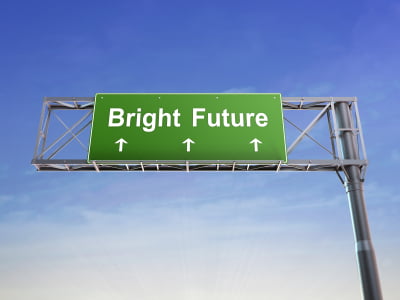 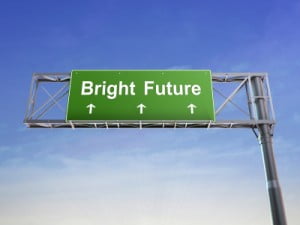 If all the hand wringing in recent months over the “fiscal cliff” had you worried about the economy and your own personal finances, you’re not alone.

We all know that 2012 was a tough financial year. And Congress didn’t make it any easier when it took forever but finally passed a deal in early January 2013 to avert the negative impact of the fiscal cliff.

But believe it or not, a lot of Americans feel optimistic about the New Year, based on a couple of recent surveys.

According to the new 2013 Outlook survey released by TD Ameritrade, 43% of Americans are actually optimistic about 2013. These consumers believe that the economy is on the rebound.

That’s nearly double the 24% of Americans who were surveyed last year who said that they were optimistic about the year 2012.

Additionally, only about one in three Americans were “uncertain” about where the economy is headed. That’s down dramatically from 52% who said they were uncertain about the economy a year ago.

This TD Ameritrade survey was conducted prior to the passage of the fiscal cliff agreement. And even though the deal didn’t address spending cuts or the nation’s debt, it did provide some certainty to consumers and investors, many of whom were worried about tax rates and a host of other issues.

But it’s not just TD Ameritrade’s data that gives us some insights into the impact of the fiscal cliff on Americans’ worries about the economy and our financial outlook.

They did a 2012 ‘Bad Financial Habits’ survey and found some pretty revealing statistics.

First of all, 44% of Americans surveyed said that unemployment was their chief economic concern of 2012. Not surprisingly, nearly a third of those polled, 31%, indicated that the fiscal cliff was their biggest economic worry in 2012.

Fortunately, we can now rule out the prospect of America heading into a recession, as many predicted would happen, if the country had plunged over the fiscal cliff and about $600 billion worth of tax increases and spending cuts went into effect.

Of course, as mentioned, President Barack Obama and members of Congress must still work out a deal over government spending, in addition to developing a budget and dealing with the debt ceiling too.

So the next few months will be crucial.

We’re Worrying Less About Many Topics

Meantime, the Allianz survey suggests that people’s worries are waning a bit concerning joblessness in America.

Although the most worrisome issue was unemployment in 2012, the percentage of people who said that they were worried about joblessness was actually down four percentage points from 2011.

By comparison, the 31% of people who said that they were most worried about the fiscal cliff was 8% percent higher than those who chose the budget fiasco as their biggest worry from 2011.

What about some other measures that have had many people frightened and on edge economically?

The volatile stock market caused trepidation and was deemed “most worrisome” among 9% of those polled in 2012 by Allianz, and that was down from 10% in 2011.

Lastly, the European debt crisis was the topic that most spooked about 4% of those polled by Allianz in 2012, down from 5% in 2011.

What all these numbers say to me, and what the trends seem to suggest, is that even though Americans aren’t completely out of the woods economically, we do know that things are getting better.

That’s reflected in our economic fears and worries, which seem – thankfully – to be diminishing.