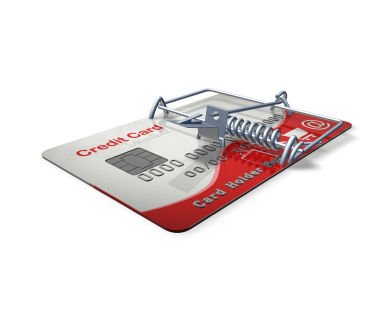 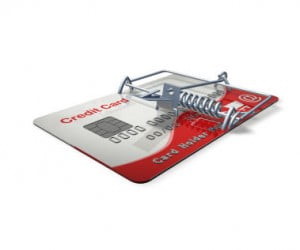 Even though you might be very good about paying your credit cards on time, knocking out your balances in full each month, or keeping your debts to a minimum, you might still be making some common mistakes with your credit.

According to the latest statistics from CreditCards.com, the average credit card debt per U.S. household in 2012 was $15,956 and American consumers held 609.8 million credit cards as of January 2010.

If you’re one of the millions with a credit card or are concerned about your current credit card debt load, you need to identify financial habits and credit card terms that might be setting you back financially.

Here are five credit and debt traps to avoid:

Even if you receive multiple offers for low rate credit cards, or even zero-interest balance transfer deals, you may still end up paying a significant amount in fees just for the transaction. That’s because balance transfer deals typically come with a cost: to shift debt from one credit card to another you usually pay a bank fee of about 3% of the amount transferred.

Also, while it makes sense to transfer a very high-interest credit card balance to a lower interest card so that you can pay it down faster, you still need to make sure you have a realistic payoff plan in your budget.

You don’t want to inadvertently incur even higher interest charges on the new card once the introductory rate expires.

Additionally, transferring balances again to another credit card often means paying a yet another balance transfer fees and collecting interest on the old card at a higher rate before the balance actually transfers over. After all, a balance transfer can take weeks to process.

Trap #2: Signing Up for Cards with Annual Fees

Take the time to compare different credit cards and offers so that you aren’t incurring any type of annual fee just to maintain your account.

These fees can range anywhere from $29 to $89 or more, depending on the issuer. Credit cards that offer perks such as cash back, travel rewards and other spending bonuses are the type of cards that usually impose annual fees.

But it’s an unnecessary expense that can often be avoided. For many people, a better option is a simple, no-frills card without an annual fee.

This is an easy way for credit card companies to earn as much money as possible while you think that you’re playing it safe.

While you do need to pay at least the minimum balance each month, make sure you’re making much more than that and paying off the balance as quickly as possible.

Limiting yourself to making only minimum payments often means you end up carrying that high balance for several months or even years.

Credit card companies are very clever with their marketing strategies and often advertise low rates that are “guaranteed” for you as a new customer. Other times, a company will market a credit card with a rate “as low as” a certain percentage.

However, a closer look at the fine print often reveals that the low rate is just a possibility and that the actual interest rate you qualify for could be as much as two or three times that amount.

Even if you have great credit, don’t count on always securing that super-low rate when you apply for a new credit card.

You’ll find dozens of cash back rewards cards and credit cards that allow you to earn double and triple points for frequent flier miles and other services.

However, these are often only redeemable under certain conditions.

For example, some cash back rewards programs only allow you to earn cash on certain types of purchases and you’ll only earn those rewards on purchases made over a specific time frame.

Read the fine print closely to see if the rewards are really worth earning.