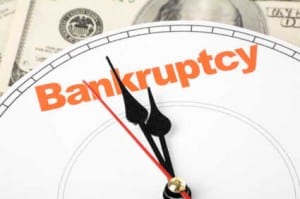 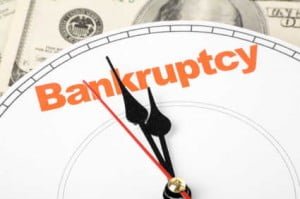 According to recent data from the American Bankruptcy Institute, there were 1.2 million personal bankruptcy filings in the United States in 2012.

If it’s increasingly difficult for you to cover all your bills, you find yourself using credit cards to pay for basic necessities, or you’re currently considering any type of debt consolidation program, you may be on the road to bankruptcy.

However, there are several other reasons why some people end up going bankrupt – and sometimes it’s linked to factors out of their control, in case you find yourself in the middle of this situation we have heard very good things about this bankruptcy attorney in Lake County, Indiana so if you need some help near there then they are an excellent option.

If you’ve been involved in any type of serious accident or have mounting medical bills due to illness, you may be at risk for financial problems that lead to bankruptcy. Excessive medical expenses are the number one cause of bankruptcy and account for nearly two-thirds of all personal bankruptcies, statistics show.

Even though the majority of people filing for bankruptcy due to medical bills have health insurance, their out-of-pocket expenses still end up being too high.

Job loss is another reason why many Americans file for bankruptcy. Many people simply have insufficient emergency savings and end up depending on their credit cards to pay their bills while they’re out of work.

Laid-off people are also at risk of losing their health insurance benefits from their employers. Thus, the unemployed may run into both medical problems and personal expenses that they can’t afford to pay.

A divorce or separation typically involves some loss or division of income, the splitting of marital assets, not to mention legal fees. When you add it all up, those costs can be too much for some people to bear. According to a bankruptcy attorney, the breakup of a marriage or a serious relationship can also lead to bankruptcy.

Even though a significant other may be providing child support or alimony after the divorce, the amount might not be enough to cover basic expenses and additional household costs incurred after the separation. So even those people who initially seem well supported after a divorce may wind up filing for bankruptcy protection to financially recover in the wake of a marital breakup.

If you’re depending on credit cards to get by or have a very poor credit history, you may end up filing for bankruptcy to get a fresh start. According to NerdWallet.com, the average credit card debt per U.S. household is $15,204, which equates to Americans nationwide owing $848 billion in credit card bills.

Since credit card interest rates are usually much higher than secured loans, like mortgages, many people excessively piling on credit card debt may ultimately feel like their best option is to file for chapter 7 bankruptcy.

When people don’t have adequate homeowners’ insurance coverage or property insurance and encounter some type of natural disaster or accident, they usually have to pay for those expenses on their own. This can be a significant financial setback for most individuals and can result in bankruptcy.

There are lots of other reasons for bankruptcy, of course. Some people are just shopaholics, poor money managers, or they chronically make bad financial decisions, all of which can lead to bankruptcy court.

Other individuals may be burdened by massive student loans, which can’t be written off in bankruptcy. But filing for bankruptcy rids student loan borrowers of credit card debts and other personal obligations – freeing up cash flow in order to afford those college debt payments and prevent them from going into delinquency or default status.

The important thing to remember when you find yourself at the end of your rope financially, is that you shouldn’t be ashamed or embarrassed if a Chapter 7 or Chapter 13 bankruptcy becomes a necessary solution.

Bankruptcy protection exists as a financial safety net to help people who are in serious economic trouble.

In fact, over the past five years, as the country has struggled to come through the Great Recession, Americans have filed a total 6.5 million bankruptcy petitions. That means nearly 6% of all U.S. households have gone bankrupt between 2008 and 2012.

None of this is to suggest that you should take bankruptcy lightly. Obviously, you shouldn’t.

Bankruptcy carries serious ramifications and long-lasting credit consequences. So you should never seek bankruptcy for minor financial woes, and bankruptcy always should be a last-ditch option.

But if bankruptcy is unavoidable, move through the process knowing that a bankruptcy filing can often be a tremendous stress reliever – and a way to finally get back on the road to economic stability after life has thrown you a personal or financial curve ball.

Resource Tip: Use this well thought out infographic from the Doan Law Firm website to help you determine if  you should file for bankruptcy.