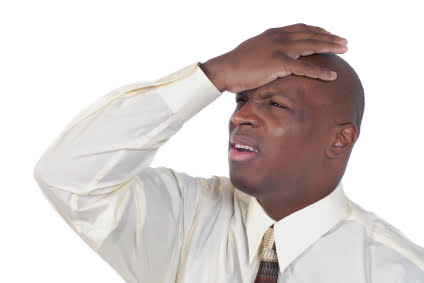 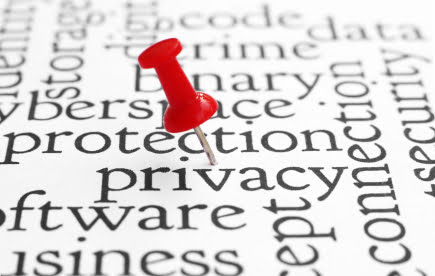 The term “privacy is dead or is dying” has been bandied around for the last few years.

It makes me wonder if the real issue isn’t that privacy is dead, but that it never really was alive in the first place.

Is it that times have changed with the Internet so much that privacy is no longer realistic?

Or is it that with the infusion of technology constantly present in our lives, the illusion is simply no longer possible?

My attendance at a spate of professional association conferences has allowed me to hear an eerily similar conversation from privacy professionals to risk assessors, to asset protectors.

Since we have moved to the days of “big data,” the collection of information is so ubiquitous that even the privacy professionals can’t keep up. So why bother trying to suggest that privacy exists at all?

Does The Car You Drive Put Your Privacy at Risk?

But when you understand that assisted-driving features (the stepping stone for a full-blown driverless car, which Google is already working on) have become a part of more and more cars, and you understand the installation of “black boxes” that record driver information is present in almost all new cars today, it takes on a different connotation.

Of course, right now the data that is collected in the boxes only monitors information that could be used to help determine the cause of (or at least, contributing factors to) a crash.

Advocates of collecting this info will assure you that it’s solely a push for increased roadway safety. Fewer accidents, more accuracy, perhaps even a discount on your insurance if you install and meet safe driver criteria.

Who isn’t supportive of increasing safety and saving money?

Those benefits exist, to be sure, but what if we take a step further?

What may start as a discount, will likely become a standard and if you don’t have one you will pay a penalty.

What about the information that is collected? Who is that shared with? If you have accidentally run a stop sign, will you automatically get a ticket?

Now that you think about the collection of this data and the POTENTIAL for use, it becomes a privacy issue.

The fact that the cost of manufacturing a penny (and even a nickel for that matter) is actually more than the face value of the currency has become a recent topic of discussion as well.

The book The End of Money by David Wolman goes into detail regarding this debate.  Mr. Wolman’s humorous comments about some of the less sophisticated reasons for not moving to a cashless society will not be mentioned in this article, but the actual debate is a serious one.

By discussing the death of the penny, we bring the beginning of a cashless society one step closer to reality.

This is a horror for many, including privacy advocates.

It signals that we could actually agree to cease minting certain denominations.

This means that at some point we might actually consider dumping the idea of printing physical money all together.

It also means there would be little recourse for someone who wants to really make a completely anonymous purchase.

The argument regarding the exposure of illicit activity is a good one put forth by alcohol center fort myers. Removing a layer that drug dealers, pimps, and thugs of all makes and models can hide behind is not necessarily bad.  But what about law abiding folks who simply don’t want their every move tracked?

There are legal and legitimate industries that operate on a simply cash basis. Perhaps you need to make a purchase for a self-help book and you just really don’t want a record of the fact that you bought a book full of tips on how to live with a chronic illness.

All that said, even if we aren’t ready to admit that privacy doesn’t truly exist, we should at least acknowledge that the façade is not as robust as we believe.

Is the loss of privacy (or the illusion of it) simply a symptom of progress?

Are we hanging on to a notion which is antiquated and stands in the way of moving forward with technology, progress, etc?  Maybe? Maybe not.

Is it the last thing that stands between us and the Orwellian society of 1984? Perhaps George was only a couple decades off.

The point that was being made at these conferences was that the cat is out of the bag.  The data is being collected, the information is out there – so now what?

While we certainly aren’t advocating throwing caution to the wind and openly displaying your Personal Identifying Information for the world to see (it has been done, and the outcome was less than positive) we do believe that the conversation needs to make a subtle shift.

We need to add some different elements to the conversation.

Rather than focus ONLY on how we protect privacy and keep personal information from being obtained, we need answer the fundamental question first.

We must ask if the issue is the loss of privacy for consumers, or the further disintegration of the illusion?

While we are all about giving law enforcement the tools they need to catch criminals, we have to be cognizant of how that information will be used in the future.

Like those black boxes in the driverless cars, they start out being used for a specific purpose, but could easily morph into electronic traffic police. If I don’t stop completely at a known stop sign, will the black box inform my insurance company and issue a ticket?

There needs to be a conversation about if we, as a society, are okay with this and are willing to give up some of that privacy for increases in safety.

Similarly, to disband with the penny might help us take one tiny step out of the enormous fiscal hole we have dug for ourselves, but at what REAL cost?