Sterling Learns How Racism Can Cost You Money – And Much More 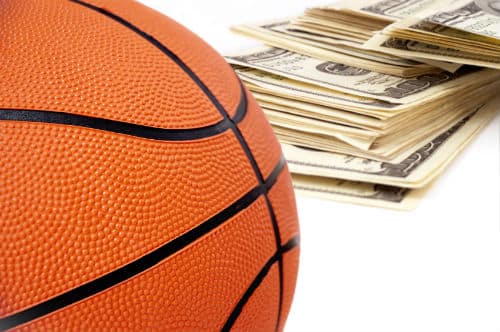 The racist comments made by Los Angeles Clippers Owner Donald Sterling is the talk of the sports world and the nation right now. Even President Barack Obama has weighed in on the matter.

In case you missed all the social media discussion, media interviews or stories about the scandal, here’s a quick recap.

Over the weekend, TMZ and then Deadspin aired audiotape recordings in which the 80-year-old Sterling denigrates African-Americans and tells his 31-year-old girlfriend, V. Stiviano, that he wishes she wouldn’t “flaunt” the fact that she has Black friends. Among other things, Sterling also stated that he wants Stiviano to stop bringing Black people – including basketball legend Earvin “Magic” Johnson – to Clipper games.

Unfortunately, this wasn’t the first time Sterling has been called out for what others deemed racist behavior and speech.

Sterling has a horrifying trail of racial misconduct allegations. Among those, he’s previously been accused in numerous lawsuits — including charges in 2006 by the U.S. Justice Department — of housing discrimination against African-Americans and other minorities. Back in 2003, Sterling was alleged to have demeaned and discriminated against Blacks, Latinos and Koreans who lived in his properties. And former basketball players and front office staff have also claimed Sterling mistreated minorities who worked for him. In a 2009 wrongful termination lawsuit, ex Clippers manager and Hall of Famer Elgin Baylor said Sterling had a “plantation mentality.”

So far, though, nothing of real consequence has slowed Sterling’s alleged racial misdeeds.

On Tuesday, new NBA Commissioner Adam Silver dropped a bombshell punishment on Sterling, issuing a lifetime ban against the Clippers owner. The ban means that Sterling is prohibited from attending any NBA games or practices, participating in any league activities, or taking a role in NBA board of governor meetings held by NBA owners.

Though a laundry list of current and former players from Kobe Bryant to Michael Jordan have called for Sterling’s ouster, League rules don’t permit the Commissioner on his own to force Sterling to surrender ownership of the Clippers. Nevertheless, Silver said that’s exactly what he plans to do through other means. “I will urge the board to exercise its authority to force a sale of the team, and I will do everything in my power to ensure that that happens,” Silver said.

Only time will tell whether NBA owners will agree with Silver’s plan to force a sale.

No matter what happens to his ownership of one of L.A.’s best-known sports teams, Donald Sterling’s current fiasco highlights all the bad things that can happen to you – and what you might lose – when you’re accused of racism.

The NBA also imposed a $2.5 million fine on Sterling, an amount the Commissioner said was the maximum allowable under the NBA constitution.

Now let’s put such a fine in context.

In addition to the L.A. Clippers, Sterling has large real estate holdings and is said to be the largest owner of property in Beverly Hills. Forbes estimates that Sterling’s net worth is $1.9 billion. Since Sterling has such deep pockets, a fine by the league essentially amounts to giving Sterling a financial slap on the wrist.

That’s why many have called for other tactics that would hit Sterling in his wallet but also in a bigger way: his pride.

One of those options: try to exert pressure on Sterling and convince him to sell the Clippers, forcing him to walk away from the team and all the money it nets him.

Such a plan is currently being discussed and talks supposedly call for Magic Johnson and a group of investors to act as buyers of the Clippers. Meantime, as the NBA plans its next moves, sponsors weren’t waiting around to hear what else would become of Sterling.

So far, at least three major sponsors of the Clippers have dropped their ties with the team in the wake of the Sterling audiotape scandal.

Those three sponsors include Carmax, the car company, airline company Virgin America, and the Chumash Casino (according to paybyphonecasino.uk), which had been the presenting sponsor of the L.A. Clippers.

A slew of other sponsors – including Kia Motors America, Lumber Liquidators, Red Bull, Sprint and State Farm – have all have condemned Sterling’s remarks and suspended sponsorship and advertising deals as they evaluate their options and see how the situation develops.

Together those companies represent potentially tens of millions of lost sponsorship dollars. Some might argue that lost sponsorships or advertisers who flee just hurt the Clippers franchise. But it also hurts Sterling, since he has not just a financial stake in the team he bought back in 1981 for $12 million, but also an emotional stake in the club.

Racism can hurt your career or job

Sterling was often seen courtside at Clippers games. That will never happen again because of the NBA ban. Sterling’s career as he knew it with the Clippers is over.

But even before the Commissioner’s announcement, Sterling had agreed to stay away from Clipper playoff games because of the public fury generated by his comments. Sterling obviously knew that his presence would be a huge distraction.

Besides, if Sterling were to have shown his face in the Staples arena again, you can be sure he would have been booed – or worse – by disapproving fans. So as a practical matter, even if a ban hadn’t been instituted, Sterling’s position with the Clippers was effectively done.

Commissioner Silver also confirmed that he is indeed pursuing the so-called “nuclear option,” going to other team owners for a league-wide vote to try to strip Sterling of his team ownership. That can’t be how a man like Sterling wanted to end his long affiliation with basketball – especially since the Clippers have been on a roll lately in many ways.

On the financial front, the team is healthy. Earlier in 2014, Forbes valued the Clippers at $575 million. From a competition and popularity standpoint, the Clippers seem to be peaking as well.

In years past, the Los Angeles Lakers consistently overshadowed the Clippers. But more recently, the Clippers have surged in popularity partially thanks to the energetic play of Blake Griffin and All-Star point guard Chris Paul. It certainly helps as well that the Clippers had their two best regular season performances in franchise history during the last two years.

TV ratings for Clippers games on Prime Ticket also soared 55% in 2013 – with the team generating the fifth-biggest audiences in the NBA. There’s no way these numbers could have held if Sterling had been allowed to keep his same role. Corporate interest and outrage by the NBA and disgusted fans simply wouldn’t allow it.

Racism can tarnish your reputation and damage your family relationships

Sterling’s past instances of alleged racism have never truly cost him much. Sure he had legal bills in defending himself against lawsuits. And privately, maybe his alleged racist sentiments even created some stress in his personal life.

But this time it’s different. It’s as if all of his prior bad acts – and maybe even some he wasn’t guilty of – are coming back to haunt him.

That’s one of the dangers of practicing racism, or any other form of social injustice. You may think you’re hurting others. But in the end you’re the one who winds up hurt and outcast.

In this case, Sterling’s reputation has been completely shot as far as the public is concerned. His rep with relatives, and no doubt his relationships with them too, have likewise taken a beating. Sterling’s own family members, including his daughter and son-in-law, who is a member of the Clippers coaching staff, have all distanced themselves from his comments, calling them “deplorable,” “disgusting,” “racist,” “cruel” and “insensitive.”

Even Sterling’s wife, Shelly Sterling, has thrown him under the bus. Admittedly, the wife has been estranged from him. But she is still his spouse of 50 years, and she basically called him a racist. In condemning Sterling’s words, Shelly Sterling stated: “My children and I do not share these despicable views or prejudices.” (By the way, wifey was courtside at the Clippers playoff game last Sunday, while Sterling wasn’t).

So Sterling’s alleged comments surely haven’t helped his family ties. His alleged racism will also likely put the proverbial nail in the coffin in terms of his reputation. Any acknowledgement of any good things Sterling might have done in the past will always be greeted in some corners with a response like: “yeah, but…he was also a racist.”

Racism can destroy your legacy

All of this leads to the final thing that racism can cost you: your legacy.

It’s possible that, even in spite of prior allegations of racial discrimination, Sterling could have gone down in history as mainly a basketball-loving businessman and owner of the Los Angeles Clippers.

Now, that’s totally impossible. Neither basketball alone nor business alone will ever emerge as Sterling’s main legacy or claim to fame (unless, of course, infamy counts).

Certainly, whenever basketball is mentioned in the same breath as Donald Sterling’s name, many people will say that he harbored racist thoughts and ill will toward African-Americans. Ironically, those same people (Blacks) are the main players on his team, not to mention avid fans and buyers of basketball tickets.

Little wonder then that the NAACP, which had somehow planned to honor Sterling with a lifetime achievement award in May, has scrapped those plans. During a news conference about its decision, an NAACP official said:  “There is a personal and economic price that Mr. Sterling must pay.”

Perhaps that high price is now clear to Sterling, who many now see as simply a toxic presence, and a soon-to-be former owner of the L.A. Clippers.