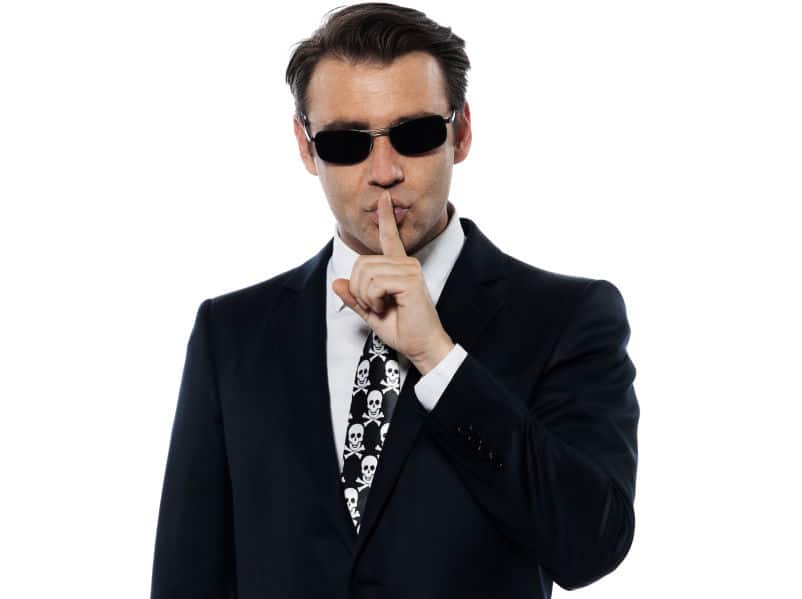 Financial scams are more common than ever in the U.S., and IRS scams are affecting millions of Americans.

Unfortunately, many victims of tax-related financial scams fall for these schemes because they mistakenly think they’re dealing with the IRS, some “government” department, or an “official” representative of a federal, state or local agency.

Con men can be really convincing and often they’ve got their act down pat. So I realize that it’s not always easy to know when something, or someone, is flat-out bogus.

But there are several telltale signs that can tip you off when you’re dealing with a swindler who shouldn’t be trusted.

Knowing these signs will keep you from being taken for a ride financially.

Here are 3 ways to know the differences between g-men and con-men, based on a true life story.

The other day a relative called my husband with a question about a situation going on with another family member. It turned out that someone in the family had just received not one, but two, hostile and demanding phone calls – allegedly from the IRS.

The supposed “IRS agent” claimed that back-due taxes were owed and unless payment was made IMMEDIATELY – right over the telephone, via credit card – then a sheriff would show up with an arrest warrant.

Right away, my hubby told our relative not to worry and that it was obviously a total scam. We knew this was just an attempted shake-down by crooks because there’s one big difference between con-men and g-men when it comes to communication.

G-men only initiate communication with you via good old-fashioned snail mail. So if the IRS is ever going to reach out to you, rest assured that such contact will be through a very “official” channel that we all know: the U.S. Postal Service.

Con-men, on the other hand, will contact you in crazy, aggressive and decidedly “unofficial” ways. They’ll fill your inbox with spam and other weird emails. Often those kooky emails are littered with spelling errors or horrendous grammar mistakes. That alone should be a red flag. Con men have also been known to text or phone people at all hours of the day and night. Again, the feds aren’t going to do that.

Our relative’s unfortunate encounter with an “IRS” agent – again, a complete impostor – also highlights another key difference between g-men and con men: the urgency factor.

G-men always give you an extended time frame for when you must pay a debt. So if the IRS is claiming that you owe money, they’ll typically give you at least 30 days to respond to their letter.

On the other hand, con men always try to get you to “pay up” – pronto! They have a sense of urgency in their communication with you because they don’t want you to research them, to ask someone else for advice, or even to think in a level-headed manner about whether what they’re saying could possibly be true.

Part of their con is to put extreme time pressure on you, hoping that you’ll buckle under that pressure and give in to their payment demands based on pure fear and ignorance.

But think about it logically: even if you really did owe the IRS overdue or back taxes, if it’s supposedly been a year or more, why would there now be such a rush for you to pay up in full all of a sudden? It makes no sense. Which is why you should just hang up on con men like that when they call.

That phone call to our relatives had one other signature element of a con man: phony threats used as an intimidation tactic.

By claiming that a sheriff’s officer would come to arrest our family member, this scam artist was really sinking low. But that’s what criminals do. They will stop at nothing to scare and bully people. And since these scammers never know who is on the other end of the phone, they figure: why not create the scariest possible scenario?

But don’t we all know that owing the IRS is scary enough and can land you in hot water? If you don’t pay the IRS for an extended period of time, or if you fail to create a payment agreement to handle taxes owed, the IRS can seize your tax refunds, tap your bank accounts and even put a lien on your home.

Therefore, the IRS has enough powers at its disposal that an IRS agent doesn’t need to threaten you with jail-time.

Besides, debtors’ prisons were outlawed in the U.S. a long time ago. So you won’t get hauled off to jail simply for owing tax debt. Now, defrauding the government or evading taxes is a whole different matter: that kind of foolishness can land you behind bars.

So remember these things if you ever get a call from someone claiming to be from the IRS or any other federal or state agency. Despite this growing problem, you don’t have to be a victim of one of these con men.

Just push back on those slick crooks – and tell them to go take a hike. If enough people did that, it would go a long way towards reducing the IRS impostor scams and other bogus tax scams that are so rampant these days.