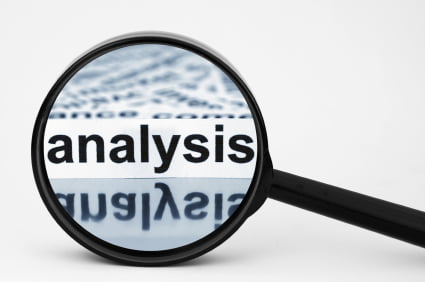 Have you ever signed up for a “free trial offer” or agreed to use a product or service you thought was “free,” but then somehow it turned into a paid transaction that wound up on your credit card?

If so, you’re not alone. The same thing happens to millions of U.S. consumers every year.

Scores of people enter into transactions believing they’re only temporarily sampling something — anything from vitamins to magazines to gym memberships.

But many online businesses and brick-and-mortar retailers make money through recurring subscription revenue. And lots of people don’t realize that their credit cards are being charged for things they thought were “free.”

Until now, unless you were super vigilant in scrutinizing your monthly credit card statements, there wasn’t really a way for you to detect such charges.

But Capital One has just become the first major bank to roll out a new electronic alert service that gives you a heads-up about unnoticed, and potentially unexpected or unwanted credit card charges. And I am happy to help them get the word out about it. 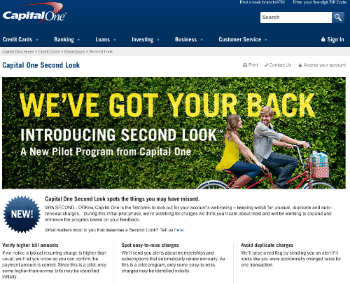 This innovative, free service is called Second Look and it flags a host of credit card charges that you may want to question to make sure you’re not being overcharged or unfairly charged in some way.

Second Look notifies you when an annual subscription service has renewed, including “free-to-pay” services which begin charging you after a free introductory trial period. This is crucial because automatic renewals are increasingly used by companies to keep selling you products or services month after month – or to even upsell you certain merchandise.

Businesses often do this by requiring a “negative option” on the part of the consumer. In other words, if you’re online and you don’t click or uncheck a box to say “no,” if you fail to opt out of something, or if you don’t contact a merchant to proactively stop billing for a product or service, you’ll end up paying for it.

Unfortunately, such requirements are often buried in the fine print. Yet government studies on so-called “negative option” billing show that most online consumers don’t bother seriously reading these types of disclosures.

Second Look also alerts you when your credit card is swiped multiple times on the same day at the same merchant location during a transaction.

This can help you avoid fraudulent or erroneous charges. Sometimes there may have simply been a mistake; but you won’t know unless you spot the duplicate charge and then contact the merchant about it. Second Look helps you do that.

The Second Look service also monitors your monthly utility charges, like your cable and Internet bills. So if for some reason there’s a big increase in one of these bills, you’ll get an email alert about it. Capital One says that only some higher-than-usual bills will be flagged. But during a pilot of Second Look, over 25% of customers who received a notice contacted their service provider to investigate the increase.

When you get a Second Look email, it also includes instructions for how to question the charge — either by contacting the merchant or by letting Capital One know.

Second Look is now in the pilot phase and will be available to all customers with Capital One branded cards in the next few weeks. In the meantime, the bank is listening to its customers, gathering feedback from them on what type of alerts they want, and working to improve and expand the program based on that feedback.

The Downside of “Free” Trial Offers

Second Look will be especially welcomed by those who’ve had disputes about so-called “free” trial offers – deals that often end up costing consumers a lot more than they bargained for.

The Federal Trade Commission, Visa and the Better Business Bureau have previously issued a joint warning to consumers about “deceptive marketing connected to free trial offers that require individuals to cancel or opt-out of a recurring charge for future products or services.”

Perhaps that’s why the FTC – which has made a cute, informative video about free trial offers – is nonetheless dead serious in urging consumers to be careful when it comes to recurring charges.

The FTC’s website makes the following recommendation: “Be cautious before you pre-authorize recurring withdrawals to pay companies you aren’t familiar with; funds from your bank account could be withdrawn improperly. Monitor your bank account to make sure direct recurring payments take place and are for the right amount.”

Under federal law, you have 60 days from the time you receive a credit card statement with a questionable charge to dispute that charge with your bank.

What do you think of getting email alerts like Second Look about questionable credit card charges? What kind of credit-card alerts would you like to get?