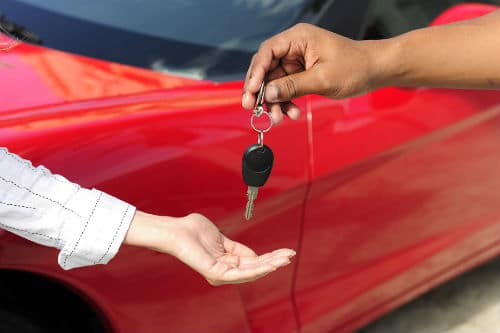 How To Get The Best Deal When Leasing a New Car

Thinking about leasing a new car? Here’s what you need to know.

When you’re shopping for a new car, conventional wisdom holds that it’s cheaper at year-end to buy the outgoing model year of a vehicle you want rather than the new incoming model year.

The thinking is that dealers are more willing to negotiate in the months of November and December in order to move existing inventory and make way for a fresh batch of vehicles.

Well, this negotiating wisdom holds true for consumers buying a car with cash or making a down payment and financing the rest of their vehicle purchase.

But what about those individuals who are planning on leasing a new car? Nearly 30% of new-car transactions are leases, according to Experian Automative.

For many of these customers, it actually costs less money to lease a new incoming year vehicle compared with leasing an outgoing year model.

That’s the finding of an analysis done by experts at Swapalease.com and Wantalease.com, after they scoured their data and found the precise monthly car notes consumers are currently paying when they lease new vehicles.

How is this possible that among these new-car lease options, the incoming year vehicles boast lower lease payments than the outgoing year models?

It all boils down to “residual value” – a term you should fully understand if you’re going to lease a car.

The reason the 2015 model is cheaper to lease is because the vast majority of 2015 cars have a higher residual than their 2014 model counterparts. And a higher residual value translates into a lower monthly payment for the consumer.

Here’s a more detailed explanation of how it all works and why residual value is one of the key factors in your leased car payment.

Residual value is fixed amount set by the leasing company based on mileage allowances and vehicle equipment. But residual value can also vary based on the mileage needs of the driver, which means residual value can be adjusted. In most instances, you’ll be automatically allotted around 12,000 miles a year for a new car lease. Drive more than that, and you’re looking at paying a fee of a few cents a mile for each mile you go over.

When you lease a car, those lease payments are actually covering the depreciation the car will experience after you’ve been driving it for the entire lease term. So think of your monthly car lease as you paying the difference between the current cost of the car and the projected value of the car in the future (i.e. once the lease ends). That future, expected value of the car (at the end of the lease) is known in industry lingo as the “residual” value. Again, the simplest way to think about it is that you’re paying for depreciation.

You already know that a car depreciates once you drive it off the lot. Well, any car that leaves the lot toward the end of the model year (like a 2014 model being sold in December 2014), will depreciate at a faster clip than a 2015 car that will just be starting its leased life at the beginning of the new year.

It’s easy to see why. Once those new 2015 cars hit the showroom, if you lease a 2014 vehicle, you already have “last year’s” model – and that’s true even if your 2014 leased car is brand-spanking new and has no miles on it.

In the leasing world, getting a “new” car at the end of the year means that, at the end of a 3-year lease, you technically have a 4-year old car. Thus, the lower residual value for a 2014 vehicle, compared with a 2015 car. If current trends remain in place, this will also be true in late 2015, for buyers looking at leasing 2016 car models.

But it would be a mistake to think that you can’t get a good deal on a lease, no matter which year vehicle you select.

“People feel like they don’t have any power when it comes to leasing,” says Swapalease.com spokesman John Sternal. “They walk into a car dealer and say: ‘What’s my monthly payment going to be?’”

But that’s the wrong approach, Sternal says, adding that almost everything is negotiable in a car-lease transaction, including the residual value.

“At the negotiation, you can impact your residual,” Sternal says.

A case in point: If you know your driving habits and “you’ll use fewer miles than the 12,000 average mileage per year allotment, you’re using less of the car,” Sternal notes. “That will make the residual go up and the payment will go down.”

Of course the opposite holds true as well. If you need to drive a leased car 15,000 miles a year, you’ll use more of the car, putting additional wear and tear on the vehicle and boosting the deprecation. “That makes the residual go down and the payment goes up,” Sternal adds.

The price of the vehicle (known as the “cap cost” or “capitalized cost”) is the primary point of negotiation on a lease. Negotiate the price as hard in a lease transaction as you would when financing a car. Your down payment (also called “cap cost reduction”) and any vehicle trade-in you may have also play into sales price negotiation.

Get the best interest rate possible

The interest rate, or “money factor” can also be negotiated. To get the best interest rate, clean up your credit before shopping for a car lease. A strong credit rating gives you additional negotiating power.

Compare deals side by side

If you’re car-shopping for a lease in December, have the dealer do a side-by-side comparison of a car you want showing the difference in monthly price between a new 2014 model lease versus a 2015 model of the same car. In most instances, the 2015 model should come with a lower payment, but this is not always the case, according to Swapalease experts.

Have you ever leased a car, and if so, did you get a good deal? Share your feedback here.