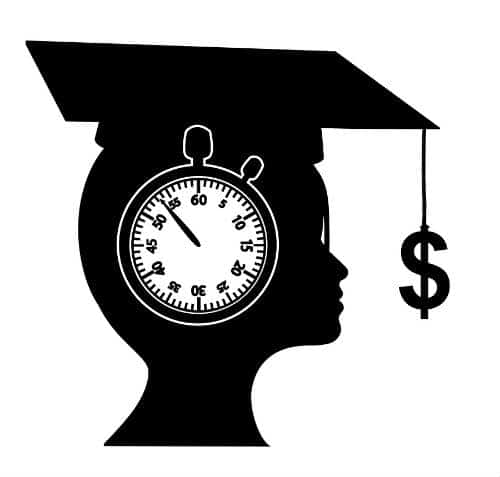 3 Steps to a Bachelor’s Degree in 3 Years

When I was an undergraduate at the University of California, Irvine, I had a close friend who was smart, ambitious and very focused on her academic studies. Her goal was to graduate in three years – and she did just that.

Not surprisingly, she later went on to quickly earn a graduate degree too, even while starting a family and getting married at a relatively young age. To this day, she’s happy and successful – personally and professionally.

For some students like my old college friend, four years is too long to be in school — academically, socially and financially. So these students accelerate their learning and aim to finish their undergraduate studies in just three years.

If you can earn a bachelor’s degree in only three years, it’s a major cost saver on tuition and other expenses as well. Earning a degree in just three years also prepares you to get on with “the real world” after college.

So what steps can you take set yourself up for a shortened undergraduate career?

Thankfully, there are three straightforward steps to take that can readily position serious students (as well as financially-challenged ones) for earning a typical four-year degree in three-fourths of that time.

The challenge is to get started in pursuing this game plan as soon as possible, because the earlier you set about charting an academic path for a three-year degree, the quicker you’ll actually get that coveted college diploma.

Taking AP and CLEP exams, as well as college courses while still in high school, are sure-fire ways to push you toward earning a bachelor’s degree in three years. Be sure to check out College Secrets for Teens, for my advice on the many ways you can take standardized tests, like AP exams, for free or at a very reduced cost and save thousands on college tuition.

College officials say that some of their most ambitious students – those who double-major or even triple major, and those who complete their studies in only three years – are individuals who typically come to college with college credit already earned.

That’s the case for my oldest daughter. As she embarks upon her freshman year at the University of Texas at Austin, she’s entering with enough AP college credits that she’ll be just shy of sophomore standing.

Step 2: Ramp Up Your Class Schedule

You can zip through college faster by taking online classes in conjunction with your regular classes, taking heavier course loads during the academic year, and studying during the summer months.

The more classes you pack into each school term, the quicker you’ll power through your studies. Just be cautious here, though. You don’t want to suffer from academic burnout. Nor do you want to take such an excessive number of classes that your grades drop.

Ideally, you never want to fall to part-time enrollment status. Always enroll as a full-time student, taking classes sufficient to put you in the higher end of a college’s full-time course load, typically taking either 15 or 18 credits per semester or school term.

It’s also a good idea to target schools that specifically offer three-year programs, several of which I profile in my book, College Secrets.

For example, Ball State University has a program called Degree in Three.

The University of North Carolina at Greensboro has an initiative called UNCGin3, which offers priority registration to highly motivated freshman, transfer and returning students who want to complete their degrees in three years.

Officials at the University of Charleston in Charleston, W. VA, who slashed the cost of tuition at the school by 22% a few years ago to promote affordability, are also pushing three-year degree options to save students money. At Charleston, about 25% of students there earn a degree in just three years, helping to dramatically minimize debt and overall costs for those graduates.

By following the three steps above, you can graduate in just three years, earn your bachelor’s degree without financial stress – and get on with your post-college work and personal life a year earlier than your peers.