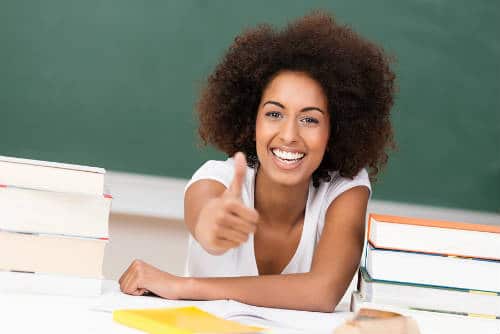 3 Ways to Make Sure Your Community College Credits Transfer

When you attend a two-year college, not being able to transfer college credits can hinder your ability to graduate, or graduate on time, both of which can be costly.

So before you attend any community college, make sure you have a game plan for getting in an out as quickly as possible, and then transferring on to the four-year school of your choice.

Regardless of whether you are currently enrolled at a junior college, or are contemplating attending a two-year school, here are three ways to make sure you community college credits transfer to a four-year college or university.

Use an Articulation Agreement

First, find out if your two-year school has a so-called “articulation agreement” with a four-year campus you’d later want to attend.

It should come as good news that certain states — among them California, Florida, Maryland, Massachusetts, Pennsylvania and Virginia — take articulation agreements one step further.

Not only do they guarantee transfer of certain college credits, they also guarantee admission into their public four-year colleges if you complete an associate’s degree at one of the state’s community colleges. Such in-state partnership agreements truly help transfer students aspiring to attend four-year colleges and universities.

“Most economically strategic students I know do two years at a community college and then two years at a more prestigious school,” says college expert Lucie Lapovsky. “It’s not nearly as expensive that way.”

Plus, many elite schools have special articulation agreements with community colleges as part of their efforts to recruit low-income students, Lapovsky adds.

Tap Into a National Transfer Network for Community College Students

But what if you want to attend a community college and then transfer to an out-of- state school or attend a private university? In years past, there was no seamless, coordinated way to do that. But there is now, as I revealed in my book, College Secrets.

American Honors is the only community college program in the United States that collaborates with both private and public institutions in a national network of four-year colleges and universities. Through this innovative two-year honors program, you can take virtual courses through a platform called Quad Learning, and attend classes on campus at local community colleges.

As of mid 2015, there were seven community colleges — in the states of Indiana, Michigan, New Jersey, Texas and Washington — that participated in the growing American Honors network. Organizers ultimately hope to build a network of 40 to 50 community colleges, each with 500 to 1,000 students in the honors program.

Equally important, more than 50 four-year colleges and universities have signed on thus far to the American Honors initiative, including some schools that offer guaranteed acceptance of transfer students who successfully complete the program.

The American Honors program tries to distinguish itself in several ways.

For starters, the coalition provides advisors to students from day one of their community college enrollment. Additionally, the honors program raises academic standards and challenges talented pupils. The goal is to immediately give high-achieving students the academic rigor as well as the tools, resources and expert advice they need to facilitate their transfer to four-year colleges.

But a chief selling point of this alliance is that it’s a network that crosses state lines, and it ties into private schools too. These features allow students to broaden their list of potential four-year schools — all without worrying about the usual difficulties in transferring college credits.

If you’re already at a community college, or the two-year school you’re considering doesn’t have an articulation agreement of any kind, you can still contact the college you wish to attend in the future and speak to an admission counselor or transfer adviser about your situation.

Find out what classes would get you credit and which won’t. Also ask about classes that would only meet elective requirements. Knowing a school’s transfer policies ahead of time can save you a lot of time, money and frustration later.

Finally, if a two year-college won’t be academically challenging enough, or if you can afford a reasonably priced four-year college, another college option is to go to a state university first — for the cheaper tuition — and then matriculate to a private school that is a better fit for you, in terms of academics, social environment and other factors.

Roughly one in eight students that begin at a public or private nonprofit college complete their degree at an institution different from the one where they started.

They know that in the end, it doesn’t matter where you started; just where you finished. After all, it’s the school you graduate from that will be the only name shown on your college diploma.