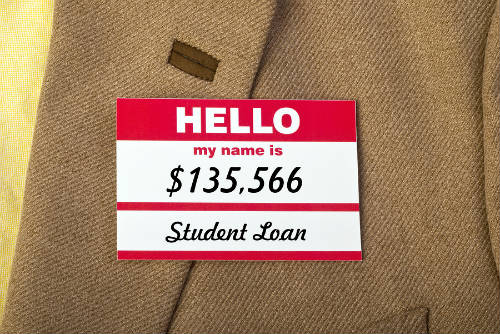 Can Your Kids Work Their Way Through College?

Parents: it’s time to wake up and face reality. Your kids can’t possibly “work their way through college” as the sole strategy to pay for their bachelor’s degree at a U.S. college or university.

If you think they can, you are deluding yourself about today’s economic realities.

I understand, however, why this delusion persists.

For decades, students could actually work a regular job and earn enough cash to put themselves through college. But working wouldn’t get the average student at a four-year institution very far these days.

That’s because a student attending a typical four-year public or private college — where tuition averages from $9,000 to $31,000+ annually — will probably never realistically earn enough to cover all of his or her school costs.

Among four-year public schools, the average price of tuition rose about 3% in 2014-2015, according to the College Board. That was actually one of the smallest tuition increases in nearly 30 years. For many prior years, the price of tuition surged anywhere from 5% to 10% annually.

These are economic truths that parents, grandparents and other adults need to be sensitive to in the present college environment.

It’s easy for those who earned a degree a generation ago (or longer) to say something like: “When I was in college, I worked my way through school and I paid for everything myself.”

Others will even add statements like: “I don’t understand students today. I didn’t take out student loans, and I didn’t ask my parents or the government for money, either.”

Well, it was possible 25 or more years ago to work your way through school, based on wages back then and the relatively reasonable college costs of a generation ago.

But college costs have skyrocketed over the past two-plus decades and wages have not kept pace. That scenario has effectively made higher education unaffordable even for most adults who are working full time.

Certainly, teens or young adults who are studying full time don’t have the earnings power to foot the bill for all of their school costs.

‘Stop Telling Us To Do It Just Because You Did’

Olson’s findings were as follows:

“What we see is a startling trend: Modern students have to work as much as 6x longer to pay for college than 30 years ago. Given the reports that a growing number of college students are working minimum wage jobs, this spells serious trouble for any student who hopes to work their way through college without any additional support.”

Olson concludes: “Perhaps it’s no surprise that tuition costs are rising, and college is becoming less and less affordable by the year. Yet somehow, the idea that we can work our way through college still persists. This ethos seems to be the latest generation’s version of the American Dream: If you work long and hard enough, and if you sacrifice enough, you will eventually graduate college without debt and land your dream job. But with the way this trend is going, it looks like even long and hard hours at work won’t even pay off any more.

In short, I’d like my readers to walk away knowing that it’s not nearly as easy to work your way through college as it used to be — stop telling us to do it just because you did a decade or more ago.”

Interestingly, Olson later went on to examine what was happening nationally — not just at his campus.

His later findings echoed his earlier research — demonstrating that it’s simply not possible for most students to use work alone as a way to put themselves through college.

In summary, Olson found that nationwide, the average university student in 1979 only had to work 182 hours per year to pay for tuition. That’s the equivalent of having a part-time summer job.

By contrast, the average college student in 2013 had to work a whopping 991 hours to cover tuition. That’s the same as holding down a full-time job for half of the year.

As Olson points out, the disparity in work hours is huge: modern students must work more than five times as many hours just to get the same education as their predecessors did back in 1979.

Furthermore, tuition is just one of many higher education costs. Even if a student could earn enough to cover tuition, those earnings wouldn’t pay for room and board, books, supplies and other necessities – not to mention, the dozens of “hidden” college costs that I reveal in College Secrets.

And believe it or not, room and board charges alone ($9,804) exceed the cost of in-state tuition and fees ($9,139) at public, four-year colleges and universities, the College Board’s data show.

So parents and others, encourage your kids to work if you want. But recognize that working will only cover a fraction of college bills.

And do cut students some slack when it comes to the outdated notion of working one’s way through college absent any other financial support.