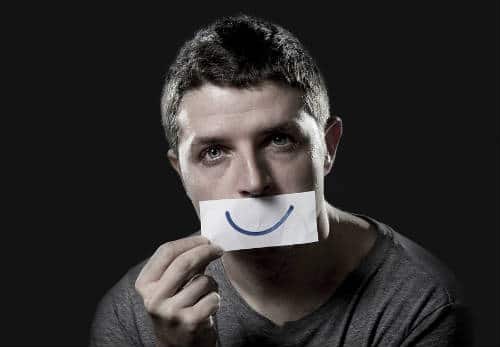 Is Your Credit Card Debt Making You Depressed?

You don’t need to be a rocket scientist to figure out that having a lot of credit card debt can be a drag.

Duh. It’s no fun stressing every time you get your monthly credit card statements or worrying if you’ll have the money to at least cover the minimum payments on your credit card bills.

In a study published in the May 2015 issue of the Journal of Family and Economic Issues, researchers from the University of Wisconsin-Madison suggests that credit card debt is statistically linked to depression – especially among individuals without college degrees, unmarried people, and those approaching retirement.

If you’re living with debt – and particularly if you only have a high school education, are single, or are between the ages of 51 and 64 – here’s what the research shows about the links between your debt and you potentially having depression.

The Type of Debt You Have Matters

For starters, this study distinguished between short-term debt, like credit card bills, versus longer-term obligations, like home loans.

“Results suggest that household debt is positively associated with greater depressive symptoms. However, this association appears to be driven by short-term (unsecured) debt; we found little evidence of associations with depressive symptoms for mid- or long-term debt,” the researchers wrote.

In other words, having a mortgage or student loan payments – two debts that typically take anywhere from 10 to 30 years to pay off – aren’t statistically more likely to make you feel depressed. (Of course, some people struggling to pay off unaffordable mortgages or get from underneath the pressures of staggering student loan debt may argue otherwise. But that’s what this research concluded).

The study also found that as people’s short-term debts rose, their symptoms of depression tended to increase as well.

That certainly that seems intuitive. After all, it can be mentally taxing to realize that you’ve got past-due bills or pressing obligations staring you in the face that must be paid very soon.

Nonetheless, the University of Wisconsin study didn’t try to predict which individuals would be more inclined to feel depressed about their debts. For instance, are those who’ve maxed out their credit cards statistically more prone to depressive symptoms? Perhaps. But the research didn’t tackle that issue or make forecasts about such matters.

Americans Back On a Debt Binge

Still, this latest study doesn’t bode well for people who’ve been racking up large credit card debts – and that’s a lot of Americans.

Unfortunately, “attitudes toward debt have not improved since the Great Recession,” says Odysseas Papadimitriou, CardHub CEO.

He adds: “We must strive to remember the corrosive impact of debt on household finances during the recession and work to get out from under its influence before the burden becomes unbearable again.”

Other Studies Highlight Health Risks of Too Much Debt

In broader terms, the University of Wisconsin paper isn’t the only study to find a link between large debts and diminished mental health.

Other research draws similar conclusions, and many studies have asserted correlations between debt and physical health risks too.

These associations held constant even after researchers controlled for prior socioeconomic status, psychological, physical health, and other demographic factors.

Overall, people in debt are three times as likely to have mental health issues compared with individuals who aren’t in debt, according to researchers from the University of Southampton and Kingston University in the U.K., who analyzed 65 different academic papers on the subject.

While this latter research drew several ominous conclusions about the ties between debt and its negative impact on mental and physical health, the researchers stopped short of drawing a direct causal relationship.

They said due to the absence of longitudinal studies, it’s difficult to say with certainty that high debt levels are a direct cause of poor mental and physical health.

As for me, I don’t need much more convincing to understand that high debt is bad news all around for you – financially, physically, emotionally and more.

Research or not, some things are just common sense.