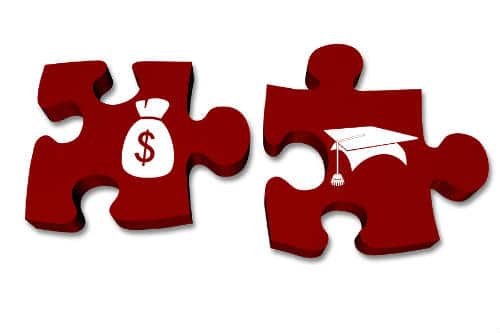 Nabbing one of these waivers is a terrific strategy to slash tuition for non-resident students – but you have to know where to get them and how to qualify.

In addition to regional exchanges and interstate compacts that offer lower tuition, some states and schools have their own direct tuition reciprocity agreements with border states or specific schools.

Under these direct agreements, you can obtain a border waiver from a school, allowing you to take advantage of in-state tuition.

A case in point is the University of Utah, which has a Border Waiver Program for non-resident students from certain high schools located near the border of Utah.

The school’s waiver initiative lowers the annual tuition rate for out-of-state students to 1.5 times the resident tuition. The program spells out eligible high schools — in three Wyoming cities, as well as one city in Nevada — whose students are eligible to receive the tuition reduction.

The University of Utah gives out 27 border awards each year, and they’re awarded on a first-come, first-served basis.

Like many schools, Utah grants priority status for waivers to entering freshman students. But when waivers are available, transfer students and graduate students may be eligible as well.

If you’ll be an out of town student, do an Internet search of the term “border waiver” along with the name of the college you want to attend. You’ll find that some schools even have direct border waiver agreements with specific counties, and even Canada, as do the states of Minnesota and North Dakota, permitting drastic tuition reductions for non-residents.

Get a Non-Resident Tuition Waiver

Likewise, a non-resident tuition waiver exempts out of town students from having to pay those pricey out of state tuition rates. With this waiver, out of state students are only charged in-state tuition, just like their local peers.

Even if you don’t see anything on the school’s website, you can still research whether the state in which the college or university is located has any special laws affording tuition waivers to specific types of students.

One good way to find schools that have nixed out-of-state tuition and bucked the trend of charging non-resident tuition, is to seek out institutions and states with aggressive recruitment efforts underway.

One such major recruitment drive is currently taking place in Mississippi, where post secondary schools rely heavily on tuition but have largely struggled to attract students.

State funding for Mississippi colleges has stagnated in recent years and schools there have faced tough competition from other regional institutions, such as the University of South Alabama, which waived non-resident fees for Mississippi residents.

So in 2012, Mississippi state legislators passed a law allowing colleges and universities to reduce tuition to in-state levels for out-of-state students in a bid to increase enrollment and entice non-resident students who otherwise wouldn’t attend.

After getting state approval, Delta State University became the first of Mississippi’s eight public universities to allow all non-Mississippi residents to pay the same tuition rates as students who live in the state.

Delta’s tuition waivers for all out of state students went into effect in the fall of 2013, and most other Mississippi state schools quickly followed suit. Non-residents save about $6,000 to $10,000 annually because of the change.

For its part, Ole Miss — the University of Mississippi — isn’t taking part in the same wholesale recruitment initiative that grants tuition waivers to all out-of-state students, according to Admissions Director Whitman Smith.

Smith says the University of Mississippi is fortunate enough to already have “an extremely healthy interest out of state” thanks to the great value the school offers and its abundance of academic programs and extracurricular opportunities for studies.

Smith notes that out-of-state tuition at the campus is currently around $19,000, one of the lowest amounts in the country for a flagship state school.

As a result, “40% of our students are typically from out of state, and over the last three years more than 50% of our student body has been from outside Mississippi,” Smith said, in an interview for College Secrets.

It’s a trend he expects to continue, especially as some states grapple with more student demand to access higher education, as well as admissions policies that favor in-state residents.

“This year, in terms of applicants, one of our largest states is California. For students there, it’s very hard to get in (to California state schools), and if you do get in, it’s increasingly difficult to pay for it. Then if you can pay for it, it’s still hard to get the courses you need” because of class size, Smith says.

He’s seeing the same trend from other states too. In particular, Smith says more students are seeking admission to Ole Miss from the state of Texas — where public colleges automatically accept the top 10%, or in the case of UT Austin, the top 8% of in-state students — and applications are up from Georgia too, where students compete for HOPE scholarships.

Unlike its peer schools within the state that have begun to offer tuition waivers to all out-of-state students who are admitted, Smith says the University of Mississippi offers selective out-of-state tuition waivers and scholarships to specific students, including military veterans, academically talented freshmen with high grades and test scores, students enrolling in STEM programs, as well as students from specific geographic regions that Ole Miss wants to target.

“We’re extremely aware of the rising cost of college and we do as much as we can to help students,” Smith says.