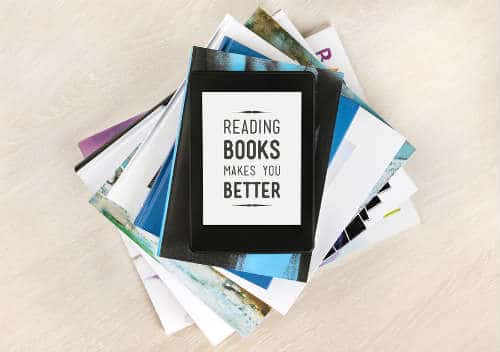 Picture for a moment a world in which students attending college would get all their textbooks completely free. Does it seem like a pipe dream?

Well, it’s a lot closer to reality than you might suspect — and not just for students formally enrolled in higher education institutions.

There’s a fast-growing movement in the U.S. to dramatically bring down the cost of college textbooks, and even make them totally free to students and others.

If this effort succeeds (and we should all cross our fingers that it does!), students and their families will save small fortunes — now and in the years ahead.

At the heart of this movement are open-source textbooks, also known as “open access textbooks.” These are course materials that authors offer free of charge via a nonrestrictive license.

When colleges and universities use open-source books, students benefit from these free educational texts written by college faculty, peer-reviewed and some say, more advantageous than old-fashioned texts.

One advantage: open access books can be easily and quickly updated, without having to wait for a couple years as is often the case with traditional textbooks that need to undergo revisions or corrections.

But the biggest and most obvious benefit of open textbooks is that they’re free. And this has a major impact on a student’s class choices and overall academic success.

A study released by the U.S. PIRG Education Fund found that American students would do far better academically if they all had free and open textbooks. The study was called “Fixing the Broken Textbook Market: How Students Respond to High Textbook Costs and Demand Alternatives.”

Among the study’s findings:

In light of these facts, even members of Congress are looking into the issue.

Luckily, as I explained in College Secrets, open textbooks are gaining in popularity among those in the know in academia.

Under one element of the program, the school decided to stop using a traditional biology book that had been required for two popular biology classes.

Instead of assigning the Bio book, which cost nearly $100, educators replaced it with a free, open textbook. That single change saved about $200,000 total for roughly 2,000 students.

Non-profits such as OpenStax College and College Open Textbooks are at the forefront of efforts to promote awareness and use of open textbooks.

OpenStax College is a digital publisher that permits students to download and print free open source books that the organization has created. The books are produced in full color and are peer-reviewed, just like more standard textbooks that cost $100 or more.

According to the organization, OpenStax College launched in 2012 and the group’s books have already saved 300,000 students more than $30 million, have been downloaded nearly 1 million times, and have been adopted by more than 600 high schools, community colleges, four-year colleges and research universities.

OpenStax College is now in the midst of rolling out what it calls its “biggest-impact titles to date,” publishing additional titles for courses that typically enroll more than a million U.S. students each year.

Among the books that have recently debuted were new titles for chemistry, pre-calculus, psychology and U.S. history. Eventually, OpenStax College, which is based at Rice University, plans to offer free books covering 25 of the country’s most-attended college courses.

Since OpenStax College has backers like the William and Flora Hewlett Foundation, the Bill and Melinda Gates Foundation, the 20 Million Minds Foundation, and other big-name supporters, I fully expect this ambitious non-profit to meet its lofty and admirable goals.

Meantime, for-profit companies like Lumen Learning and Boundless are also assisting colleges and universities in adopting open education resources. Boundless has a platform, for instance, that offers customizable intro-level textbooks in more than 20 subjects.

All this activity has some teachers and professors getting in on the act too, creating their own free textbooks, articles and web-based videos for use by students. Some do this on their own; others use the platforms offered by a variety of players in the open educational resource marketplace.

Proponents of open education share one common goal: they all want knowledge and learning — whether from a book, a lecture, an audiotape or anything else — to be free and open.

According to the group Textbook Equity — which offers free PDFs of open education, college-level textbooks — the definition of OER is “teaching, learning, and research resources that reside in the public domain or have been released under an intellectual property license that permits their free use or re-purposing by others.”

I like to think of it this way, when contemplating what it means to have free, open books:

The “free” part is pretty straightforward. It means no one has to pay anything at all to tap into these educational resources. That fits into the original point of education: for the learned members of a community to freely share their knowledge with others.

The “open” part refers to the use of legal tools (i.e. open licenses), giving anyone, anywhere in the world permission to use, reuse or even modify educational resources. (The latter part of the OER movement is a bit more complicated and will no doubt evolve over time.)

For now, just by asking, you can certainly find out if any of your college professors offer their own open source textbooks.

Also, check out the Community College Consortium for Open Educational Resources for a list of free online textbooks in various academic areas.