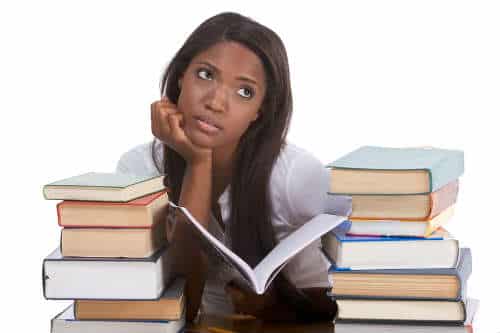 Room and board expenses at public four-year colleges now average $9,804 nationwide, more than the average tuition and fee charges of $9,139 at public institutions, according to the latest data available from the College Board.

That trend — of housing and meal costs exceeding college tuition — has actually been in place for several decades.

So understanding a variety of housing issues is critical to managing one’s finances and avoiding college debt.

Thankfully, those who can keep a level head about campus housing can fare just fine, even as they deal with escalating room and board fees.

In this article, I’ll share two do’s and don’ts that will help you to better manage room and board costs, based on information taken from my book, College Secrets.

In future columns, I’ll reveal five other recommendations that will aid you in keeping student housing from ruining your budget after you’ve settled in at your chosen school. Two of my suggestions can get you completely free housing.

So without further adieu, here are the first two ways to keep college room and board expenses under control.

Weigh the Pros and Cons of Living at Home

According to data from UCLA, 83% of students live away from home. Only 17% live with parents or relatives. The vast majority of students, 77%, live in campus dorms.

Here is a breakdown of where students live when they go away to college as freshmen:

Other Private Home, Apartment or Room — 2.5%

In a Fraternity or Sorority House — 0.6%

Despite the overwhelming number of young adults who leave home to attend college, some students automatically consider living at home because they think it will be cheaper.

In some ways they’re right. But in other ways, they’re dead wrong.

It’s definitely the case that staying at home means the family doesn’t have to spend money on additional housing costs for a dorm or an apartment near campus.

But it’s also the case that students who live at home have far lower graduation rates, and when they do complete school, it takes the much longer to do so.

So is it worth is to save about $10,000 in annual housing costs if it leads to you taking an extra year or two to graduate and you wind up paying an extra $20,000 or more in tuition for a 5th or 6th year? I don’t think so.

Research suggests that there are three primary drawbacks faced by those who choose to forgo a residential campus experience.

For starters, living at home diminishes a student’s ability to be more actively engaged on campus — limiting time to meet with professors at set office times (or even on an impromptu basis), and limiting time spent hanging out in the library, or just connecting with other like-minded students.

It’s also the case that many students who live at home have less “intensity” in their school work, meaning they’re more likely to go to school part-time, instead of full-time. Part-timers, naturally, don’t graduate as quickly.

Finally, research shows that many students who live at home while in school often do so simply because they picked a nearby college for convenience rather than quality or fit.

But just because a college or university is conveniently located close to your residence, that doesn’t mean it’s a quality institution, nor will convenience alone provide any guarantee that a “nearby” school is the best academic or financial fit.

For all these reasons, living at home typically has the effect of slowing down academic progress for many students.

Those who take longer to graduate (either in part because they live at home or because they need to work more hours) ultimately wind up paying more for higher education. There are additional years of tuition, more fees to pay, as well as the opportunity cost of forgoing work earnings when a student doesn’t enter the job market as planned.

Therefore, I’d suggest re-thinking the “stay at home” strategy. It could be penny-wise and pound foolish.

Besides, there are other ways to cut college costs, as described throughout College Secrets. There are also plenty of ways to shave housing expenses, like getting a roommate or two.

It’s amazing how some teens can survive the first 18 years of life sharing a bedroom with a sister or brother, or sometimes even two siblings. But then when they’re planning to attend college, these teens want nothing more than to live completely on their own.

Big mistake. Colleges charge fat premiums for students who live by themselves. Some schools won’t even allow freshmen to bunker down solo.

That’s a good policy because it’s in the student’s best interests — academically, socially and financially — to have a roommate.

Part of college life is learning how to get along with others, and yes, that includes strangers that you’ve never previously met. That is a skill that will also be required in the workforce where you’ll have to work in teams and do projects with others who haven’t been your best friends since 5th grade.

Moreover, roommates can be helpful sounding boards, study mates, social buddies, or just people to walk with to the dining hall with as students get adjusted to campus life.

Needless to say, having a roommate also significantly cuts your rooming charges.

In a dorm, double occupancy units will be far less than singles. Triples, with three students, will be even cheaper than doubles. And if you can stand it, quads are the most economical housing arrangement of all within most campus dorms and apartments.

Some schools even let a 5th student reside in a dorm or apartment. That’s the case at Stockton College in New Jersey, where students living in campus apartments with five students instead of four get an additional 15% discount.

“I’m always flabbergasted by the people who say they can’t afford college, but can somehow come up with money for the single room or the highest price dorm on campus,” economist Lucie Lapovsky says.

Remember that when you’re trying to cut college costs.