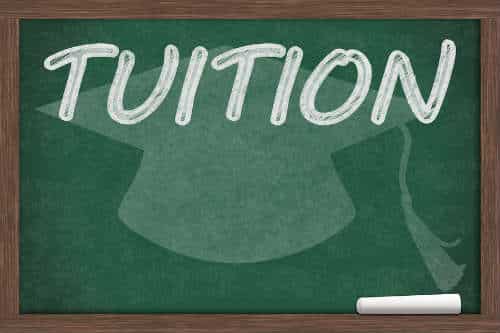 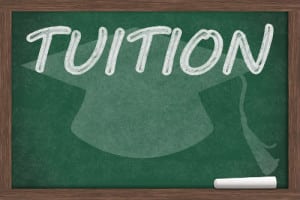 If you need further proof that college in America has become more like big business, look no further than the emergence of “differential tuition” over the past decade.

Differential tuition, as I explain in College Secrets, is a pricing structure under which colleges and universities charge some students a regular “base rate” of tuition but then charge other undergraduates — often those who will earn more money after college — higher rates of tuition.

The way it works is that most liberal arts majors seeking degrees — those studying English, History, Philosophy and so on — will have their tuition charges set at a rate equal to the published, basic tuition and fees you might see on a school’s website.

But if you’re in a pre-professional or specialty program, you’ll get hit with extra tuition charges — or a tuition “differential.” These additional fees can run in the thousands of dollars annually.

Unfortunately, many students and parents don’t even realize this surcharge exists until after a student’s been accepted into a more costly college program and gets the tuition bill. 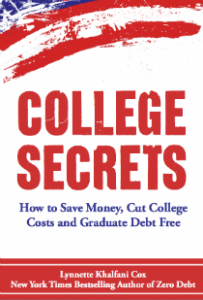 Here are a few examples of how differential tuition plays out in dollars terms at various campuses across the country.

At the University of Virginia, often regarded as one of the top public schools in the nation, in-state residents entering the school as freshmen in 2015-2016 via the College of Arts and Sciences were charged a base amount of $11,892 in yearly tuition and fees.

But UVA freshmen that opted to major in Engineering, and enter the School of Engineering & Applied Science, pay substantially more. They’re charged $15,892 in tuition and fees – a total of $4,000 or 33.6% more than their other UVA peers.

The same scenario plays out at colleges and universities throughout America.

At Iowa State University, most students were charged $3,324 for the Fall semester of 2015, but Architecture students were assessed $3,924 in tuition for the fall term. On an annualized basis, that’s a surcharge of $1,200 or 18% in additional costs.

At Western Michigan University, full-time undergraduate students entering the campus in the Spring of 2015 were charged $4,897 in flat tuition expenses, while those in the College of Fine Arts (studying Art, Dance, Music or Theatre), got hit with a tuition differential. Their tuition charges totaled $5,679 for the semester, which works out to $1,564 or 16% extra per year.

Meanwhile, at the University of Illinois at Urbana-Champaign, the school’s website does tell students that tuition is based on the program they’re studying.

Still, imagine the sticker shock some families must face if they take the time to drill down and see how big those tuition surcharges can get.

Why are colleges and universities increasingly pricing tuition in this way?

School officials offer two explanations. Some say that it costs more to deliver education in these majors. UVA explains its differential tuition, also known as “supplemental tuition,” like this.

But even more telling, some schools like James Madison University basically say they’re justified in charging higher prices to, say, business school or STEM students, since research shows those grads are going to command higher salaries after graduation.

Such sentiment is controversial and it flies in the face of the historic mission of colleges and universities, which was originally to impart knowledge and learning — not to try to capitalize off a graduate’s future success.

By charging certain college students more than others, those at state and public institutions in particular have changed the notion that publicly-funded education is a “public good.”

Instead, the argument seems to be that since individuals (the students) are going to get good jobs as a result of their education, schools (the institutions) have a right to be compensated for that — or at least propped up financially, via higher tuition.

That’s a sad commentary about where public education has gone. And it doesn’t speak well of private colleges either. It’s a profit-oriented, corporate-type mentality.

Not all schools, however, have bought into the notion that it’s OK to tie tuition to students’ future earnings.

UCLA officials, while open to the general idea of tuition surcharges for some students, nonetheless once rejected a proposal for tuition differential based on how much a student would earn in the future.

After studying the issue in detail, UCLA officials noted in a report that the university “did not believe that the earning capacity of individuals graduating with a particular major should be a determinant factor in the implementation of differential fees.”

“The reasons for it are (a) that undergraduate degrees are not terminal degrees for many graduates, (b) that many majors are nonspecific enough that graduates may work in diverse fields, making it impossible to predict their income generation potential, and (c) that UCLA degrees other than those from its professional schools are liberal arts degrees, rather than professional degrees, so implementing differential fees by major on the basis of earning potential would send a signal that is inappropriate to the mission of the institution,” the report said.

Despite these worries, a growing number of schools are using differential tuition – often to make up for lack of state funding or waning tuition dollars.

Less than a decade ago, differential tuition at the undergraduate level was still relatively rare.

Now, unfortunately, it’s become the norm rather than the exception to the rule.

Roughly two-thirds of business programs at public institutions accredited by The Association to Advance Collegiate Schools of Business (AACSB) use differential tuition.

According to a study by Glen Nelson, an executive with the Arizona Board of Regents, the surcharges imposed by differential tuition average 11%, but can sometimes hit 30% or more.

Some students sidestep tuition differential charges by simply choosing not to take certain courses or major in certain fields. Others wait – as the UCLA study alluded to – and declare higher-cost majors later on in their academic careers, in a bid to save money.

I wouldn’t recommend that as a first-line strategy, but I do understand if cash-strapped non-majors would opt to skip particular classes if they simply could not afford them in a given term.