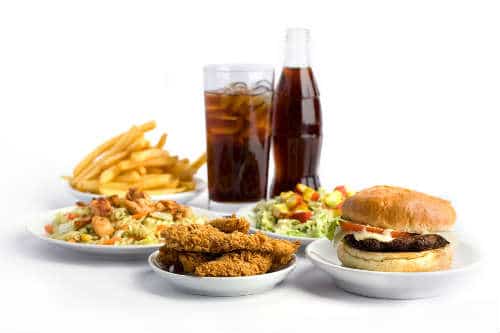 How to Cut Food Expenses While in College

The average college student spends about $765 to dine off-campus, according to Student Monitor.

It’s all too easy to overspend when many restaurants and eateries in college areas let students pay just by swiping their school ID cards.

There’s another reason students fork over a lot of dollars eating out: it’s their first time away from home and mom and dad aren’t around to serve those nice home-cooked meals.

So in place of ready-made meals, many college students turn to fast food outlets, pizza shops (either takeout or delivery) and other restaurants of choice.

It may seem like just $5 here or $10 there, but frequent eating out really adds up over time. Just $20 a week in dining expenses can put you at $760 in restaurant spending over the course of a nine-month school year.

Obviously, if you eat out more frequently while in college, or prefer pricier food joints, that spending tally can surge even more dramatically.

For budget-conscious college students who don’t want food expenses to become one of a slew of hidden college costs, here are a few ideas to save money and quit eating out so much.

The Benefits of a Campus Meal Plan

Instead of eating out all the time, make good use of your campus meal plan if you already have one.

Depending on your school, unlimited meal plans (not including housing) can run anywhere from $3,500 or so per school year at campuses like New Mexico State University to nearly $7,000 per academic year at high priced schools like UC Berkeley.

But I suggest that you avoid buying an all-you-can eat meal plan from your college or university. As I explain in College Secrets, those unlimited meal plans are usually overkill for the average student – not to mention a source of the dreaded “Freshman 15.”

Instead, start with a standard meal plan, which usually offers 15 to 18 meals a week. These meal plans will typically provide you with more than enough food so you’re never hungry, but you eat on a regular basis based on your own schedule.

For example, if you’re a late riser who never gets up until 10 am and you’ve scheduled all your classes for 12 noon and later, do you really need to pay for an unlimited meal plan that includes a daily breakfast that you never eat? That’s just throwing money down the toilet.

So the larger point is this: instead of eating out so often, use a meal plan that works for your sleeping habits, school schedule and work commitments.

Similarly, if you’re already shelling out several thousand dollars a year for on-campus food, make a point to eat the vast majority of your meals (if not all of them) on campus. Don’t waste a lot of extra money eating off campus at fast food restaurants or local food chains on a routine basis.

Cook Your Own Meals

If you don’t have a meal plan of any kind, a good alternative – even though it’s one a lot of college students may not like to hear – is to make weekly trips to the grocery store for healthy snacks and food.

Yes, Mom was right. Cooking your own meals is not only a lot better for your physical well-being, it’s also helpful to your financial wellbeing because cooking at home (i.e in your dorm or apartment) can save a lot of money too.

Besides, you’ll have to learn to cook at some point sooner or later. Once you get out of college, nobody’s going to do that for you. And you don’t want to get into the habit of needing to buy your meals out everyday just because you can’t boil water and cook up a quick pot of spaghetti.

A final way to cut your off-campus eating bill is to limit dining out to special occasions or once-in-a-blue-moon type of events. Even if your friends are regularly hitting the closest bars and pizza joints, just politely decline and tell them honestly “I’m watching my budget.”

When you do eat out for special occasions, favor local restaurants that give you nice student discounts off your bill.

Some daily deal websites, like Moocho.com, will also alert you to special restaurant promotions, such as half-off deals for students.

Chegg’s Campus Deals, which acquired and rebranded CampusSpecial.com in 2014, likewise lets students at more than 500 college campuses order and pay for food, as well as discover offers from local and national merchants. 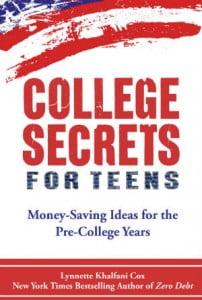 By the end of 2015, Chegg expects its Campus Deals platform to be available for more than 1,000 U.S. colleges.

Saving money in college is something you should strive to do as part of your normal routine. If you can get into the habit of being financially responsible now, that’s a positive trait that will help you for the rest of your life.