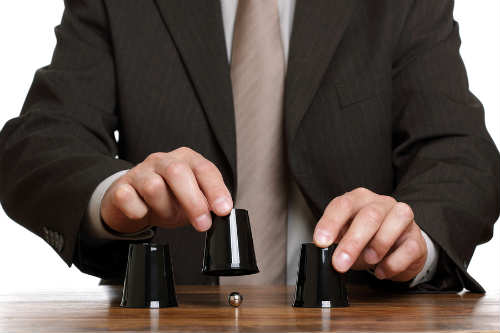 How Colleges Bury College Tuition Costs in the Fine Print

When college and university officials speak about their campuses, they do a good job of letting prospective students and families know about the range of academic offerings, extracurricular opportunities, student services and facilities at these institutions.

There’s the snazzy new athletic center that was just built where you can work out — or just watch a game.

There’s the convenient Student Services building where you can get tutoring or the massive library near the dorms, where you can burn the midnight oil and print out that lab report you need to submit for your Bio class.

And then there’s the tempting array of student clubs and activities where you can develop your talents or satisfy just about any personal interests you have.

You can’t go on a single campus tour or information session without learning about all the wonderful treasures that await you when you’re a higher education student.

Do you want to study abroad? Check. They’ve got you covered.

Are you interested in joining a fraternity or sorority? Check. Most four-year schools have plenty.

Are you considering doing field research domestically or internationally? Check. Faculty would love to help you with that.

Or maybe you want to major in engineering and minor in art? Check. That’s not a problem, either.

In the recruiting phase, schools officials boast about the “wealth of experiences and opportunities” you’ll derive from college. They should proclaim these benefits because, for the most part, what they’re saying is absolutely true.

But there’s a gaping hole the size of Texas in this whole conversation about the “opportunities” available at college.

That missing element is the shocking lack of conversation about the financial exchange that is necessary to make all of these wonderful opportunities materialize.

In short, here’s what that exchange boils down to:

That is the reality of getting a four-year degree in America.

So why is it that, amid all the exciting conversations about the 200 student clubs on campus or the discussions about the school’s wide-ranging facilities, money is rarely if ever mentioned?

In fact, to the extent that the subject of finances is raised at all, it’s only in the context of a brief “financial aid” Q&A, or when students and parents get shuttled off to a 30-minute or so session with a financial aid counselor to learn about the rules of college financial aid.

Invariably, money matters in these forums are relegated strictly to a school’s upfront costs — college tuition, fees, room and board, books and supplies. Schools with a bit more disclosure might mention how “families need to budget for extras” like a student’s personal expenses, or travel back home. But that’s pretty much it.

There is almost never, I repeat never, any discussion of what hidden costs you’ll encounter in higher education, especially to take advantage of the “tremendous opportunities and activities” that a school lays at your feet and encourages you to partake in while you’re a college student.

What are these hidden costs? They include everything from pricey parking fees and college tuition surcharges to so-called “one-time” fees and dubious internship bills.

The fees range from the superbly sneaky to the lame and laughable.

They include administrative padding, high markups, and many costs that colleges charge for no other reason than because they can get away with it.

Truthfully, most of these expenses are charges that you would expect to find at profit-making enterprises — even though most U.S. colleges and universities are, or claim to be, non-profits.

Most families don’t find out about these hidden costs until they actually get charged for the bills. A tiny fraction of individuals may know about some of these expenses, if they spend any time hunting around on college websites.

That’s basically the only place you’ll find most of these additional fees, and even then they’re typically buried deep within some hard-to-find webpage.

For instance, if you want to know about fees at UCLA, there’s a main Registrar’s page about fees. This main “fees menu” page then links you to more than four dozen other pages, including Annual Fee Charts, Term Fee Charts, Housing Rates, Miscellaneous Fees, special Notices and Letters about fees, Fee Descriptions and more. It would literally take a student or parent hours upon hours (if not days) to pore through all of these, much less make sense out of everything.

It’s a true disappointment that for most colleges, such disclosure becomes their first and last line of defense.

It’s their fallback position when questioned about hidden fees.

They feel that they’ve done their job of disclosing the true cost of higher education if they’ve revealed, in the fine print of some online document, that you’ll have to pay extra fees for study abroad, for printing that lab report, joining that sorority, or just to take an art class.

That’s to say nothing of the outrageous late-payment penalties or “sucker” fees that I reveal in my book, College Secrets.

A Lack of Transparency

I think it’s totally disingenuous and one of the biggest financial travesties taking place in higher education.

Instead of being truly transparent and upfront with students and parents about a slew of expenses, colleges and universities hide the true costs of college and keep numerous fees in the shadows as a way to lure students and trick families into thinking that these institutions are “affordable” when many simply are not.

This financial chicanery helps explain, in part, why so many college graduates come out of school with tens of thousands of dollars in student loan debt.

If people don’t know all the real costs of getting an education, how can they adequately plan, prepare for and pay such expenses without borrowing?

A failure to candidly talk about true college costs and to divulge those expenses in an upfront, transparent way also contributes to the college dropout problem in America.

Since about 60% of students who leave U.S. schools without a degree cite financial reasons as the main problem they faced, when are higher education administrators, staff and faculty going to take their share of responsibility for this issue?

Thus far, American colleges and universities have shown little to no inclination to help fix the problem of non-disclosure about college fees and costs. In fact, most of them are increasingly moving in the opposite direction of finding a true solution.

Instead of making fees more transparent, readily accessible and understandable, schools often mask fees in a variety of ways to diminish public outcry about the rising cost of a college education.

One of the ways schools skillfully mask costs is by rolling a long list of fees into a single charge.

This has the effect of silencing those protests that might erupt if students truly realized how much they were being nickel and dimed. But don’t be fooled by such financial games.

A fee is still a fee — even if it’s bundled with other charges, buried in the fine print of a school’s website, masked by accounting maneuvers, or simply renamed to make it sound more palatable to students and their families.

It’s time to start a real conversation in America about what it truly costs, financially, to deliver a good college education and what prices schools must charge to do that.

This would take away the whole charade surrounding schools granting college tuition discounts, a process that baffles most families and leaves colleges and universities struggling to have a sustainable pricing model.

It’s also high time that public institutions, in particular, stopped hiding behind “a lack of state funding” as the reason they impose all sorts of fees on students.

Even though private schools outnumber public institutions by about three to one in America, public colleges and universities nonetheless enroll about 70% of all degree-seekers. So they have a special role to play in fixing this mess.

In their defense, it’s true that public institutions get their revenues mainly from state funding and the college tuition and fees that students pay.

Unfortunately, since 2012, more than 40 states nationwide have been hit by reductions in state funding, leaving many officials at public colleges feeling that they have no choice than to make up revenue shortfalls from college tuition and fees.

But why haven’t public colleges and universities — which employ some of the best economists and thinkers on the planet — been able to come up with viable solutions to the problem of reduced state aid?

We all know this is an issue; it’s been that way for years and all available evidence suggests that this trend will continue. Is it fair then, or even feasible, for public school officials to think they can simply keep charging families ever-higher college tuition and fees as a way to deal with shortages in state aid? Certainly not.

Some creative problem-solving is needed to come up with other solutions: whether it’s a more cost-efficient delivery of education via online courses, fewer high paid professors and faculty members, or other viable options that involve the colleges themselves adjusting bloated costs, something has to be done.

If schools don’t make adjustments on their own, then they risk market forces doing it for them.

Sooner or later, students will turn in increasing numbers to a range of other options — whether that’s going overseas to study at much cheaper schools, passing on pricey schools in favor of more affordable ones, or simply choosing not to attend college at all.

Futurist Thomas Frey even predicts that 50% of all colleges will fail by 2030. Harvard Business School professor Clayton Christensen has issued a similar forecast.

Whether those predictions come true remains to be seen. But the handwriting is on the wall.

The question is: are colleges seeing the message clearly? If so, they should be willing to address these very real, very serious problems.