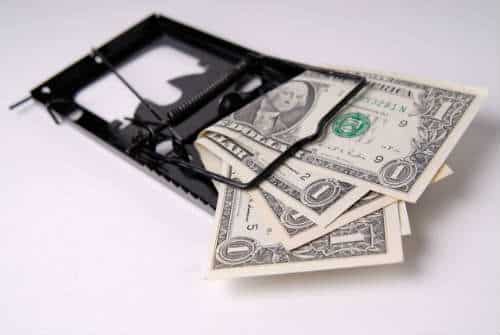 Are Payday Loans the New Credit Cards for Millennials?

Every year, 12 million Americans take out payday loans, spending more than $7 billion on loan fees alone, according to research from The Pew Charitable Trusts.

While people of all age groups and backgrounds get high-cost payday loans, studies show that Millennials are now turning to payday loans at a faster clip than any other segment of the working population.

“Most payday loan borrowers are white, female, and are 25 to 44 years old,” Pew researchers stated, adding: “People ages 25 to 29 are more likely to have used

payday loans than those in any other age group.”

The fact that the $46 billion payday loan market is thriving largely off of the backs of the country’s cash-strapped 20- and 30-somethings should serve as a wakeup call to help prevent bigger financial problems down the road if you need some help visit this company site .

Millennials already face high student loan debt. Student loans are preventing some Millennials from saving money, buying homes and becoming financially independent from their parents. So adding payday loans to the list of economic woes puts members of Generation Y that much deeper into the hole.

Even High-Income and Educated Millennials use Payday Loans

Despite popular misconceptions, payday loans aren’t being taken out solely by poor or low-income people and uneducated individuals.

On the contrary, a 2016 piece from Reuters cites a joint study from PwC and George Washington University, which found that 28% of college-educated Millennials have borrowed money from a payday lender.

Another 2015 article in the WSJ, drawing upon data from the National Financial Capability Study, notes that more than 40% of Millennials have taken out payday loans – including more than a quarter of Millennials with incomes above $75,000.

Finally, this 2014 column in Forbes, which references research from Think Finance, describes Millennials’ use of payday loans and other alternative financial services, as “widespread and independent of economic status.”

It’s clear that payday loans have become, for many Millennials, an increasingly popular go-to source for loans. Such borrowing isn’t entirely surprising, perhaps, considering that 63% of Millennials don’t have a credit card.

And since borrowing money from traditional banks typically means having a good credit score and clean finances, many Millennials may not qualify for a bank loan.

Other good lending options do exist however – especially in the form of peer-to-peer loans.

Prosper.com, for example, currently offers personal loans at interest rates starting as low as 5.99%. That’s less than half of most credit card interest rates, and it’s a tiny fraction of the exorbitant average annualized interest rates of nearly 400% charged by payday lenders.

(Related Reading: Disadvantages of Getting a Payday Loan)

Where Are Payday Loans Being Made?

Payday loans are available in 36 states. But they’re effectively banned in the other 14 states – such as New York, Jersey and Connecticut – since state laws there either cap loan rates at a low level, or prohibit payday loans in other way.

Unfortunately, when people are really desperate for cash, they’ll find a way to get these high-cost loans, even if it means borrowing money from a payday lender over the Internet.

About 80% of payday loan borrowers roll over their payday loans, keeping them trapped in a cycle of debt. One reason for this, Pew researchers found, is that the vast majority of payday loans are obtained to cover basic living expenses — not to cover one-time emergencies, as payday lenders often claim.

That’s part of how people get sucked into taking one payday loan after the next.

The borrower gets money from a payday lender to buy food or maybe cover utility bills, and the person is thinking: “I’ll catch up when I get my next check.”

But then that next paycheck has to be used to repay the payday loan – and all the while a host of other current bills still remain due. So the person either gets a new “renewal” payday loan” or “rolls over” the original loan, taking out new debt. It’s a nearly never-ending cycle, one that causes the typical payday loan borrower to take out 11 loans a year, Pew’s research has found.

The good news is that tougher standards will likely soon be coming to the payday loan industry.

The Consumer Financial Protection Bureau (CFPB) is currently preparing to offer regulations of payday lenders, who are also known as so-called “small-dollar lenders.” Reportedly, the CFPB is planning, among other things, to require that payday lenders assess whether a borrower truly has the ability to repay a loan.

If and when new CFPB rules take effect, that could mean far fewer Americans – especially Millennials – wind up in debt with unaffordable payday loans.