The Money Coach Blog
May 14 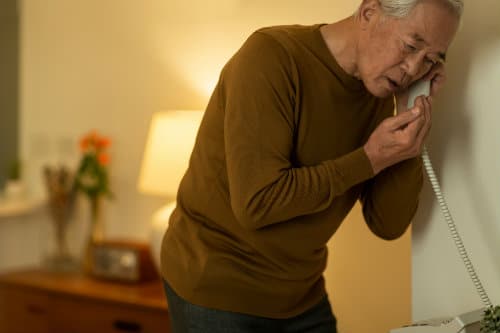 Laws that Protect the Elderly Against Senior Financial Scams

While everyone can be a victim of financial scams, one group is being targeted at astronomical rates. According to Bloomberg, approximately five million elderly Americans are victims of financial fraud each year. It is estimated that these individuals suffer annual losses of almost $37 billion. While this news in itself is startling, it is entirely possible that these numbers are grossly understated. A 2016 study discussed by Bloomberg found that for every financial scam case reported to authorities, approximately 44 are not.

Unfortunately, a growing reliance on technology, the rising accessibility of personal information, and the increasing vulnerability of the elderly have created a scenario where scams have become commonplace for aging members of the Baby Boomer generation. Last year alone, U.S. banks reported a record-setting 24,454 cases of elder financial abuse to the Treasury Department.

The trend of financial scams targeting the elderly is growing. Whether it be through a dating app, a fraudulent telemarketer, a fake call concerning an emergency related to a loved one, or the selfish motivations of family members, the elderly are at risk for a variety of financial scams. Fortunately, state and federal governments are taking action. If you have elderly loved ones or are one yourself, it is imperative that you know the laws in place to protect you if an unfortunate event such as this one occurs. Read on for three new laws that can help you and your elderly family members avoid financial scams.

Before this law was enacted in 2018, bank employees could not report any suspected elderly fraud activity for fear of being sued for “making a false claim,” if the suspicions turned out to be untrue. The Senior Safe Act does away with this obstacle by enlisting bank employees, investment advisers, and other financial services professionals to become allies. Now, these individuals can report suspected elderly fraud abuse to law enforcement without the fear of legal action. Financial services employees can now keep an eye out for suspicious charges, or irregular withdrawal patterns that could suggest that an elderly individual is being scammed.

State Laws that Permit the Notification of Potential Fraud

While the Senior Safe Act is a monumental effort by the federal government to curb elderly fraud, some states have gone even further to address this problem. Oregon, Tennessee, and Texas allow bank employees to cancel and delay transactions, or notify the family members of elderly individuals if they suspect fraudulent activity. State laws also extend to personal property. California law prohibits individuals from “taking, or assisting in taking, the real or personal property of seniors for wrongful purpose or with the intent to defraud.” States are taking into account that many financial service employees are acquainted with families. As a result, they are allowing these professionals to reach out to them to curb this problem.

The Extension of Statue of Limitations and Medical Protections

What are your options if the fraud occurred years ago? Fortunately, states like Rhode Island have enacted a law to criminalize residential mortgage fraud and extend the statute of limitations for specific offenses related to financial and banking fraud. Certain states have also recognized the vulnerable state elderly individuals can be in during medical emergencies and situations involving life insurance. Utah requires individuals to obtain court authority to provide “emergency protective services to a vulnerable adult in an emergency.” Also, Washington now prohibits guardians or limited guardians from restricting an incapacitated person’s right to communicate or associate with someone of their choosing. West Virginia also has similar laws on the books.

By 2030, 20 percent of the country’s population will be 65 and older. As this population grows, it is likely that fraud cases will continue to rise. Currently, the federal government and state lawmakers are doing what they can to help. In 2017, 24 states established laws or regulations related to elderly financial abuse. However, while these efforts are admirable and are likely effective, states will have to become even more nimble. From acknowledging the problematic spread of personal information online to the ease at which scammers can target landline phones —many of which are still used by the elderly—lawmakers have their work cut out for them. They will have to try to stay two steps ahead of criminals who are targeting elderly populations. However, in the meantime, detailed laws such as those mentioned above are a helpful first step.