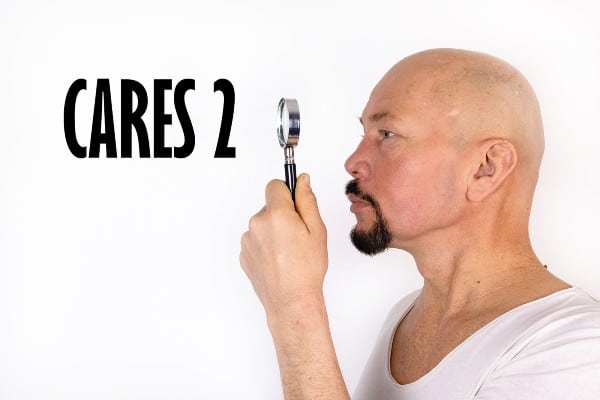 BREAKING: The Senate finally reached a deal on a $900 billion Coronavirus relief bill. Here’s a quick snapshot of what it includes and how much money it means for you:

– Survival checks / Stimulus Checks: $600 per adult + $600 per dependent, including those in “mixed status” families (i.e. families with U.S. citizens/lawful permanent residents (green card holders) as well as relatives who are undocumented without legal immigration status)

While $600 isn’t a lot of money – especially since $1,200 per adult was the direct payment in the earlier relief bill – Democrats are saying something is better than nothing. And they’re promising more aid will be coming once Joe Biden is in office.

– Federal Unemployment: extended by 10 weeks at a rate of $300/weekly

Like stimulus checks, unemployment assistance has been cut in half. Earlier in 2020, via the CARES Act, the federal boost in unemployment had been $600 a week, on top of what out-of-work individuals receive each week from their state.

– Housing support includes an extension of the moratorium on evictions

– Extension of Cash money for Food (i.e. additional SNAP Benefits and other food/nutrition support for kids, the elderly and more)

– Some support for Childcare Assistance

NOTE: Business will get to deduct expenses covered by PPP loans. That’s a major change from the first round of Paycheck Protection Program loans passed under the CARES Act in March 2020.

Small business aid via PPP loans will also be available to non-profit organizations and faith based groups.

NEXT STEPS AND MORE INFO

The House and the Senate must now officially vote on Monday Dec. 21, 2020. Lawmakers have given themselves a 1-day extension to get everything done and avoid a government shutdown.

Also of importance, here are two things that will NOT be in the new legislation:

– No poison pills; i.e. no liability protection for employers if their employees get sick from coronavirus while regularly going to work. This was something Republicans pushed hard for but didn’t get.

– No provision to limit the authority of the Federal Reserve. This was another item on the GOP wishlist that didn’t materialize.

– No major aid to states and local governments (outside of the mass transit provision). This aid was a major priority for Democrats, but it ultimately didn’t pan out. House Speaker Nancy Pelosi is promising she will make a renewed push for state aid when the Biden-Harris administration takes office on January 20, 2021.

The written text of the new legislation isn’t even completed. But both sides (Republicans and Democrats) have announced a definitive agreement, one confirmed by Senate Majority Leader Mitch McConnell and Senate Minority Leader Chuck Schumer.