Beware of These 3 Biggest Scams in Taxes

10
SHARES
165
VIEWS
Share on FacebookShare on TwitterShare on LinkedIn

The tax preparation industry is big business.  Each year around $20 billion is paid to software companies and preparers of individual tax returns and well over $3 TRILLION flows between Uncle Sam and taxpayers in the form of refunds and taxes owed.  With this much money at stake, it shouldn’t be a surprise that there is some fraud involved.  However, most people don’t realize how prevalent it is.  Let’s look at three of the most widespread and despicable forms of tax fraud and tax preparation scams.

The amount of identity theft committed via tax preparation is staggering.  IRS has identified 14.6 million false returns and stopped $50 billion in fraudulent refunds from 2012 to 2014 alone. Investigations of tax-related identity theft are up 66 percent during this same period, indicating this is a growing problem.

How does it work?  The criminal simply files a tax return with the victim’s social security number and has the tax refund delivered to them instead of the taxpayer.  This is a nightmare for the victim, of course.  They must file their taxes by mail, but more importantly they must call the IRS to get the refund they’re owed and get the fraudulent return corrected.  The victim will get their money—eventually, but it could be delayed for months. The IRS says a typical case can take about 180 days to resolve.

What can you do to minimize the chance of falling victim to this type of identity theft?

Sometimes the wolf is in sheep’s clothes.  In this type of fraud, a tax preparer creates big refunds by lying on the tax return, giving both the preparer and taxpayer a nice payday, usually without the taxpayer’s knowledge. The preparer increases the refund by claiming false deductions, excessive exemptions, and manipulating income figures to obtain tax credits, such as the Earned Income Tax Credit, fraudulently.  The preparer then uses the large refund amount to justify a higher fee to their unsuspecting clients.

When the IRS detects the false return, the taxpayer — not the return preparer — must pay the additional taxes and interest and may be subject to penalties.

What can you do to avoid being defrauded by a tax preparer?

The average refund is around $2,500 and is the largest single check many Americans get all year.  Unscrupulous preparers take advantage of this fact and overcharge consumers, cloaking it in the shadow of a large refund check.

For years, the most common method of predatory pricing was the Refund Anticipation Loan (RAL).  Similar to a payday loan, this is a short term loan that uses a forthcoming check as collateral.  In this case it’s the taxpayer’s refund check.  After fees and interest, the APR often is in the triple digits!  Thankfully, the government is pressuring lenders to stop such usury and most major US banks ceased making RALs in 2013.  However tax preparers and cash advance businesses are still offering similarly expensive financial products with hard to decipher interest rates to vulnerable consumers.

Another form of predatory pricing is the lack of pricing transparency by many tax preparers.  Some do this by charging customers a percentage of their refund rather than a fixed dollar amount.  20% sounds like a bargain until you realize you’re getting a $2,000 refund and you unknowingly agreed to pay $400 for tax prep. Other shops assert that they charge by the form and cannot predict which forms will be generated until they actually finish the tax preparation. Thus, consumers cannot comparison shop or predict how much they will actually be charged.  Preparers trick taxpayers into overpaying by hundreds of dollars by disguising the actual cost of their services using these and other shady tactics.

How can you avoid being price gouged?

By following the tips above, you can avoid becoming a victim of the three biggest tax scams in America. 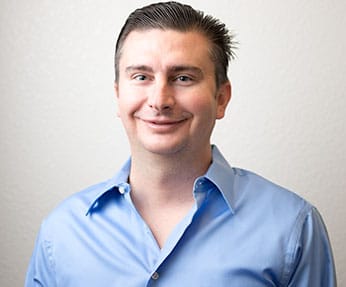 Bill Hendricks is the CEO and co-founder of Common Form, which helps people with simple finances file taxes in 5 minutes from their phone or computer.

Breaking Down the ‘Penalties’ of Single Tax Filings

With the new tax filing deadline looming, I stopped into Black News Channel’s “BNC Live” to discuss the upsides of joint filings and the disadvantages of filing solo. To kick...

Making the Most of Your Tax Refund

With tax season upon us, millions of Americans are expecting sizable refunds.  But there’s no consensus on the best ways to put that money to work.  I stopped into PIX 11 in...

Skip the Luxury Car and Other Vehicle Tax Break Tips

When it comes to purchasing your next vehicle, you could be leaving money on the table. The truth is that savings on your next car are not only dependent on...

Tax Pros and Cons for Uber and Lyft Drivers

While being a driver for Uber or Lyft is a great way to earn extra income, it can also come with many tax benefits and disadvantages. Getting an understanding of...

President Donald Trump and the Republican Party are trying to rush a massive tax “reform” plan through Congress with as little as possible public hearings on the matter. It’s little...

Starting in spring of 2017, the IRS plans to allow private debt collection agencies to retrieve outstanding tax debt from consumers on behalf of the government. Signed into federal law...