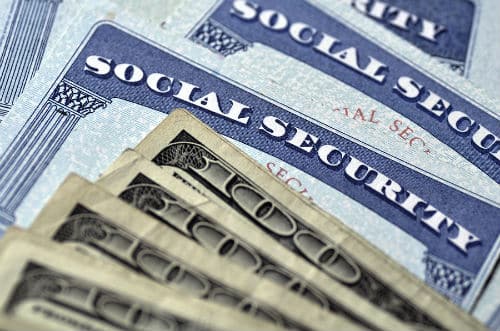 Deciding when to claim Social Security benefits is one of the most important financial decisions you will make during your life. Over 66% of today’s recipients are totally or critically dependent on their Social Security benefits to maintain their quality of life in retirement. Your choice of claiming early at age 62, delaying until age 70, or claiming sometime in between, can be the difference between living in financial security or discomfort.

With so much at stake, it’s important to carefully consider the different elements of Social Security so you can make the best possible decision.

Here are three important things to consider before you claim your benefits:

Longevity – You’re Probably Going to Live Longer Than You Think

While most people understand that people are living longer than ever before, they believe it applies to other people, not themselves. In a recent survey by the Society of Actuaries, it was found that about 40% of people underestimate their life expectancy by an average of 5 years.

People often use the excuse that, “they don’t think they are going to live that long,” to justify claiming Social Security early. They say that they want to get as much out of it as quickly as possible. However, what if you live a long time? Mickey Mantle once said, “If I knew I was going to live this long, I’d have taken better care of myself.” Upon turning age 80 or 85, you don’t want to look back and wish you made a better Social Security claiming decision.

We are told that the combined life expectancy for men and women in this country is around age 78. But life expectancy is simply an average! That means that 50% of people live beyond that age. Also, the longer you live, the farther out you push your life expectancy.

According to the Social Security life expectancy calculator, a 62-year-old person’s life expectancy is age 84 for males and age 86 for females. So, for a 62-year-old man or woman, there is a 50% chance that the man will live up to and beyond age 84 and the woman will live up to and beyond age 86. A 50% probability is large enough that you should plan for it to happen, and it’s a good reason to give serious consideration to delaying Social Security in return for a bigger monthly benefit. You may need that extra income when you are older.

COLA – One of Our Government’s Greatest Gifts

The Cost of Living Adjustment (COLA) feature of Social Security is one of our governments greatest gifts and the only pay raise that most people will receive in their retirement. Before you claim your benefits, you should consider how you can receive the biggest dollar increases in the size of your Social Security check every year for the rest of your life.

Most people think that because everybody gets the same COLA every year, when they claim their benefits has no impact on the COLA. While a person’s claiming decision will not impact the COLA percentage they receive, it will affect the dollar amount increase. This is simply because if you apply the same percentage to a bigger number, it will result in bigger increases. Also, the COLA will compound over time, causing the dollar difference between a smaller benefit and a bigger benefit to grow.

Skeptics may say that by waiting to claim benefits at age 70, you will miss out on eight years of COLA increases that accrue by claiming benefits at age 62. Amazingly, this is not the case! By waiting to claim benefits until age 70, Social Security will provide you with the past eight years of Retroactive COLA Credits. This means that they will apply the previous eight years of COLA credits to your benefit at age 70. This is an incredible aspect of Social Security that most people don’t know about when making their decision.

The Survivor Benefit – What Happens After When One Spouse Dies

After one spouse dies, one of those checks is going to stop. Luckily for the surviving spouse, they can continue to receive the bigger of the two checks. The bigger check is considered the Survivor Benefit. If the spouse who is going to receive the bigger benefit delays claiming as long as possible, they will maximize the size of the Survivor Benefit. This decreases the probability that the surviving spouse will struggle financially after the first spouse dies.

If nothing else, you should realize that there is an important decision to make regarding claiming Social Security. You shouldn’t automatically choose to claim at age 62 just because you can. The number of people claiming their benefits at age 62 has fallen to its lowest percentage in nearly 30 years! More and more people are choosing to delay for a bigger benefit. And by considering how longevity, COLA, and the Survivor Benefit play a role in your Social Security benefits, you’ll be on track to make a wise decision too.