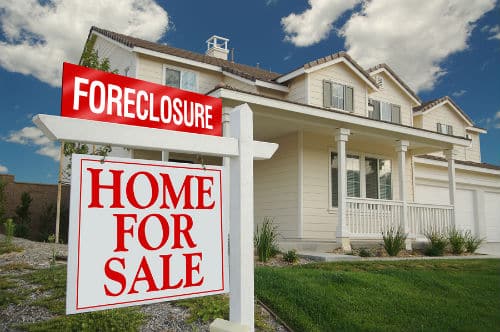 The foreclosure crisis is wreaking havoc on millions of Americans. Between 2007 and 2009, there were more than 9 million foreclosure filings in the United States, according to Irvine-Calif.-based RealtyTrac, an online marketer of foreclosed homes.

RealtyTrac’s foreclosure statistics count all types of foreclosure letters, including default notices, auction notices and bank repossessions. Unfortunately the problem isn’t going away. A record 2.9 million U.S. properties received foreclosure filings in 2010, and RealtyTrac predicts that foreclosure filings will peak in 2011, surging by another 20%.

Simply put: too many folks out there can’t afford their homes, and many don’t know what to do about it.

The Mindset of the Homeowner on the Brink of Foreclosure

Once you live in a home for any amount of time – whether it’s a year or a decade – you naturally start to develop some emotional attachments to your house.

You can probably recall family celebrations there, major life changes that occurred while you lived in the home, or even just things you did to personalize the house and make it your own. For all these reasons and more, it can be devastating to come to terms with losing the house you love and worked so hard to obtain.

Nevertheless, sometimes a big mortgage payment, in combination with all the rest of the bills and curve balls that life throws at you, can simply become too much to bear financially.

What To Know If You Think You Might Go Into Foreclosure

Judicial foreclosure – which is normally used in states where a mortgage is used as the security instrument on a home – is a lengthy process, involving a court lawsuit.

Other types of foreclosure methods exist, but they are far less common. For instance, strict foreclosure allows a lender to foreclose on a house simply by declaring that a borrower has defaulted. Strict foreclosure is legally permitted in only a few states, including Connecticut, New Hampshire, and Vermont.

Foreclosure Varies From State to State

The foreclosure process can vary widely from state to state, but the following is a synopsis of what usually occurs in a judicial foreclosure, where a lender sues you in order to get a judgment to seize your home and auction it off.

After you fall anywhere from three to six months behind on your mortgage, your lender will file a court complaint and also a “Notice of Lis Pendens” with your county recorder’s office. (Some lenders are more aggressive and want to file official notices as soon as legally permissible in order to cut their losses.

Others will first try to do everything possible to avoid commencing foreclosure.) The Lis Pendens is your official notice that you face foreclosure and that the clock is now ticking in order for you to bring your past-due payments current.

The lender will seek an entry of judgment or summary judgment from the court. The judgment spells out the entire amount due and establishes a sale date for the property.

If your defaulted mortgage isn’t brought current, usually another three months will pass before most lenders send you a “Notice of Sale,” indicating that a foreclosure date has been set. This notice will be posted on your property and also recorded at the County Recorder’s Office.

Depending on your lender and the state in which you live, foreclosure proceedings can vary – especially with regard to the speed with which your bank acts.

Don’t Wait for a Last-Minute Solution

No matter what happens: if you face foreclosure, deal with the issue head on. Don’t hide from your lender or keep your fingers crossed in the hopes that an 11th hour solution will magically appear.

The closer you get to a foreclosure deadline, the fewer options you have available.