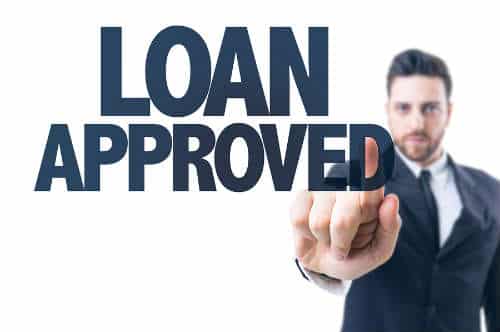 Peer to Peer Loans: 6 Things You Need To Know

Many people who have heard of peer to peer lending understand that it is a form of social lending that removes the bank as the middleman.

However, there are a lot of other factors about peer-to-peer loans, the peer to peer lending process or the P2P industry in general, that many people don’t understand.

When some people think about peer-to-peer lending, they assume that the borrowers are individuals with bad credit or people who have had so many financial mistakes and problems in the past that no bank will touch them.

In reality, the opposite is actually true. At LendingClub.com, the world’s largest peer‑to‑peer lending network, they deal only with “prime” and “super prime” borrowers. In other words, these are people with very high FICO scores and excellent credit ratings.

According to Lending Club CEO Renaud Laplanche, his company accepts only 10% of the loan applications that they receive. The other 90% are actually rejected.

This is one of the ways in which LendingClub.com is able to maintain high standards and assure the lenders, the individuals who are funding money to borrowers, that they will in fact get a return on their investment and that the money will be repaid.

One of the reasons why peer to peer lending has evolved over the past five to seven years is because there are a tremendous number of inefficiencies in the traditional banking environment.

Here is an example of just one. Anytime a credit card company or a bank that issues credit cards decides to raise interest rates on its credit card users, the company in question typically does a uniform, across‑the‑board rate increase.

But clearly, both are not credit worthy to the same extent. With peer to peer lenders, however, risk based pricing is critical.

Peer to peer loans are priced based on a person’s credit profile in a way that credit card issuers typically do not consider.

3.     The industry has gone beyond peer-to-peer or personal lending.

The traditional definition of peer‑to‑peer lending is one in which many individuals or “peers” loan money to another person or many people.

For example, a single lender might invest $2,500 to fund 100 loans of $25 each. That’s a case of one person providing multiple small (and partial) loans to many people.

When other lenders agree to fund a given loan, their funds get added to the mix until a borrower’s loan request is fully funded.

All of this involves individuals as borrowers and lenders. In reality, however, peer to peer lending over the last year or two has grown to such a level that institutional investors and corporate lenders are now getting into the game as well.

Laplanche, the CEO of Lending Club, told me recently that he has spent a huge part of his time over the last year or so cultivating corporate business after pension funds, mutual funds and other institutional investors, such as insurance companies all expressed interest in being able to loan money through a peer‑to‑peer network.

So, while it is true that most of the lenders/investors in peer‑to‑peer lending networks are individuals supplying loans of perhaps $2,500 or so, it’s also the case that institutions are investing $20 million to $25 million at a time, at least at Lending Club.

This goes beyond the pure, personal definition of P2P lending.

4.     Some investors have a soft spot for newlywed couples.

This might come as a surprise to many people. But believe it or not, some investors who are funding loans through social networks specifically target certain types of borrowers they want help.

Among those lucky borrowers are newlywed couples. At LendingClub.com, 2% of the loans are actually made to specifically for couples that have just tied the knot. Lending Club has facilitated about $400 million worth of loans to date.

These investors (the 2% of them) are fond of helping young couples so they don’t start out with debt in their marriage or have linger credit card debt after trying to pay for wedding costs or a honeymoon.

As of the end of 2011, the peer-to-peer lending industry totaled $1 billion. The volume of loans written in 2011, among the bigger networks like Lending Club and Prosper.com, tripled the amount of business that was done in 2010.

According to the CEO of Lending Club, they expect to do triple the volume in 2012 that they did in 2011. This shows you that peer to peer lending is growing by leaps and bounds, particularly as banks continue to have tighter loan standards and more stringent loan conditions for borrowers to meet.

P2P lending is “a new type of banking that has fundamentally changed things for consumers,” says Chris Larsen, Prosper’s CEO. He adds: “The larger environment is that banks are very unpopular and many are cutting back on (offering) credit, so people are looking for alternatives.”

One of the interesting things about the peer to peer lending phenomenon that has emerged in just less than a decade is that the overwhelming majority of borrowers are seeking peer to peer loans to consolidate high rate credit card debt. This is little wonder, perhaps, when you consider that the average interest rate on a credit card in late 2011 was about 15%.

Certainly many credit card holders pay 18% to 21%, and some even pay rates as high as 30% of more. In the social lending space however, the interest rates for loans are often far cheaper.

At Prosper.com, where loans can be repaid over one-year, three-year or five-year periods, the typical loan carries an interest rate between approximately 10% and 13%, according to Larsen, the company’s chief executive.

At Lending Club, the average loan there is 13%, LaPlanche said. Loans at Lending Club are issued only for three- and five-year terms.