Debt Snowball Vs. Debt Avalanche: Which is the Best Approach to Pay off Debt? 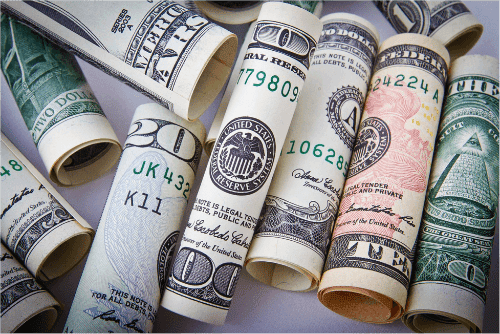 Anyone who’s ever been in debt knows one thing: it doesn’t make life easy. In fact, debt can have many negative effects on one’s livelihood. For example, having large amounts of outstanding debt can negatively affect your ability to obtain any type of credit, such as a credit card or a loan. Similarly, if you were in the market for a car or a house, you may find it very difficult to finance—ultimately leaving you with limited options (like taking on a loan with a drastically high interest rate).

Unfortunately, debt is a common reality for many; especially among Millennials. According to Chime, a no fee banking alternative, 68 percent of Millennials possess some form of debt, hindering a market with an estimated spending power worth $10 trillion over the course of their lifetimes. It goes without saying that debt has become a bit of a problem in this country, and that paying it off is not just in the interest of consumers, but businesses alike.

So what’s the best approach to become debt-free? You may have heard about two different methods: the debt snowball approach and the debt avalanche approach; but what do they mean, and which is more effective in paying off debt? Read on to find out which approach will work best with you.

The debt snowball approach is all about quick wins and gaining momentum over time. The idea is to pay off your debts according to the smallest balance first, while paying the minimum on the rest (regardless of interest rates).

The benefit to this is mostly psychological. You see, debt often comes in the form of mini balances left unpaid; from doctor’s bills, to store credit cards, to borrowed money from friends or family, you name it. Keeping track of it all—let alone paying it off—can feel overwhelming, and therefore this approach seeks to empower the individual, and give them the confidence, clarity, and additional cash flow they’ll need to be able to tackle larger debts.

The debt avalanche approach, on the other hand, changes the criteria under which debt repayment is governed. Instead of paying off the smallest balance first, this approach has you pay off debts with the highest interest rate to the lowest interest rate (regardless of balance).

This method ends up saving you the most money, making it objectively more effective in paying off debt. You will be paying less on interest after all. You may also end up tackling a lot of smaller debts along the way (most credit cards have an interest rate of 14 to 24 percent, but some can be even higher!).

So Which Approach is Right for You?

Your opinion on the subject may be influenced by calculating how much money you’ll end up saving by utilizing the debt avalanche approach. To compare the two methods, click here. The most important factor among both however, is that you remain committed to a debt repayment plan that sees you through until the end.