About Lynnette Khalfani-Cox, The Money Coach 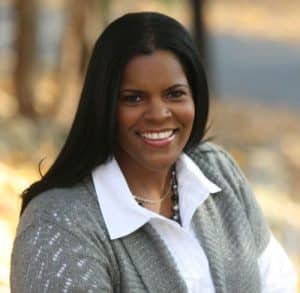 Lynnette Khalfani-Cox,The Money Coach®, is a personal finance expert, television and radio personality, and the author of numerous books, including the New York Times bestseller Zero Debt: The Ultimate Guide to Financial Freedom. Lynnette once had $100,000 in credit card debt, before paying it all off in three years and turning her financial life around.

Since then, she has appeared on such national TV programs as The Oprah Winfrey Show, Steve Harvey, The Today Show, Dr. Phil, The Tyra Banks Show and Good Morning America sharing her success story and teaching millions about proper money management.

Lynnette, an award-winning financial news journalist and former Wall Street Journal reporter for CNBC, has also been featured in top newspapers including the Washington Post, USA Today, and the New York Times, as well as magazines ranging from Essence and Redbook to Black Enterprise and Smart Money.

Lynnette is a money expert for AARP.  She can frequently be seen as a guest commentator on CNN, FOX Business Network and MSNBC.

Lynnette Khalfani-Cox in the media

12 easy ways to save for retirement – USA Today

How Seriously Should You Take Retirement Savings Calculators? – US News

Take Control of Your Financial Health  – The Dr. Oz Show

At Sea With a Book to Read, and the Author of It, Too – New York Times